The Secret Ingredient That Makes Cinnabon’s Cinnamon Rolls So Delicious

Hint: It’s actually a pretty obvious ingredient in the recipe. 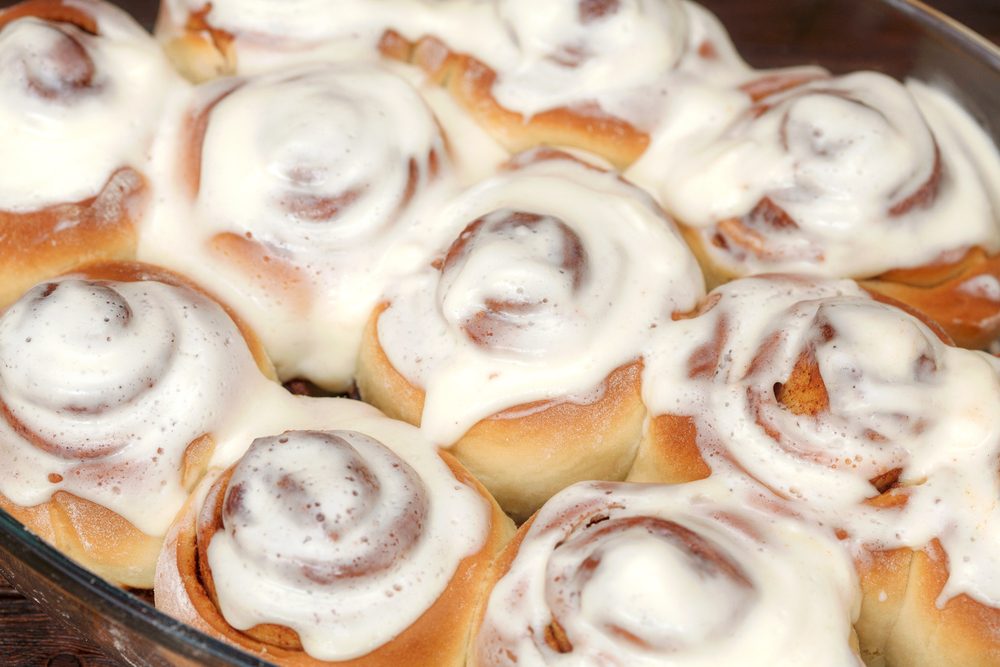 Some people might say that the best smell in the world is the smell of fresh air at the beach or the laundry that just came out of the dryer, but really, it’s Cinnabon’s cinnamon rolls. Have you ever passed by one of their stores and been drawn in by the delicious aroma? You’re not the only one. They use one secret ingredient that entices every customer to buy one of their delicious desserts: cinnamon. Make sure to avoid these common baking mistakes when making your own desserts.

Clearly cinnamon isn’t a secret ingredient in the recipe for cinnamon rolls, but it’s the type of cinnamon they use that’s key. They call it Makara. It’s a less sweet, but way more flavorful, cinnamon from the Korintjie region of West Sumatra in Indonesia. They trademarked it in 1996 and you can only buy it in their stores.

Another irresistible ingredient that can only be found on Cinnabon’s cinnamon rolls is their frosting. The sweet and sticky cream cheese frosting is the perfect topping to pull the whole cinnamon bun together.

Now that your mouth is watering, you should probably start googling the closest Cinnabon because there is no chance that you’ll ever be able to make a cinnamon bun that tastes quite as delicious as theirs. Next, check out these other secret pantry ingredients that make your recipes so much better.