I will always remember how it felt when she spoke up for me. 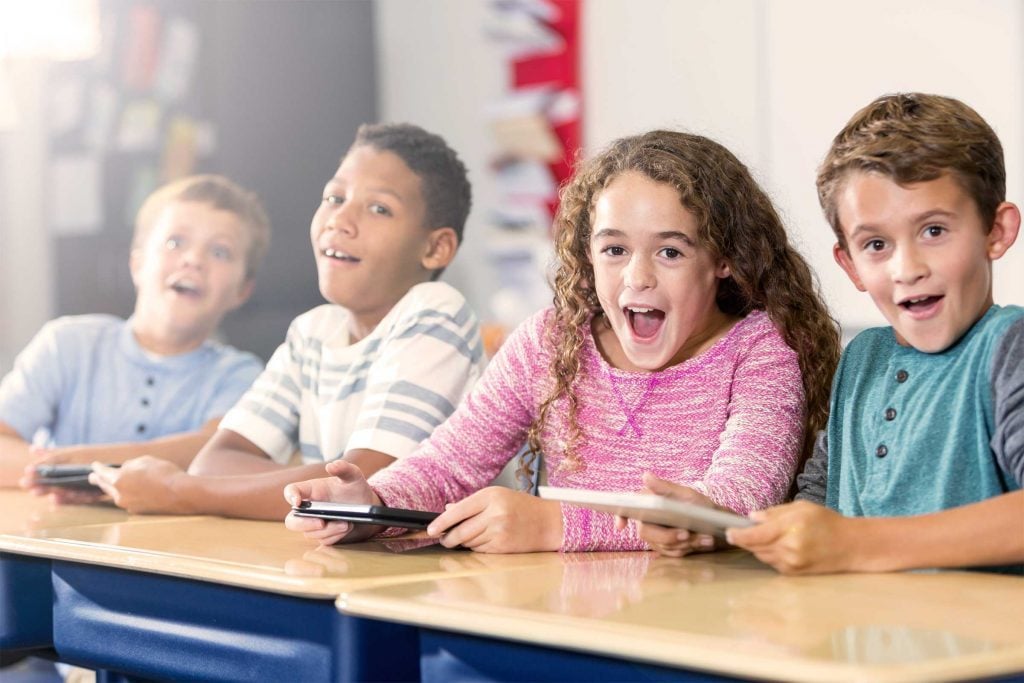 Until third period on the first day, when a teacher had us fill out a questionnaire with “get to know you” questions.

I assumed that she would be reading them privately, so I felt safe to share from the perspective of the sweatpants-wearing, Macarena-dancing, Christian-clowning little snowflake that I was.

The teacher collected the sheets, shuffled them, and redistributed them to the class. We went one by one. We’d read the student’s name and then our three favorite answers. My sheet ended up in the hands of a kid who was one of the coolest and meanest.

His “favorite answers” of mine were the three worst ones to be read out loud. The first question was “What’s your favorite movie?” The other kids wrote Scream and Universal Soldier. I remember thinking, We’re 11! How are you seeing R-rated movies?

He read my answer, Beauty and the Beast (which I maintain holds up better than the others, but I couldn’t make that argument effectively at the time). A laugh erupted from the room, and my cheeks burned because I knew we were just getting started.

The next question he read was “Where would you like to travel?” The others had said “Australia,” “Japan.” I wrote “Wherever a book takes me.”

The laughter this time had an explosive quality to it. The kids were high-fiving.

The final question was “What do you like to do on the weekends?” The other kids wrote “Hang out with friends” and “go to the mall.” I wrote “perform with Clowns for Christ.”

Those who weren’t laughing at me were sort of staring at me in disgust. I felt about an inch tall. I remember fixating on my Trapper Keeper binder and trying to figure out if I could somehow disappear inside it.

But then, something amazing happened.

But Michelle wasn’t done. She turned to the teacher and said, “Why are you letting this happen? What is the point if we’re just gonna make fun of each other?”

I don’t remember the teacher or the kids’ names, but I remember Michelle Siever’s name. I remember how it felt when she spoke up for me because she showed me that day that we actually have three options. You can be cool, and you might be remembered for a little while. You can be invisible, and you won’t be remembered at all. But if you stand up for somebody when they need you most, then you will be remembered as their hero for the rest of their life.

*Told live at a Moth show at the Flynn Center in Burlington, VT

Colin Ryan
Colin Ryan, 36, is a comedic financial speaker from Burlington, Vermont.
COPYRIGHT © BY THE MOTH. LISTEN TO OTHER ORIGINALS ON THE MOTH PODCAST, AVAILABLE AT ITUNES AND THEMOTH.ORG.