Ear specialists couldn't be clearer about this one: Don't use cotton swabs to clean your ears. This man's story will convince you. 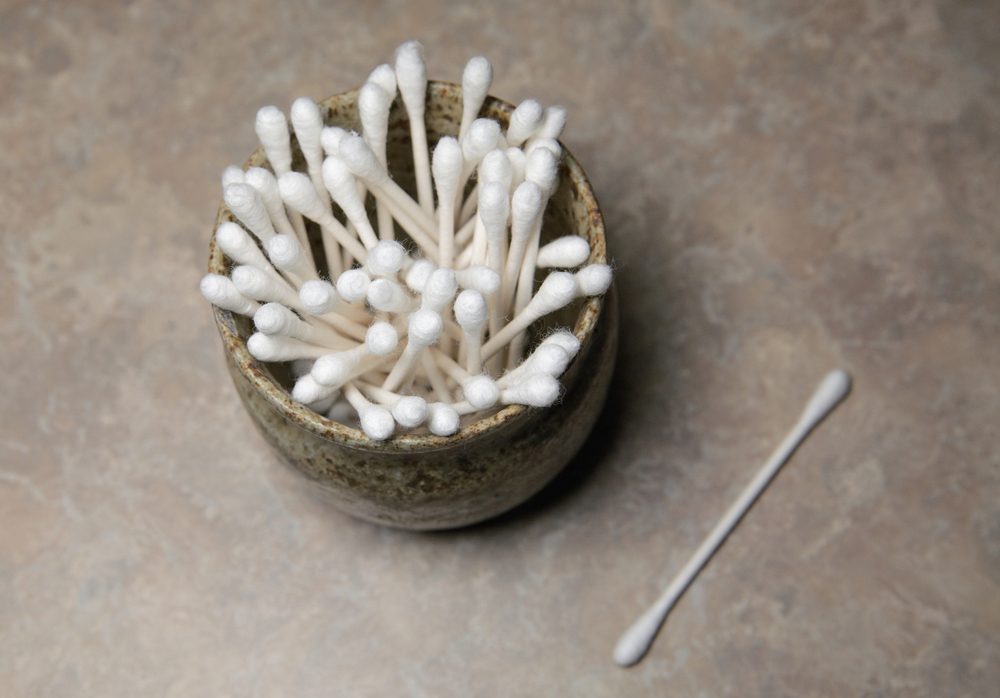 They say you should never stick anything smaller than your elbow in your ear, and here’s a really compelling reason why: A British man ended up in the emergency room after collapsing with a seizure: He had a brain infection thanks to a cotton swab.

According to the medical journal BMJ Case Reports, the otherwise healthy 31-year-old had been suffering from left ear pain and disgusting discharge for two weeks prior to the seizure. The man also had headaches on the left side of his head that were intense enough to make him vomit; that happens to be is one of the 16 signs your headache could be something serious. To top it all off, he was having difficulty remembering people’s names.

In the emergency room, doctors scanned his brain and found abscesses (serious infections) just above his left ear canal. When the doctors performed a surgical exploration of his ear canal, they found a “retained cotton bud”; while cleaning his ear with a cotton swab, the tip came off and got stuck in his ear. Instead of using cotton swabs to explore your ears, try one of these other 17 genius uses for cotton swabs that won’t land you in the hospital.

“The man developed a severe bacterial infection [necrotizing otitis externa] that started in his ear canal, progressed into the bone at the base of his skull, and then moved upward, into the lining of his brain,” Live Science reports. Alexander Charlton, MD, the lead author of the report and part of the team who treated the patient, told Live Science he suspects that either toxins from the bacterial infection—or pressure on the brain from swelling—triggered the seizure and the temporary memory loss.

Dr. Charlton believes the cotton tip had been there for a while, given all the wax and debris surrounding it. Once the doctors cleared the debris and treated the man, he made a full recovery. Ten weeks later he was symptom-free with no signs of infection. If you’re wondering how to keep your ears clean, here’s the right way—without using a cotton swab.