If You’re Collecting Rainwater In These States, Watch Out! It Could Be Illegal

It's fine in most states, but some have stricter rules! 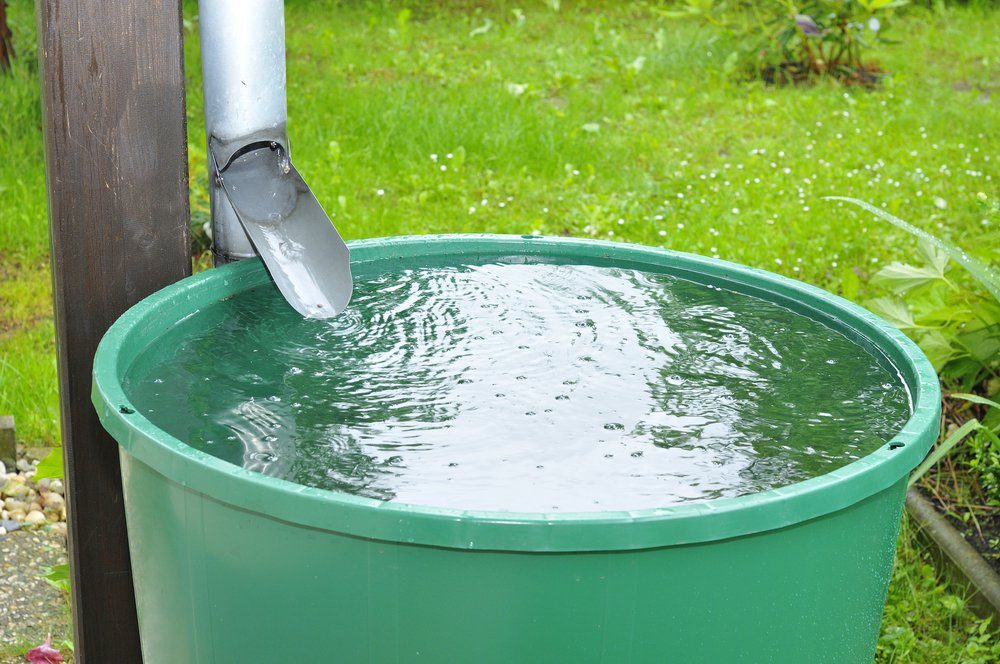 Putting a bucket outside to catch water while it rains may not seem like a huge deal, but according to state-wide law, it actually is. There’s actual legislation that determine rules on catching rainwater and what you can (or can’t) use the water for. So, if you’ve built a rain barrel utilizing rainwater for your home, it may be time to review all of the laws and legislation behind it. This is how to build a rain barrel, in case you’d like to try it (and it’s legal)!

According to the National Conference of State Legislatures, catching rainwater or “rainwater harvesting” can affect quality standards, public safety, and water rights.

That’s right, water rights are actually a thing. Some laws state that all precipitation belongs to existing water-rights owners and rain flow needs to join its rightful water drainage. If you aren’t familiar, water rights are a type of interest that can be typically tacked on to real estate ownership when a property is close to a body of water. This means the landowner will have the right to use that body of water, and in turn, have rights to that body of water’s precipitation surrounding it.

A journal published by the University of North Carolina titled “Rainwater Collection, Water Law, and Climate Change: A Flood of Problems Waiting to Happen” dives into water rights much deeper. The study states that any type of rainwater collectors (which can even include gutters from your roof or any other type of rainwater drain control) technically “infringes on the water rights lawfully belonging to someone ‘downstream.'” This may not seem like a big deal, but for areas experiencing droughts or any other water worries, legislation such as this can be necessary.

Obviously, your gutter isn’t doing much harm, but for some, collecting rainwater has even landed them in the slammer. Back in 2012, one man in Oregon collected 13 million gallons of water and created three reservoirs on his property thanks to his rainwater harvesting. That’s right, man-made bodies of water were created from his collecting.

While most states are completely fine with rainwater harvesting (even encouraging it), other states have specific rules and regulations when it comes to collecting rainwater. These states are also specific in the uses of the water. For example, if the water can be collected for “non-potable” purposes, it means the water is not suitable for drinking but can be used for other purposes. Potable water obviously means it’s safe to drinking, cooking, and bathing.

If you would rather not deal with legalities in terms of collecting rainwater, you may want to do double check the regulations within your state. Here are a few that have specific rules regarding rainwater harvesting. Plus, find out the strangest law in every U.S. state.

Rainwater harvesting is encouraged in Alaska and considered a primary source of water. However, there are some stricter regulations in terms of groundwater harvesting. The difference is in the way that the water is captured. According to the Alaska Department of Natural Resources, if you reside near a specific body of water, you do need a water right in order to use the water. If there wasn’t a water right transfer from the previous owner, you would have to apply for water rights accompanied by an appropriate fee.

It’s perfectly fine to collect rainwater in Arkansas but under specific conditions. You can collect the water for non-potable purposes as long as the system being used is designed by a professional licensed engineer with appropriate cross-connection safeguards and follows the Arkansas Plumbing Code.

Rainwater harvesting coming from your roof is fine in California. No permit from the state board is necessary. However, collecting rainwater for landscaping purposes would require a license. If a system is being used to create some kind of water supply (swimming pool, hot tub, fountains, ponds), a landscaper would be authorized to enter a prime contract for that rain capture system.

After having some pretty strict rules around rainwater harvesting, Colorado has changed their legislation quite a bit. Currently, residential homeowners can catch up to two rain barrels of water (approximately 110 gallons). However, the water should only be used for outdoor non-potable purposes on the property that it was collected, such as lawn irrigation and gardening.

For a while, Colorado had strict harvesting regulations due to the senior water rights, but after a study that determined only three percent of rain reaching a stream or groundwater, Colorado decided to finally make changes to their legislation. Learn some more surprising things that are banned in the United States.

There’s a specific piece of legislation regarding homeowners that is important to note in Illinois. According to the House Bill 991, it’s required within 120 days after a homeowners’ association, common interest community association, or condominium unit owners’ association, to receive a request for a policy statement or an application from an association member. This statement or application states the association shall adopt an energy policy statement regarding the location, design, and architectural requirements of solar energy systems. This would mean any type of wind energy collection, rainwater collection, or composting system.

Kansas allows water collection, but similar to Alaska, you’re going to need a water right to do so. The Kansas Water Appropriate Act protects people’s rights to use water—both ground and surface water—within the state. If you do not apply for a right (or already hold one with your property) it’s illegal to collect.

However, there’s no need for a water right if you’re using the water for domestic purposes. This means the water is used for your household or watering any livestock up to two acres of lawn and gardens.

If you’re not sure the line to draw between what is or isn’t considered domestic use, the Kansas Department of Agriculture can help explain that for you. Did you know that it’s illegal to throw away these 8 items?

Don’t worry, rainwater harvesting is legal. You just need to be careful with the rain barrel (also known as a cistern) that is used. Make sure that the barrel has a suitable cover. This follows up a law about selling polluted water to others. If you plan on manufacturing and selling water (which also includes ice), it’s illegal to hand anyone water that is polluted.

It was originally illegal to collect rainwater in Nevada, but a 2017 signed bill changed things a bit. It’s now legal to collect rain for non-potable domestic use. This law also allows remote guzzlers for wildlife that hold up to 20,000 gallons with a capture area no more than an acre. The piping system can also be no longer than one-quarter mile.

Like most of these states, rainwater harvesting is legal in North Carolina, but with a few regulations. The Department of Environment and Natural Resources must provide statewide outreach and technical assistance regarding water efficiency. This also includes developing best management practices for water reuse, harvesting, and greywater use. The State Law 243 authorized changes in the plumbing code facilitating the use of cistern water in residential and commercial buildings.

So what does this mean for you? Appendix C-1 talks in detail on rainwater recycling systems, specifically on how the water is non-potable. All rainwater systems should be inspected, and can only receive water from the roof of buildings or other catchments. All reservoirs used should be approved, and it should have an approved filter strainer, disinfected, and colored blue or green.

It’s perfectly fine to catch rainwater in Ohio, even for potable purposes. However, in order to provide drinking water for fewer than twenty-five people, the system you use needs to be regulated by the Ohio Department of Health.

Despite the story of the man who was sentenced to 30 years in jail for collecting enough water to fill 20 Olympic size swimming pools, it’s actually legal to collect rainwater in Oregon. However, you must have water rights permit to do so if you plan on using public water in Oregon. The exception is if you’re in a place for the general public using a barrel, bucket, tub, or rain gauge. Find out some things you think are illegal in America—but actually aren’t.

There are also other rules regarding residential, commercial, and industrial facilities. They are to promote rainwater harvesting, and the municipality is not allowed to prohibit or deny the ability to rainwater harvest for a public facility. the Texas Water Development Board is required dot ensure training for it to permitted members and staff of municipalities and counties on a quarterly basis.

Sorry, Utah, but rainwater harvesting has some stricter rules. Rainwater harvesting is allowed if it happens on land that is owned (or leased) by the person responsible for the collection. Their Senate Bill 32 states that a person must be registered with the Division of Water Resources in order to collect no more than 2,500 gallons of rainwater. You can still collect some water without being registered, by only one container that holds no more than 100 gallons.

Washington also has stricter rules on rainwater harvesting, specifically with where and how the rain is captured. Their former policy on having a permit to collect rainwater from rooftops was revoked, but they still have some pretty strict regulations. Some areas of Washington are stricter than others, so it’s best to check with your specific county to see if there are any limitations regarding rain collection.

At this moment, you don’t need a rainwater collection permit if the rainwater is used on the property and is collected from existing structures that have purposes other than collecting rainwater. Make sure that rainwater collection isn’t restricted due to local regulations in counties experiencing negative effects of rainwater collection. Also, if the water being collected is used primarily for drinking for a new building, it’s best to check with your county to see if that is allowed. Read on to find out more things you’re doing all the time that might be illegal. 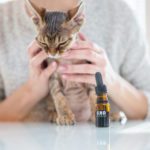 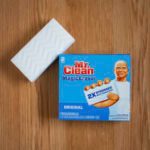 10 Things You Should Never Clean with a Magic Eraser 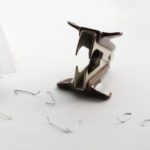 How You Could Be Perpetuating Microaggressions at Work Without Realizing It