Q. My divorced mother turned 50 and is going through menopause. She has always been very reserved and giving, but

Q. My divorced mother turned 50 and is going through menopause. She has always been very reserved and giving, but now she’s going nuts. She drinks and goes clubbing on the weekend, and she doesn’t seem to care for her children or grandchildren the way she used to. Her doctor believes she’s depressed and put her on medication, which has made her wilder. I’m in college, and I understand that she wants to have fun, but I still want her to be there for me. How do I get her to understand my needs?
–Feeling Abandoned

A. You’re an adult now, and maybe it’s time for you to be there for her. Stop calling your mom nuts and start telling her you love her—even when you find her behavior baffling. Realize that a woman her age may feel the need to reinvent herself after 18 or so years of round-the-clock parenting. Many women want to “catch up” where they left off before they became parents. It can be a thrilling yet confusing and awkward time. Your mom worked hard to raise you; she was your rock. Show her what you’re made of: Be her rock.

Q. My boyfriend lies habitually. How can I help him stop?
–True Love

A. Biting fingernails is a habit. So is smoking cigarettes. Chronic lying is not a habit; it’s a manifestation of a significant character flaw, and nothing you do will get rid of it. By the way, sticking with bad boyfriends is a habit. Get over it—and him.

Q. My neighbor started to fence in her yard because of her dog but never finished, because of cost. She’s a lovely person, and the dog is well behaved. But he sometimes comes to our yard to do his business. If she catches him, she always cleans up, but sometimes she doesn’t see him. I don’t want to phone her every time he poops. Our town has a leash law, and she really should finish the fence. On the other hand, I don’t want to see the dog tied up, nor do I want to damage our friendship. What should I do?
–All Pooped Out

A. Good for you for not wanting to chain up poor Rover. You score big doggy karma points. Could you afford to split the cost of the fence, since you would also benefit from its completion? Remember: A lovely neighbor is as rare as a good neighbor’s dog. Invest in this relationship!

Q. I have been married only a short time, and I love my wife dearly. She has a daughter who’s 8 and a son who’s 17. The boy is very lazy. When he’s told to do chores, he does a half-hearted job. He’ll step around everything as if he can’t see that it needs to be cleaned up. My wife tells me to speak to him, but she also says I complain too much. We’ve had several fights about this. I’ve taken everything away from him, but he just sits there, doing nothing.
–Out-of-Patience Pop

A. Blended families can be enormously difficult, so cut yourself some slack. Give yourself bonus points because you’re handling a teenager—life’s trickiest personality package. Good job! See how good that feels? Now please apply this same lesson to Slacker Boy. If he doesn’t get some positive reinforcement from you soon, you’re going to lose him for good. He actually does his chores? This is advanced! Tell him you notice. Tell him “Good job!” Tell him you expect more of him because you love him and value his role in the family. Tell him, specifically, one extra thing you’d like him to do. When he does it, praise him out the wazoo. Repeat often.

Life’s Little Etiquette Conundrums
Q. At a recent concert, where seating was on folding chairs, my seat was next to a very large man, whose corpulence infringed on my personal space. My sister says I should have asked for another seat rather than be squashed, but I wanted to sit with my family. What should I have said?

A. What would you say to him? “Please adopt a healthier lifestyle and lose some weight before the concert begins”? Seating in concert halls, on airplanes, and on various roller coasters has not caught up with our nation’s plus sizes. Approach this particular real estate problem as if you’d been stuck behind a pillar: bad luck. Deal with it, or request another seat—your right as a paying ticket holder. Either way, try not to stew about it. Enjoy the music. 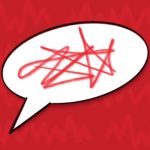 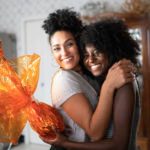 60 Best Friend Gifts for Every Type of Friend