The following 'Star Wars' puns, bar gags, and dad jokes are so brilliantly dumb, they will hit both the ultra-fans and the uninitiated with equal... force.

Q: Which program do Jedi use to open PDF files?

Q: Which website did Chewbacca get arrested for creating?

Q: Why did Anakin Skywalker cross the road?

A: To get to the Dark Side. Check out these hilarious Star Wars movie titles that almost happened. 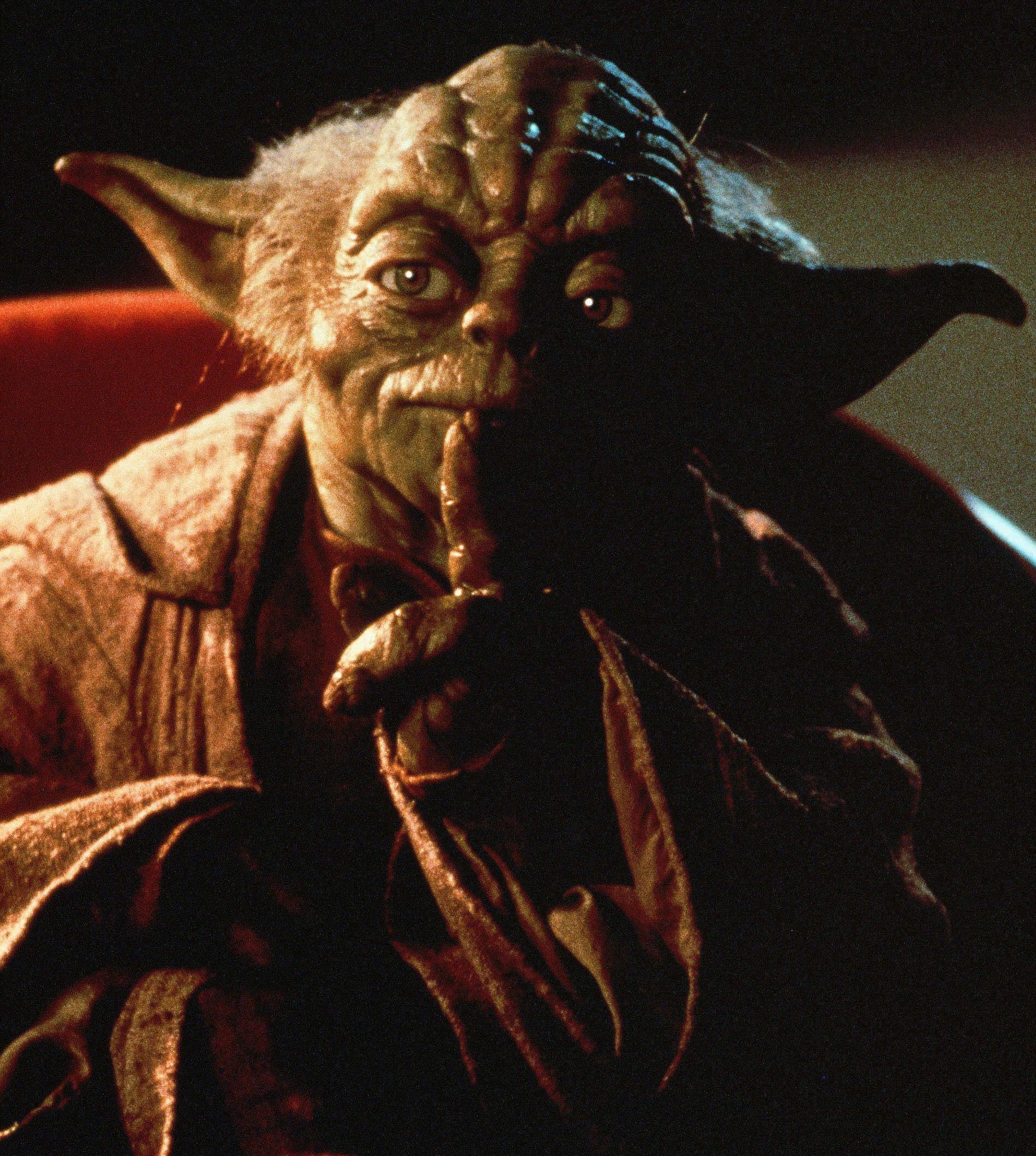 Keith Hamshere/Lucasfilm/Kobal/ShutterstockQ: Why is Yoda such a good gardener?

A: Because he has a green thumb. This Yoda joke will make any member of both sides laugh. Check out these mindblowing facts about Star Wars.

Q: And why can’t you count on his to pick up the tab?

A: Because he’s always a little short.

Q: How do you get down from a bantha?

A: You don’t. You get down from a goose.

Q: What did the specter of Obi Wan Kenobi say to the bartender? 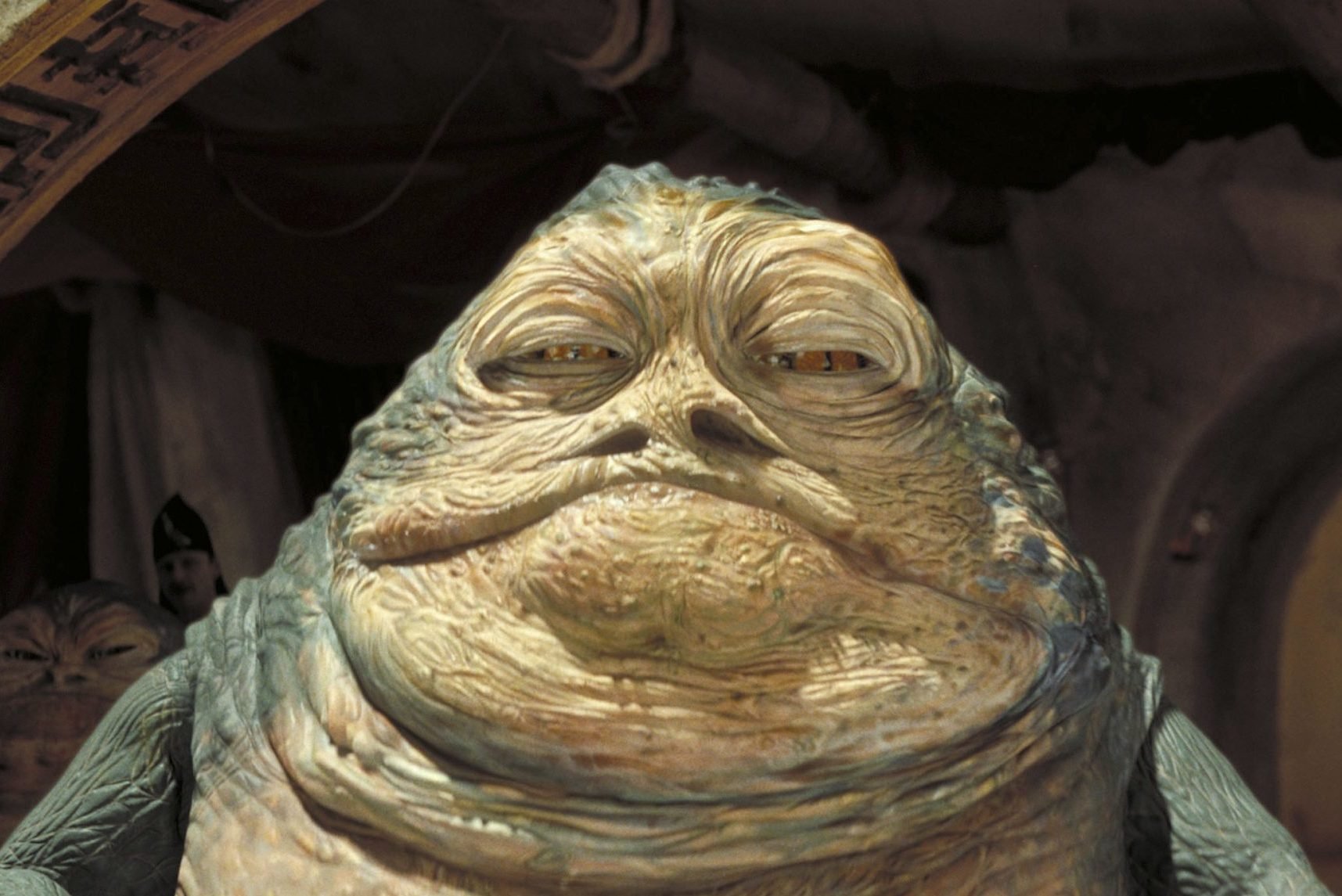 Lucasfilm/Kobal/ShutterstockJabba the Hutt is fat.

How fat is he?

So fat, Obi Wan took a closer look and said, “That’s no moon.”

You won’t want to pass up these 25 corny jokes that everyone will laugh at.

The Star Wars text crawl walks into a bar.

“Get outta my pub!” the bartender yells. “We don’t serve your type here.”

Luke walks into the Mos Eisley cantina, cradling a slab of dirt in his arms.

“A pint for me, and one for the road.” Did you know that the Star Wars series almost never happened?

The Death Star’s shield generator walks into a bar. The bartender scowls and says, “Alright pal, I’ll serve you, but don’t start anything.”

An Ewok strolls into a bar and says to the bartender, “I’ll have a whisky and …… soda.”

The bartender says, “Sure thing—but why the little pause?”

Check out the Star Wars locations you can visit in real life.

Two Jawas walk under a bar. 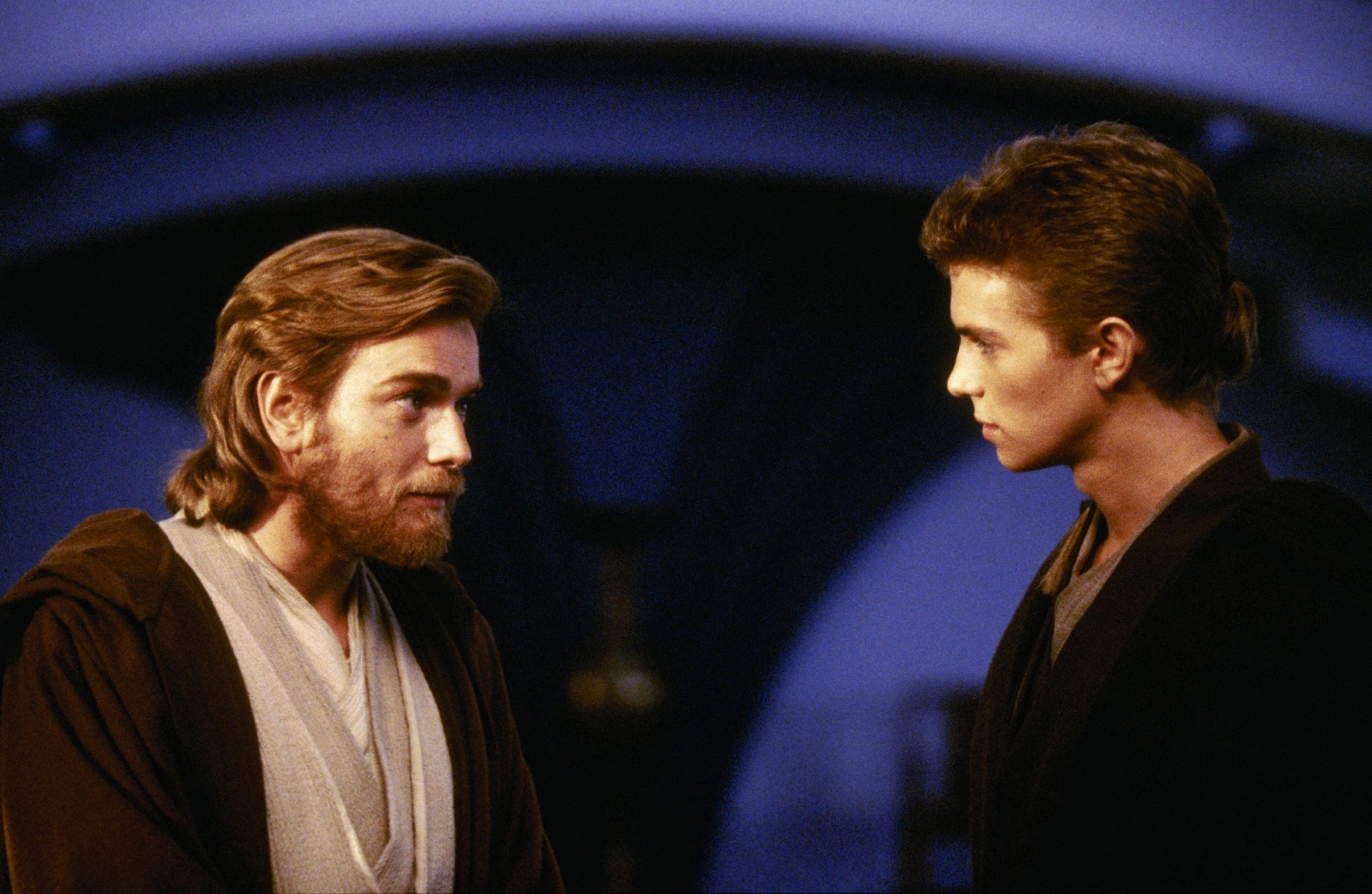 Lucasfilm/Fox/Kobal/ShutterstockLuke and Obi-Wan walk into a Chinese restaurant. Ten minutes into the meal, Luke’s still having trouble with the chopsticks, dropping food everywhere. Obi-Wan finally snaps, “Use the forks, Luke.”

A clone trooper walks into a pub and asks the barman, “Hey, have you seen my brother?”

“I dunno,” says the barman, “What does he look like?” Check out how May the 4th became Star Wars day.

A Hutt slithers into the food court. The cashier says, “Hey! We have a pizza place named after you!”

The Hutt says, “You have a pizza place named Jabba Desilijic Tiure?”

If these are making you laugh, wait until you read some of these dad jokes.

“Luke… I’m reading a great book about Force levitation… I can’t put it down.”

“Luke…did you know I almost joined the Jedi Debate Team? …Somebody talked me out of it.” 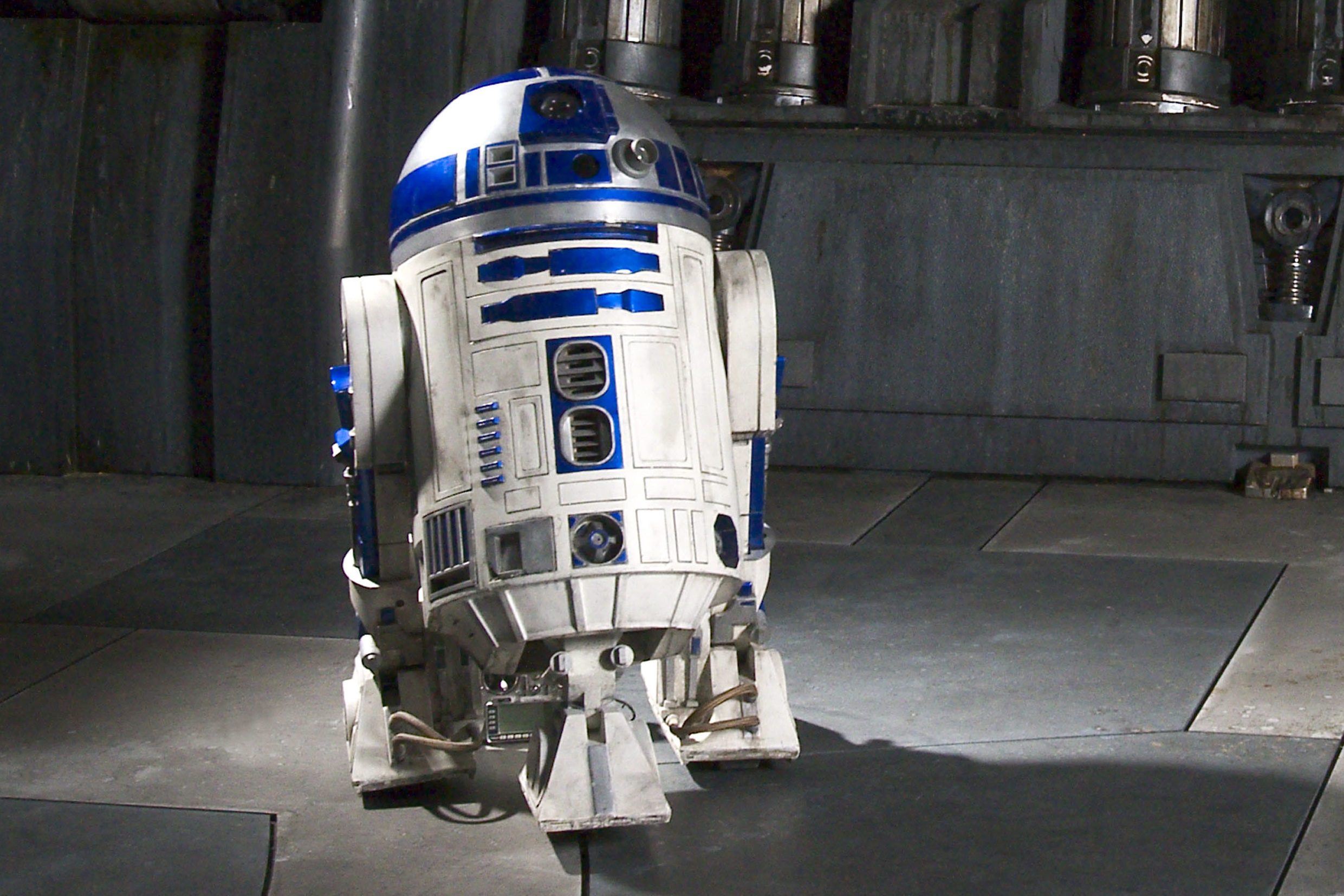 Lucasfilm/Fox/Kobal/Shutterstock“Luke…did you know R2D2 used to work for me? …He asked to be paid under the table.”

Is The Force with you? Test your knowledge of that galaxy far, far away with these 14 Star Wars facts that everyone gets wrong.

23 Funny ‘Harry Potter’ Jokes and Puns Every Muggle Should Know