Successful and in control, Sheryl Crow had won nine Grammys, sold more than 30 million records and was about to

Successful and in control, Sheryl Crow had won nine Grammys, sold more than 30 million records and was about to marry Tour de France legend Lance Armstrong when it all fell apart. The engagement was broken off — neither will say by whom — in early 2006, and two weeks later, Crow, now 46, was diagnosed with breast cancer. Her health crisis forced her to “let go of the pain of the breakup” and take care of herself.

For 20 years, Crow had ridden a high-speed train. Raised in a small Missouri town by a father who played trumpet and a mother who taught piano, she quit her job as a grade school music teacher when she was 24 and headed to Los Angeles. Writing and performing her very personal, often politically charged songs, she dated stars like Eric Clapton and Owen Wilson and was engaged three times but never married. She spoke out against the Iraq war and global warming, even sparring with Karl Rove, the President’s advisor, at last year’s White House Correspondents’ Association dinner.

After her cancer diagnosis, she underwent a lumpectomy and radiation, took stock and started making changes. She applied to adopt a child, moved to Nashville to be close to her family and in April 2007 welcomed son Wyatt, now 11 months.

With a new CD, Detours, just released, Crow sat down with Reader’s Digest at Lillie Belle’s tearoom, on the outskirts of Nashville, and spoke about motherhood, music and her commitment to change the world.

RD: One of the most personal songs on your new album is “Lullaby for Wyatt.” Do you find it overwhelming to be suddenly caring for a baby?
Crow: Not at all. In my last relationship [with Armstrong], I had three stepkids. And I was a teacher for two years, so it came very easily.

RD: As they approach middle age, some women panic about whether they’ll have children. Did you feel that?
Crow: Not really. My objective wasn’t to bring another kid in, but to love a child and share in the kind of family environment I grew up in.

RD: When did you start taking steps to adopt?
Crow: I was halfway through radiation. In many ways, the radiation process demanded that I decide what I wanted my life to be about. I had to let go of the mommy-and-daddy, two-story-house idea. Lots of children out there need caring parents. If you have one parent who’s consistently there and loves you unconditionally, that’s what I call a functional family.

RD: How do you think having Wyatt will affect your career?
Crow: More importantly, how will the record industry, which is suffering because people don’t feel they need to pay for music anymore, affect my career? That’s a question I would ask way before what kind of impact my son is going to have. As far as my life is concerned now, every decision I make will be based on where he’s at.

RD: Has being a mom affected your dating life?
Crow: I have been dating. But Wyatt’s going to be quite the little gatekeeper when it comes to who gets to stay. Over the years, I’ve been attracted to people who were much more egocentric. Now I’m ready for someone who’s not so consumed by his own life. I want a partner committed to give-and-take.

RD: What’s the best advice you ever got about relationships?
Crow: When I was engaged the second time, I asked my mom how she and Dad made it for so many years. She said that every single day, you have to decide you’re committed to the person. My sisters are both divorced. We look at our parents, who’ve been married 53 years and still walk and laugh together every morning — and that’s a hard template to live up to.

RD: On one Detours track, you say you “blew up our love nest” by asking for a ring.
Crow: I believe a commitment is a desire to honor and respect somebody and enjoy your life with that person. It doesn’t come from getting a big old honking diamond ring.

RD: Can you say anything more about the breakup?
Crow: I just know that when two people part, it’s always mutual, whether they admit to it or not. Relationships are hard work.

RD: After three busted engagements, do you still think you might marry?
Crow: Oh yeah. In fact, the older I get and the more I learn about myself, the better equipped I feel I become for a relationship. Sometimes the best way to learn is by doing things that don’t work.
RD: You sing that love was the illness, and disease the cure, on “Make It Go Away.” Are you saying cancer cured your heartache?
Crow: I was diagnosed after being in a relationship with somebody who’s famous as a cancer survivor. We’re still good friends, and I have a lot of admiration for him. But at the time, it was extremely painful, and what forced me to let go was my diagnosis and what that dictated — which was showing up for myself, handling it on my own, not flying back into that relationship. The only person who can save you is you: That was going to be the thing that informed the rest of my life.

RD: Are you living with the uncertainty that your cancer could recur?
Crow: I was a “good person.” And I thought, How could this happen to me? When you’re diagnosed with a life-threatening illness, you face the idea that good works don’t necessarily lead to a good outcome. And while I believe I’m cancer free, when I’m not feeling so great, [I worry] that maybe I have cancer again.

RD: And does it scare you when that happens?
Crow: No. I’ve finally found an unshakable peace because I don’t fear death. But there are things I fear that I never feared before, like the end of the world for my son, the kind of chaos he’ll have to live through if we don’t pick up steam here.

RD: About 180,000 women will be diagnosed with breast cancer this year. What advice would you offer?
Crow: Get a second opinion. Then let the doctor you feel comfortable with help you navigate the system. Generally, treatments are fairly standard. And try to keep your life as normal as possible. After a while, the cancer seems so much bigger, and you can become invisible. Do something every day that’s in line with what your life was — jogging or reading or getting on the phone with your sister.

RD: Last year, you lobbied Congress with the National Breast Cancer Coalition. Tell us about your work with them.
Crow: I support NBCC because they train and empower women and men to get involved in science and access to care, as well as in the political aspects. I was thrilled to work on their bill to fund research into environmental links to breast cancer. NBCC activists are tackling the difficult matters that need to be addressed if we’re going to see the end of breast cancer, and I will be right there with them.

RD: You’ve always been politically active, but this album seems to take an especially strong stand.
Crow: Having a little baby around while making the record just created this urgency in me. How do you explain to a kid what a polar bear looked like or why it’s so hot in the summer? How do you explain that we inherited this earth and didn’t take care of it, and now it’s going to be up to him to try to put a big Band-Aid on it?

RD: You sing angrily about the war and global warming. Do you see any reason to be hopeful?
Crow: We can’t cling to despair. We don’t have time to wallow.

RD: So how are you planning to help clean up the mess?
Crow: I work with the Natural Resources Defense Council, as well as stopglobalwarming.org. And I’m trying to figure out how to get wind and solar power to my ranch and to get my whole farming community off the grid.

RD: Do you grow your own food?
Crow: We’re building a chicken coop and planting an organic garden. We’ve got a stocked fishing pond. I don’t know about the beef thing. It’s too hard for me to have a couple of cows and then kill them and eat them.

RD: What else can people do?
Crow: It’s doing what you can do. Some things seem expensive but ultimately save you money, like energy-efficient lightbulbs. Driving a hybrid car is a lot less money than a huge gas-only SUV. It’s like what my mom was always talking about when we went camping. We left our campsite looking better than when we got there.

What are you reading now?
Hunters and Gatherers by Francine Prose, but the same 12 pages for three months. Since I had my baby I read three pages, and then the next night I have to go back and reread two of them.

Person you admire at this moment?
The Dalai Lama.

If you could come back as an animal, what might it be?
Probably a yellow Lab.

If you could travel back in time, where would you go?
I would like to have lived during the ’60s, to have seen Hendrix and Dylan, to feel that we as a generation could change the future. 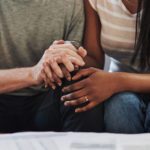