People Joined This Lunchtime Running Group to Stay Fit; Instead, They Helped Catch a Thief 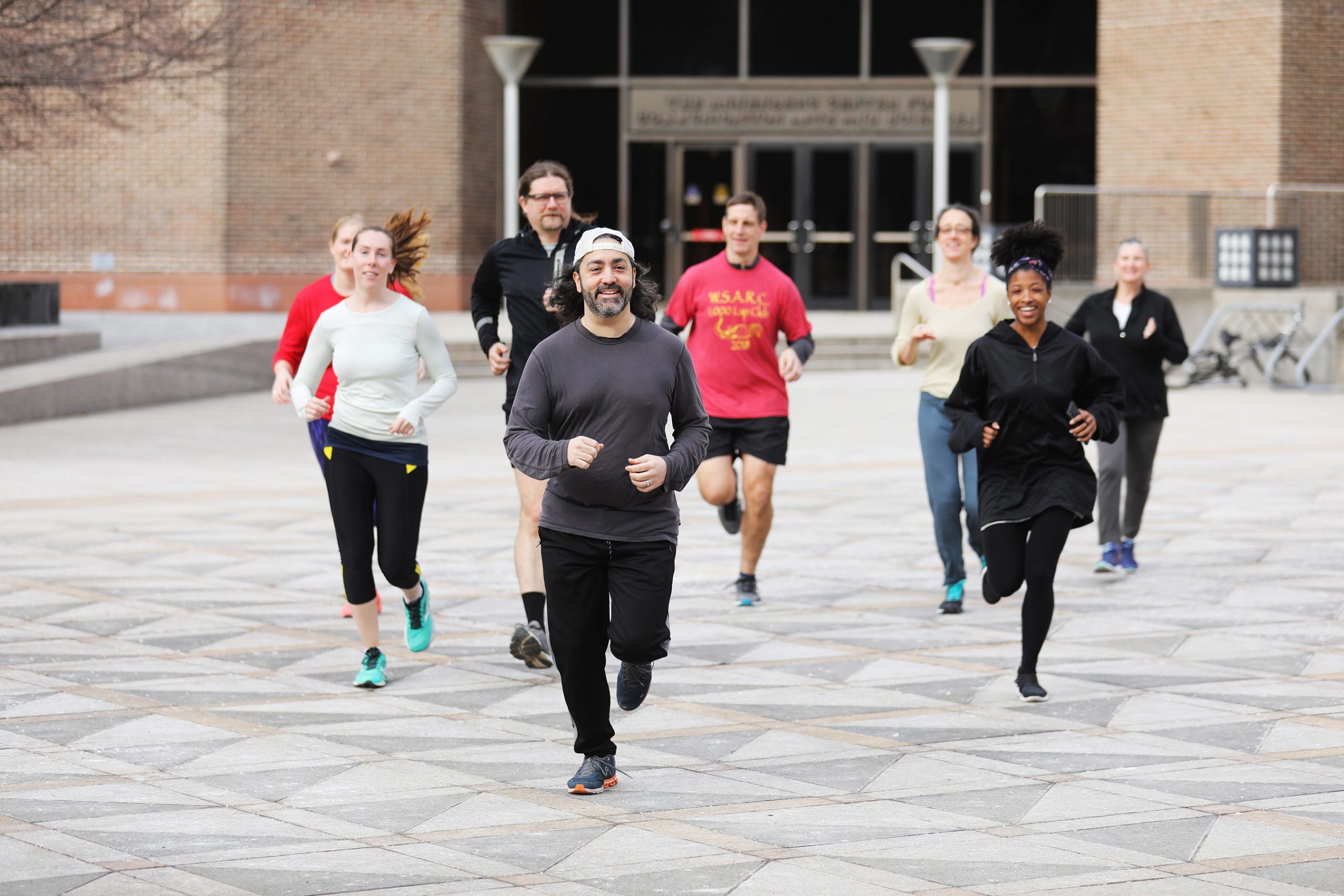 While on a run they heard someone scream for help.

Kyle Cassidy and three other members of the Annenberg (Lunchtime) Running Group were stretching on the grounds of the University of Pennsylvania, waiting for a few stragglers. The Penn colleagues and other community members meet three days a week for a roughly 30-minute jog and an occasional lecture. That’s right—during some runs, one of them delivers a talk; topics range from the brain to Bitcoin.

Not your normal exercise chatter. But on this day last January, it would not be their normal run.

The first clue that something was off was the man who sprinted past them. “Probably running a 7:15 pace,” Cassidy told Runner’s World admiringly.

Cassidy discovered why the sprinter was so fleet of foot when another man ran by, yelling, “Help! He took my phone and laptop!”
At that, the group did what running clubs do: They ran, trailing the suspect down the streets of Philadelphia until he ducked into a construction site. The runners split up. Cassidy ran around to the far side of the site to cut the thief off while the others wandered the neighborhood hoping he had dumped the loot in a backyard.

No luck. So they decided to ask residents whether they’d seen the guy. When they knocked on the door of one row house, they were in for a surprise. Unbeknownst to them, the perp had already emerged from the construction site—and was hiding behind a bush by that very house.

As the owner opened the door, the suspect darted out from behind the bush … and right into the arms of campus police, who’d joined the chase shortly behind the runners.

The members of this running group are not hard-core jocks. But they do understand the benefit of a little exercise.

“Running is typically a useless sport where you turn fat cells into heat,” Cassidy told the Philadelphia Inquirer. “But occasionally it can be useful, and here was one of those opportunities.”