I Panicked When Our Car Broke Down on a Long Road Trip. Then, Dad Pulled Out a Mason Jar and Fixed Everything.

I knew he was handy, but this made Dad my hero. 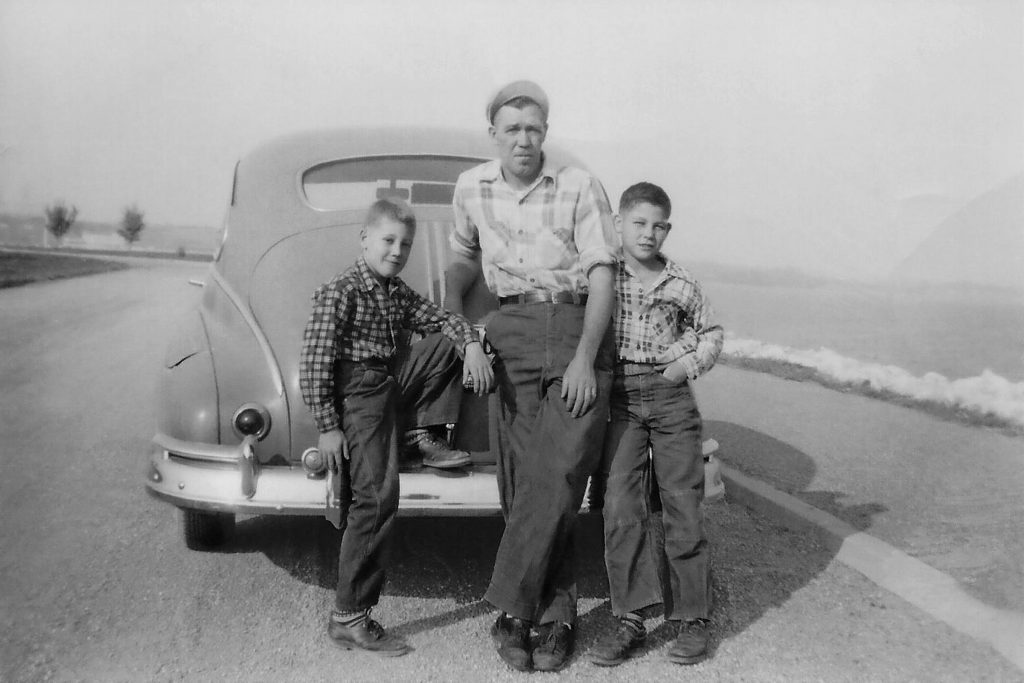 There’s an old saying in the country: Make do or do without. My father was a make-do type of person. With a pair of pliers, a screwdriver and a roll of baling wire, he could repair anything.

By 1955 our old Pontiac was on its last go-round. Years of country roads, potholes and ditches had taken their toll.
That summer, our family of six piled into the car for a trip to town. We were 3 miles from home when the car sputtered and died.

All of us looked at each other and sighed. Time to push.

Daddy was out of the car first and raised the hood. The odor of gasoline surrounded the car like a summer fog. He took a long look at the engine and said, “Looks like the carburetor opened up like a ripe watermelon.”

Daddy shaded his eyes. “There’s a gap in the fence just up the road,” he said. “We’ll push it into the pasture till I get her running again.”

Pushing a heavy 1948 Pontiac on a rocky road in the middle of summer will take the wind out of anyone’s sails. At long last we rolled the stalled car into the pasture field and collapsed, exhausted.

Daddy opened the trunk and pulled out a glass jug filled with water that he used when the radiator boiled over. He held it up and said, “Anyone who wants a swig, get it now.”

We passed the jug till it was nearly empty. Then Daddy poured the remaining water out. “Albert,” Mama said, “what did you do that for? It’s a long way back to the house. These young’uns will need water.”

With a big grin on his face, Daddy said, “I’m going to make a carburetor so nobody has to walk.”

Mama sat in the car while the rest of the family watched Daddy work his magic. He rubbed the inside of the jug dry with a piece of rag tied to a stick. Using a short piece of rubber hose, he siphoned gas from the car into the jug. Next, he inserted a piece of tubing into the mouth of the jug and sealed it with axle grease. He turned the jug upside down, and gas flowed out in a stream.

“This will never work,” he said, frowning. “It’s too fast, and it’ll flood the engine.”

He turned to my older sister, Anna Ruth, and asked for one of her hair clips. He used it to restrict the flow of gas from the jug. After securing the jug to the engine and the hose to the carburetor, he cranked the engine. It spluttered, stuttered and coughed, but it started.

Yep. Daddy could repair anything.