Perseverance paid off after a protective dad put up barrier between them. 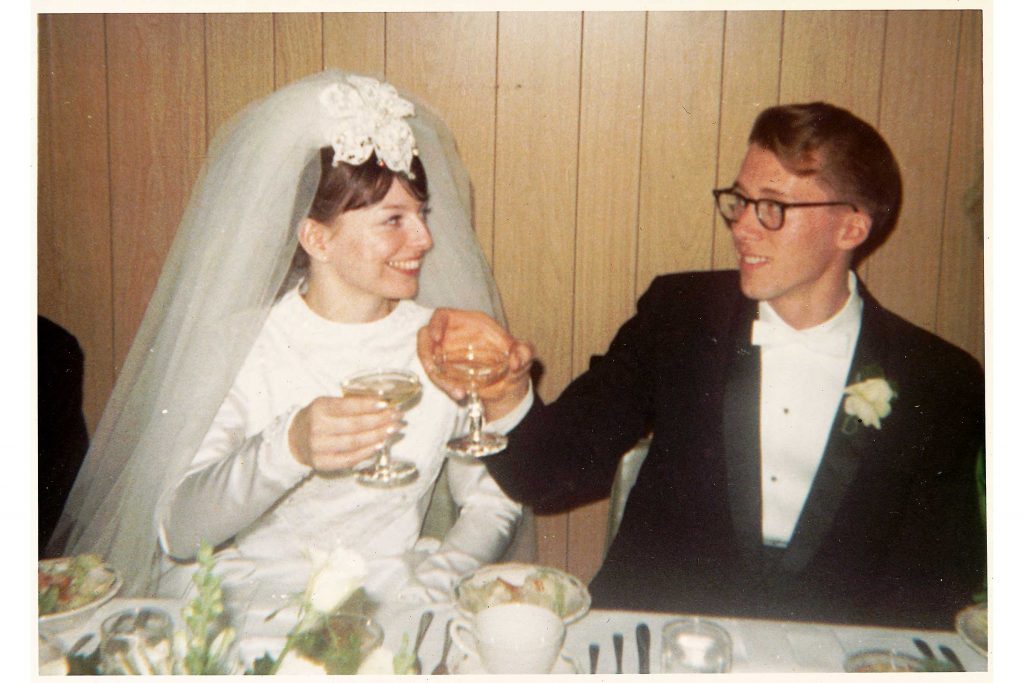 “Well, you’ll have to ask my dad.” No girl had ever given me that line when I asked for a date—that is, until I met one named Carol Colett. Actually, it was her father who introduced us at our church in Bristol, Wisconsin, where I noticed her pretty smile and her big beautiful eyes as she sang in the choir at Mass each week.

It was 1962. Summer passed, autumn came, and West Side Story was playing at the indoor movie theater. All three girls I asked to see the movie with me worked on Fridays and couldn’t go. So guess who was walking down our high school hallway? Since Carol and I knew each other, I asked her to the movie. She said I’d have to ask her father. I was surprised but said, “Sure, I will,” since her father and I knew each other well at church.

I was surprised again when her dad said, “Well, Chuck, let’s sit down and talk for a while.” He talked so long and so much in the abstract that I was puzzled, even though he did eventually say yes to the date.

When I picked up Carol, I asked her, “Why did your dad give me that big talk the other night? How old are you?” When she told me she was not quite 15, I was shocked. I’d thought she was a 16-year-old sophomore. Now it all made sense.

Well, that evening this 17-year-old fell in love with a pretty 14-year-old. At home that night before falling to sleep, I prayed a rosary asking God if I could have Carol’s love. It turned out that I would offer the same prayer for the next five years.

On New Year’s Day 1963, Carol, my brother and I were involved in a serious car accident and we were all hurt to different extents. Between the effects of the accident and the knowledge that Carol and I liked each other so much at what he considered too young an age, Carol’s father forbade us from seeing each other for the next two and a half years.

Carol and I would leave notes by a post at her house, and we also talked in the hallways at school. Rare phone calls came only when her parents weren’t home. Each night at 9 p.m., Carol would wave from her bedroom window as I drove by and blinked my car lights on and off as a way of saying goodnight.