This Is What Gives Dawn Dish Detergent Its Super Powers

There are a couple theories as to why Dawn is the soap of all soaps. 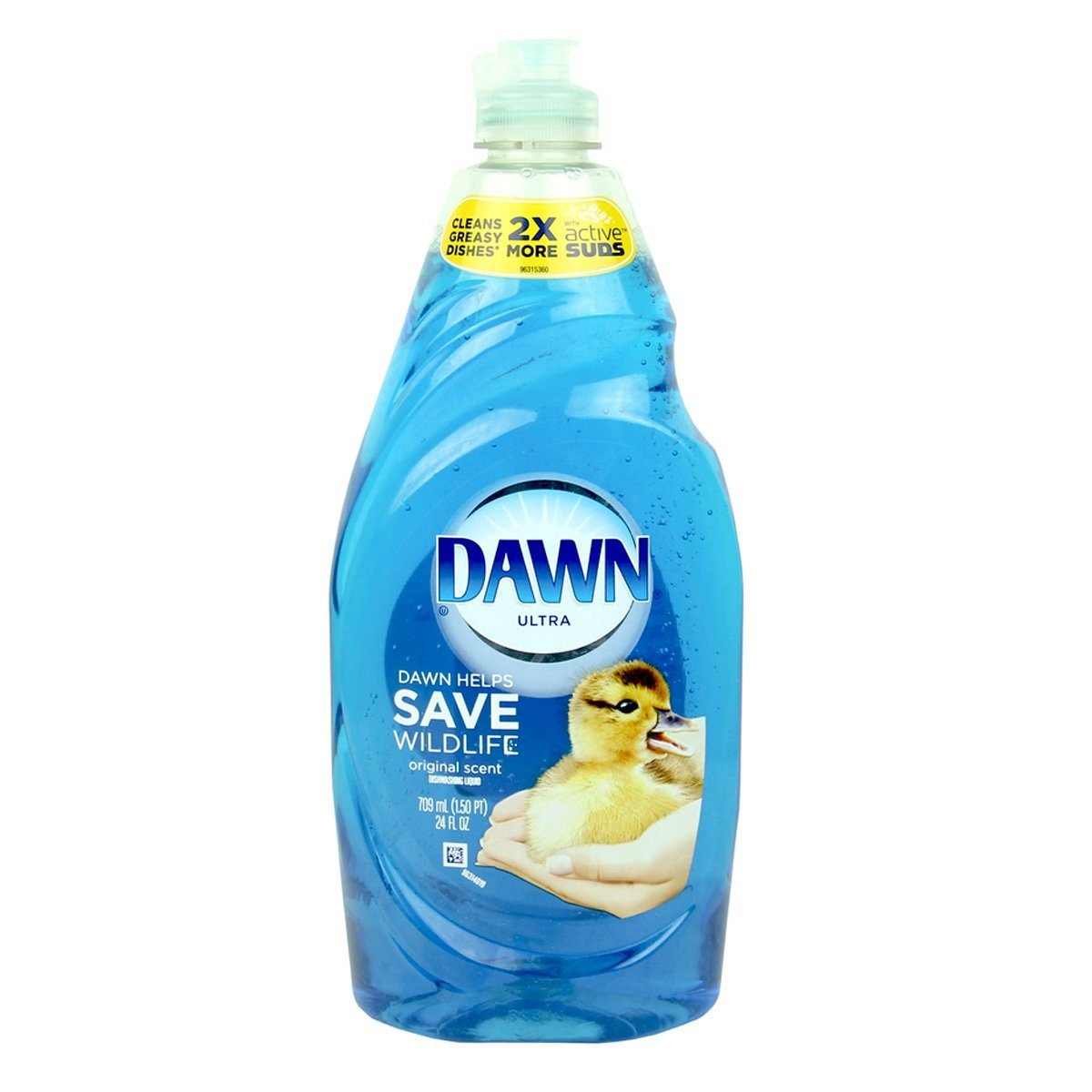 Say the brand name and you know the product: Kleenex, Band-Aid, Q-tip, Pampers, and—of course—Dawn. To many, Dawn dish detergent is the go-to soap to cut through the grease and grime on even your dirtiest dishes. Enthusiasts’ testimonies may point to its unbeatable sudsy quality or its heart-warming stories about literally saving animals’ lives. But…why are the suds so super? After some digging by a non-scientist, there are a couple of theories as to why Dawn is the soap of all soaps for not only doing dishes but also protecting your plants, treating laundry, and unclogging your toilet. If your dishes aren’t looking so clean you might want to pick up a bottle of Dawn for yourself.

Unless you spend your days as a chemist (cool!), the actual science behind Dawn dish detergent gets a little complex for the layman DIYer. But, put simply, there is a secret ingredient. While the complete “recipe” is inaccessible for the masses, a Dawn spokeswoman has pointed the magic to uniquely powerful surfactants—or, the chemical compounds that reduce the surface tension of a liquid when it’s dissolved, aka the stuff that cuts the grease. One of those super special surfactants? A small amount of petroleum. Beyond this truth, there is unfortunately little research out there to satiate our curiosities about the heroic nature of Dawn. Find out the secret ingredient that makes the Mr. Clean Magic Eraser so magical, too.

Dawn earned its crown as the strongest and gentlest soap for wildlife in the 1970s and has reigned supreme since then. When Proctor & Gamble donated massive amounts of suds after the 1988 Exxon Valdez oil spill, they began a cause campaign that has carried them into the present. And let’s be honest, this campaign works. When you pass the Dawn dish detergent bottles in stores, maybe you see the fuzzy duck on the bottle and recall the commercials where Dawn heroically transforms a sad and oil-covered chick to an adorably happy and floofy chickling. P&G masterfully appeals to logic (I need the strongest soap that can do its job) and emotion (if it’s gentle enough for animals, then it has to be gentle enough for my family). By connecting to everyone’s emotional decision centers, they stand out from the dish soap crowd. Next, find out the things you should always wash by hand, with dish soap—not in your dishwasher.

Hannah Louise
I help people tell stories, whether that's about themselves, their company, or their product. Every project I take on has one priority: make sure the audience connects with the content. I've fine-tuned this skill over the past decade by creating content for audiences from C-suites to new hires in organizations large and small. I launched my career as a generational keynote speaker (think dispelling myths about Millennials/Xers/Boomers) and worked my way to being a principal of a consulting firm and published author by writing, presenting, and editing books, blogs, white papers, and research analysis. I bring my values of collaboration, humility, and research-driven strategies to everything I do. I'm also a cat owner, coffee enthusiast, and new home owner (you know, your stereotypical Millennial traits.)