Deep Thoughts From Will Ferrell and Tina Fey

In the upcoming animated comedy Megamind, Will Ferrell and Tina Fey are out to save the world—if they don’t destroy

In the upcoming animated comedy Megamind, Will Ferrell and Tina Fey are out to save the world—if they don’t destroy it first. Ferrell voices the bumbling title character, a blue-faced supervillain who questions the meaning of life after killing his archrival, Metroman (Brad Pitt). Fey plays Roxanne Ritchi, the plucky reporter who helps Megamind put the kick back into his baby-seal boots. They seem to make a neat team on-screen, but we got to wondering, How about in real life? Do they know each other at all? So we quizzed them. Fey was all too ready to dish, while Ferrell said, “I’m going to fail miserably.” You be the judge.

Why was Will an ideal costar?
Fey: Because he’s made of wood. Also, he is very funny and has a soothing, friendly voice. And he looks good with blue skin.
Ferrell: Tina probably said the dashing good looks. Height. Prominent bone structure. Ability to whittle.

And Tina? What made her ideal?
Ferrell: Her beautifully conditioned hair.

What is Tina’s particular scent?
Ferrell: Not unlike that of an evergreen forest with the aroma of birthday cake.
Fey: Have you ever smelled an Italian sub sandwich? Like that.

Any annoying habits on the set?
Fey: Will likes to shoot off firecrackers while you’re talking. He’ll probably say it’s my habit of bringing stray animals into the recording studio.
Ferrell: Tina will eat only with chopsticks.

How are you like your characters?
Fey: Roxy is not easily scared or intimidated, which I’d like to believe is a quality we have in common. She is a fast talker, as am I. And she has a tiny body and a big behind.
Ferrell: Let’s see. Megamind is handsome against all odds. We share that. He’s tenacious. I’m tenacious. He’s remarkably sensitive, and so am I. And we both have wardrobes consisting primarily of black leather. Wait. Scratch that. I don’t own any black leather.

Do either of you have any secret superpowers?
Fey: I’m able to turn anxiety into sleepiness.
Ferrell: I’ll go on record that Tina can do a 47-inch vertical leap and actually dunk a tennis ball. I can shuffle cards Vegas-style. Not everyone can do that.

What was the best thing about making this movie?
Ferrell: No personal grooming or hygiene was required. I prefer working that way.
Fey: There was no physical comedy, which can be hard on the old bones.

Did you see a different side of Will during filming?
Fey: I got to see so many facets of Will on SNL, so no. I wish you would take that up with him. I was promised new sides.

Do you know what you’ll be for Halloween this year?
Ferrell: Not yet. Two years ago, I went as Batman, and my son Magnus went as a smaller Batman. Anytime anyone would say to Magnus, “Hello, Batman,” he would whisper to me, “They think I’m the real one.” I hope Tina says Roxy. Both she and Tina are incredibly intelligent. Both are sharp dressers, and they love the same color of lipstick, which I believe is topaz.
Fey: Last year, I dressed up as Joan from Mad Men. Nobody really knew what I was trying to pull off, but I was really happy with it. I had the vintage dress and a red wig, and, let’s be honest, I had to stuff my bra a lot. I think it would be good marketing for Will to go as Megamind. It would be nice to get that moving.

What historical figure are you like?
Fey: Betsy Ross. We both started off behind the scenes—she as a seamstress, I as a writer. We both sewed things together to aid the revolution.
Ferrell: Can I say God? No? Then pass.

What is your most impressive quality as a parent?
Ferrell: Not misplacing them. The children, that is. [Will and his wife, actress Viveca Paulin, have three sons, Magnus, six, Mattias, three, and Axel, ten months.]
Fey: I’ve only recently gotten to know Will as a dad. But I suspect he sings bedtime lullabies in a very, very high octave. For me, I’d say bending over to pick up my daughter. If you think I’m joking, you’re obviously not a parent. [Fey and composer husband Jeff Richmond have a daughter, Alice, five.]

What movie should Will remake?
Fey: Being There.
And you?
Fey: Mothra.

What was striking about Will’s on-set friendship with Brad Pitt?
Fey: I suspect Will is going to tell the truth if you ask him, which is that when he looked at Brad, he felt as if he were gazing at himself in the mirror.
Ferrell: To be honest, the most striking part is that I never saw him while making this movie. Tina never saw him either. Our recording sessions were done at different times. That’s how it goes with animation sometimes.

Did you and Tina see each other while making this?
Ferrell: We actually did. We got the unique opportunity to work together, so now when people ask what it was like to work together, I can legitimately say, “It was great!”

8 Etiquette Mistakes Everyone Makes at a Steakhouse 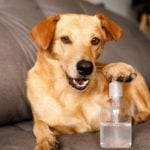 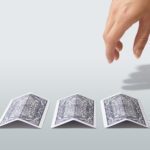