Delivering These Baby Calves is One of My Most Treasured Memories

A difficult calving turns twice as nice, with an unexpected twist. 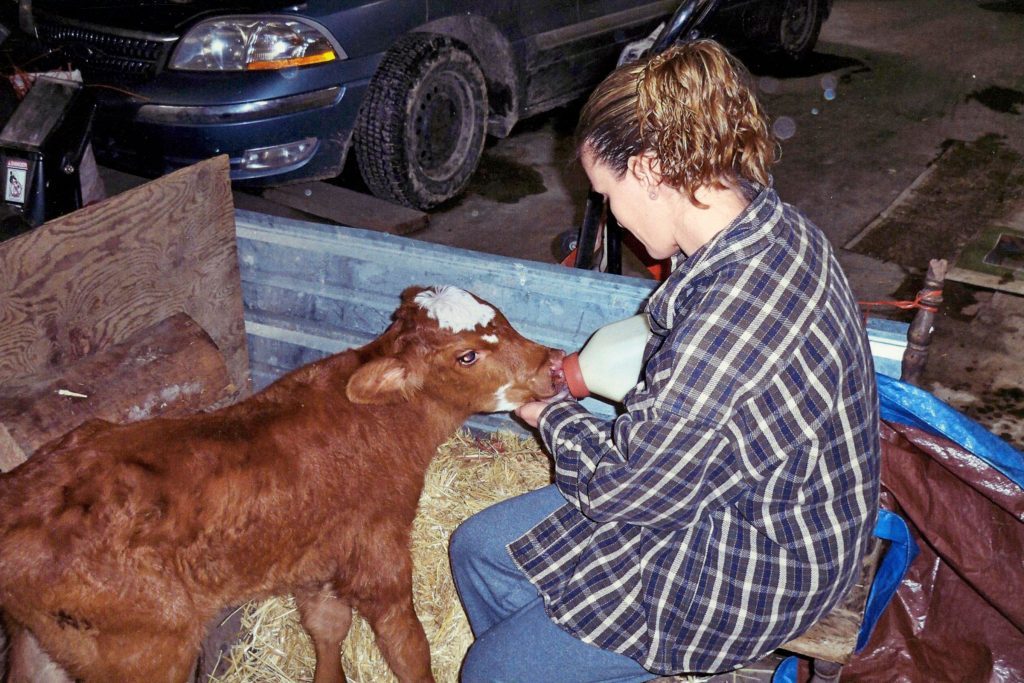 I was born and raised in cities but have always loved the outdoors. In 2008, my husband and I decided we were tired of city life and moved to Montana. Will was born in Libby and has a lot of family here.

Will’s granddad and grandmother, John and Mabel Beebe, have a cattle ranch nearby. One winter morning, we got a call from Mabel. She had a two-year-old heifer about to calve and thought she might need extra hands.

When we arrived, I was stunned. The heifer didn’t look big enough to be with calf.

Harry, one of the town vets, discovered that the calf was balled up backward inside the birth canal. Out came the birthing chains, and after Harry moved the calf’s legs from beneath her, he proceeded to pull her out.

Mabel took a bulb with a tube attached to it and blew air into the calf’s lungs. That made the baby open her eyes and start breathing on her own.

Harry went over to check on the new mom—and found another set of hooves coming out. Calf No. 2 was delivered without assistance and was breathing well. We were all shocked that this small heifer had had twins. I rubbed down the calves with an old blanket. I was in heaven! 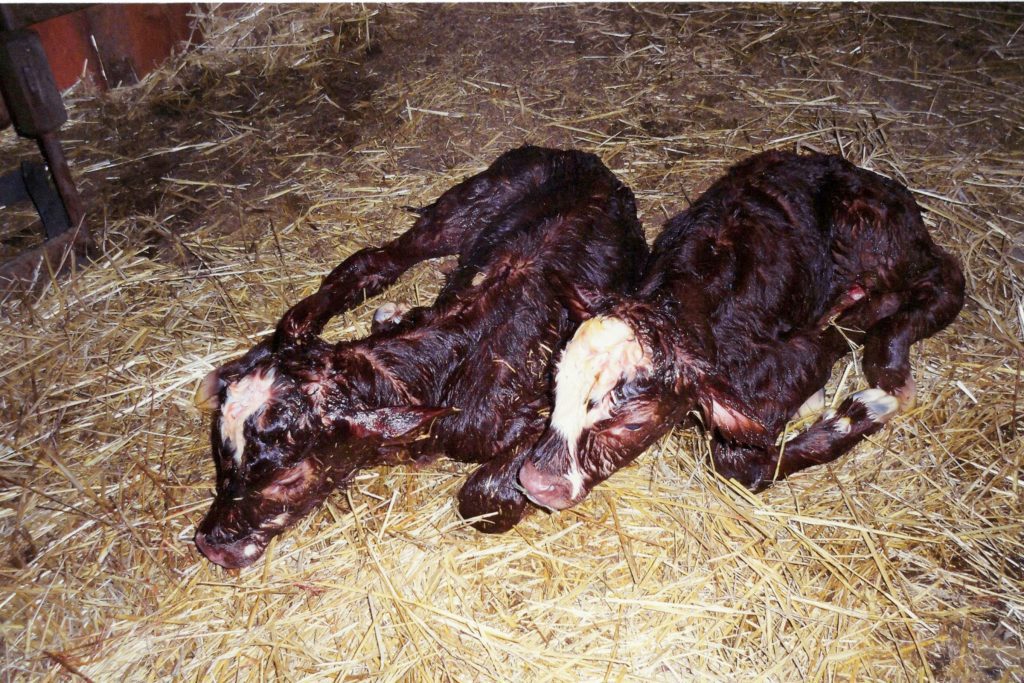 Farm & Ranch MagazineMabel and I worked with the calves to get them to stand and walk on their own. The second calf followed me around the barn, getting her legs. The first, which I named Missy, wouldn’t even try to stand. We all knew we had a lot of work ahead of us helping this little creature live.

We sent Momma over to greet her new babies, but she wasn’t quite sure what to make of them. We left them alone for a little bit, and the second calf took to Momma and soon learned to suckle.

John and Mabel made a makeshift stall in the garage for Missy. I rubbed her down some more while John built a fire in the stove and brought out a heater to keep her warm. It took a day or so until she was getting up and walking a bit. Mabel started giving her cow’s milk with a syringe, and soon she started taking milk supplement from a bottle. It took some coaxing at first, but then Missy decided it was good stuff and she couldn’t get enough!

After a few days, Missy was moved to the barn. I went out to bottle-feed her, and she met me at the stall door eager for her milk. Boy, did she ever finish those bottles fast!

While Missy was in the barn, the second calf stayed outside with Momma and played with other calves. Missy grew fast. She too was very playful and quickly learned to eat hay and grain.

The extra time it takes for a weak calf is well worth it. The birth of Missy and her sister will always be my most treasured memory of my first year in the country.