Parents, put a stop to this ASAP. 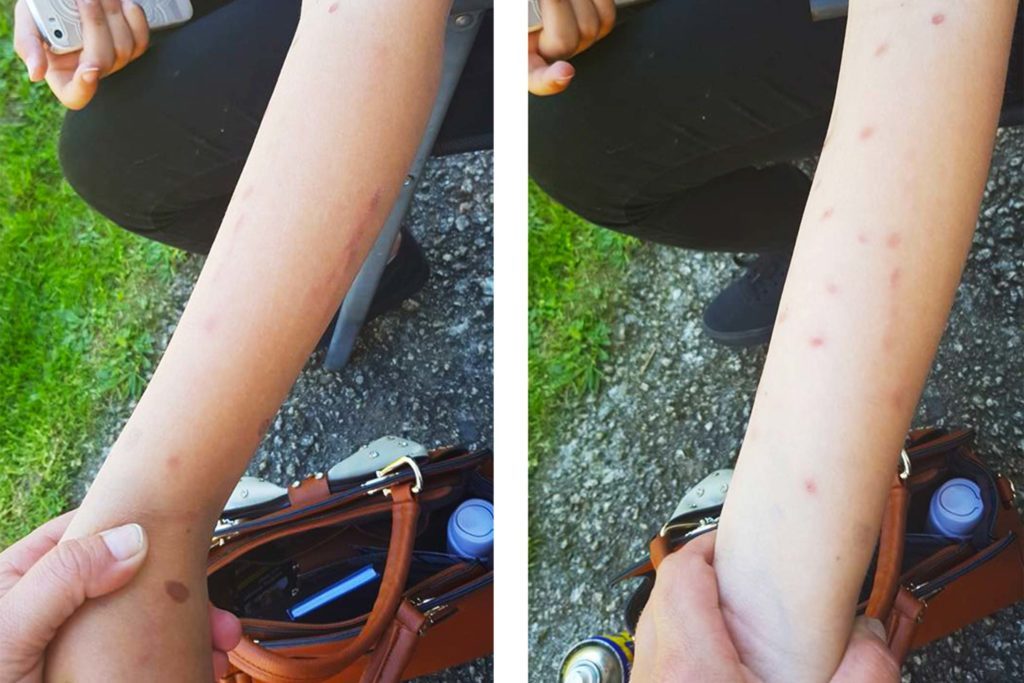 via facebook.comsara.stanley.351Move over, Mannequin Challenge. The “Deodorant Challenge” is sweeping the Internet—and it’s seriously scary (not to mention dangerous!).

Unlike the innocent viral fads of the past, the Deodorant Challenge is far riskier. It involves holding a can of aerosol deodorant close to the skin and spraying for a prolonged period, which turns the skin white. But it can also burn the skin and cause frostbite, parents and experts say.

The Deodorant Challenge may sound familiar to many. In the past, it’s been called “frosting” because of the way it cools skin. According to one study, spraying deodorant just five centimeters from the skin for 15 seconds can cause the skin’s temperature to drop by more than 60 degrees Celsius (140 degrees Fahrenheit). Such a steep drop in temperature can cause frostbite almost instantly—or worse.

“[These kids] are giving themselves first-to-second-degree burns by doing this ‘deodorant challenge,’” dermatologist Jeanine B. Downie, MD, told New Beauty. “These burns can harm their skin and cause dark spots, scars, and patches that may last for the rest of their lives.” Dr. Downie warned that it could also increase people’s risk of skin cancer later on.