Learn how to control your depression with these advances.

1. Easing Baby Blues Some 13 percent of new moms experience postpartum depression, yet many are reluctant to take mood medication. A new study of women at high risk for the dangerous disorder suggests peer counseling is worth a try. Half the women got telephone counseling from volunteers who’d been through postnatal depression themselves. Result: They were half as likely to become depressed as those who were on their own.

2. The Heart-Head Connection At least one in five people who get heart bypass surgery experiences depression, which increases the risk for further cardiac ills. But cognitive behavioral therapy (CBT), a type of talk therapy, can help. In a recent study, 71 percent of patients getting CBT were free from depression after three months. In contrast, just a third of patients in a control group saw their depression lift.

3. Ranking the Mood Boosters Don’t assume the latest antidepressant is better than older ones, say investigators who reviewed 117 studies involving more than 25,000 patients with major depression. Data showed Zoloft (available since 1992) and Lexapro (2002) were more likely to improve mood than other antidepressants while prompting fewer people to quit treatment, suggesting that side effects were less bothersome. If you’re on a medication that’s working, there’s no need to switch, says study author Andrea Cipriani, MD — but if you’re considering drug treatment for the first time, Zoloft or Lexapro is a good place to start.

4. Help for the Hopeless About 20 percent of people with depression get no relief from drugs or psychotherapy. But a new treatment involving stimulation from electrodes implanted in the brain produced a 22 percent improvement in symptoms after eight weeks, compared with 3 percent in patients receiving a sham treatment. “These people have been sick for a very long time,” says researcher Emad N. Eskandar, MD. “Anything that helps is very significant. 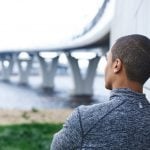 13 Suicide Warning Signs That Are Easy to Miss