Devoted Dads: We Salute You!

Here’s to all the great dads out there. Frank McKinney in Delray Beach, Florida, walked his daughter to school nearly every Here’s to all the great dads out there. Frank McKinney in Delray Beach, Florida, walked his daughter to school nearly every day for a decade. Benjamin Molina, Sr., father of Major League Baseball players Benjie, Jose and Yadier, the only brothers in baseball history to each win a World Championship, changed his work hours so he could play ball with the boys every day after school. Benjie once said, “I thank my dad for every day of my life. I always give him as the reason for me being a major league player.” The list goes on.

One of the most inspiring dads (or people, really) I’ve read about recently is Dick Hoyt, whose son Rick is quadriplegic and has cerebral palsy. When Rick was born in 1962, doctors advised his father to put him in an institution. Instead, Dick and his wife Judy raised Rick as they would any other child. One day in 1977, after Rick and Dick finished a local 5-mile race, with dad pushing son in a wheelchair, Rick, who communicates by typing into a computer, wrote, “Dad, when I’m running it feels like I’m not handicapped.” With that, Team Hoyt was born.

In the last 33 years, the duo has finished more than 1,000 running, biking and swimming competitions. When the pair participates in a triathlon, Dick tows Rick in a dinghy as he swims. On the bike, Rick rides in a special seat attached to the handlebars of Dick’s bike.

Someone once asked Rick what he’d do first if he weren’t handicapped. He responded, “I’d tell my dad to sit down in my chair and I’d push him.” 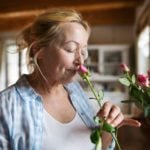 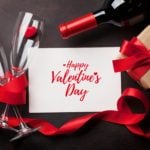