Don’t Freak Out, But If You See This You May Be Showering in Bacterial Slime

Don't look now, but a thick layer of slime behind your showerhead could be an unlikely home for bacteria.

After a sweat session at the gym or a messy day of gardening, nothing sounds better than jumping in the shower to rinse away the grime. But what if we told you that you’re also getting drenched with bacteria in the process? Doesn’t sound so relaxing now, does it?

If the thought of bacteria hiding in an appliance that’s supposed to clean you doesn’t add up, answer this: How many times do you clean the inside of your showerhead? Exactly. Open it up, and you’ll likely see a thick layer of gunk hiding inside. Noah Fierer, PhD, associate professor in the ecology and evolutionary biology department at University of Colorado at Boulder, is leading the Showerhead Microbiome Project to study the slime that makes most people cringe. “Most showerheads, if you unscrew the face of the showerhead where the water comes out, you’ll find slime in there,” he says. “We call it biofilm, but slime is just as accurate.” (Here’s how you can clean mineral deposits from your showerhead overnight.)

Showerheads don’t seem like the ideal place for bacteria to grow. After all, the only food there for microbes comes from tiny amounts of organic matter in the water. Plus, bacteria have to put up with major heat while you’re enjoying a steamy shower. “They need to stick on the side there and hold on; they need to tolerate high temperatures; if there’s chlorine in the water, they need to survive that, too” says Dr. Fierer. “Despite all that, microbes are tough.”

So what happens to all those microbes? Well, when you turn on the shower, the bacteria living in your showerhead escape into the air. That means—sorry to break this to you—you’re actually breathing in all that bacteria, or at least the microbes that end up in the steam, explains Dr. Fierer. The question is whether the bacteria you’re inhaling could cause disease.

Nontuberculosis mycobacteria infection is a rare respiratory disease that’s becoming more common, and Dr. Fierer’s team thinks showerheads could be the source. “It’s an opportunistic infection, meaning it’s acquired from the environment—or showerheads, in this case” says Dr. Fierer. His lab is now collecting samples of showerhead slime and the water that comes out to find out where the bacteria live and who’s most likely to get sick from them.

But don’t go running to your bathroom with rubber gloves and disinfectant just yet. Despite the usual buzz around disease-causing germs, some bacteria aren’t harmful at all—in fact, some are even healthy. Certain bacteria can boost your immune system and guard against allergies and asthma. So scrubbing them away might do more harm than good, says Dr. Fierer. “There may be benefits to bathing in bacteria every time you shower,” he says. “It could be like taking a probiotic rinse.”

For those of us who would rather forego the “probiotic rinse,” here’s how to clean your bathroom in 5 minutes or less. 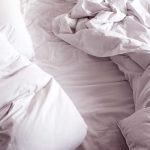 How Bad Is It to Not Wash Your Sheets Every Week? 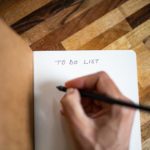