When you wish upon a star (or Google), you get some quality Disney-themed humor!

Here are some of our favorite kid-friendly, often incredibly corny Disney jokes and Disney puns about your favorite princesses and other characters from the House of Mouse. Plus, we’ve snuck a couple of Star Wars and Marvel-themed jokes in there too (because, hey, those are Disney movies now)!

A man went to see the doctor and exclaimed, “Doctor, I need your help. Some mornings I wake up thinking I’m Mickey Mouse, and other times I think I’m Donald Duck!”
The doctor nodded. “I see. And how long have you been having these Disney spells?”

If you watch The Lion King closely, you’ll notice lots of Simba-lism!

Q. What happened the first time Mickey and Minnie saw each other?
A. It was glove at first sight!
(Seriously, though, there’s an actual reason why so many Disney characters wear gloves!)

Q. What does the rapper Lil Jon say when he visits Disneyland?
A. Turn down for Walt!

Q. What did Captain Hook’s sidekick say to Adele?
A. Hello, it’s Smee!
Share these Disney puns to your heart’s content at Disney parks, but don’t bring any of these things that are actually banned from Disney parks!

Q. Why is Peter Pan flying all the time?
A. He Neverlands!
Disney jokes are funny, but what about Disney rumors? Find out which of these crazy—or not-so-crazy—Disney park rumors are true.

Q. What does Daisy Duck say when she buys lipstick?
A. Put it on my bill!

Q. Where does Captain Hook go to get his hook replaced?
A. The second-hand store!

Q. Why did Goofy wear two pairs of pants when he played golf?
A. He heard he might get a hole in one!

Q. Why did Mickey Mouse become an astronaut?
A. So he could visit Pluto!
Did you know these surprising facts about Mickey Mouse and some more of your favorite Disney characters?

Q. Why is Quasimodo great at solving crimes?
A. He always has a hunch!

Q. Does the God of Thunder like ice cream?
A. Sure, but he prefers Thor-bet.

Q. How does Scarlet Witch channel her magic?
A. With a magic Wanda!

I just had an encounter with the God of Mischief. It was Loki terrifying!

Q. Who is Thor’s favorite rapper?
A. MC Hammer!
If you prefer your superheroes serious, read up on these fun facts about your favorite comic book characters. 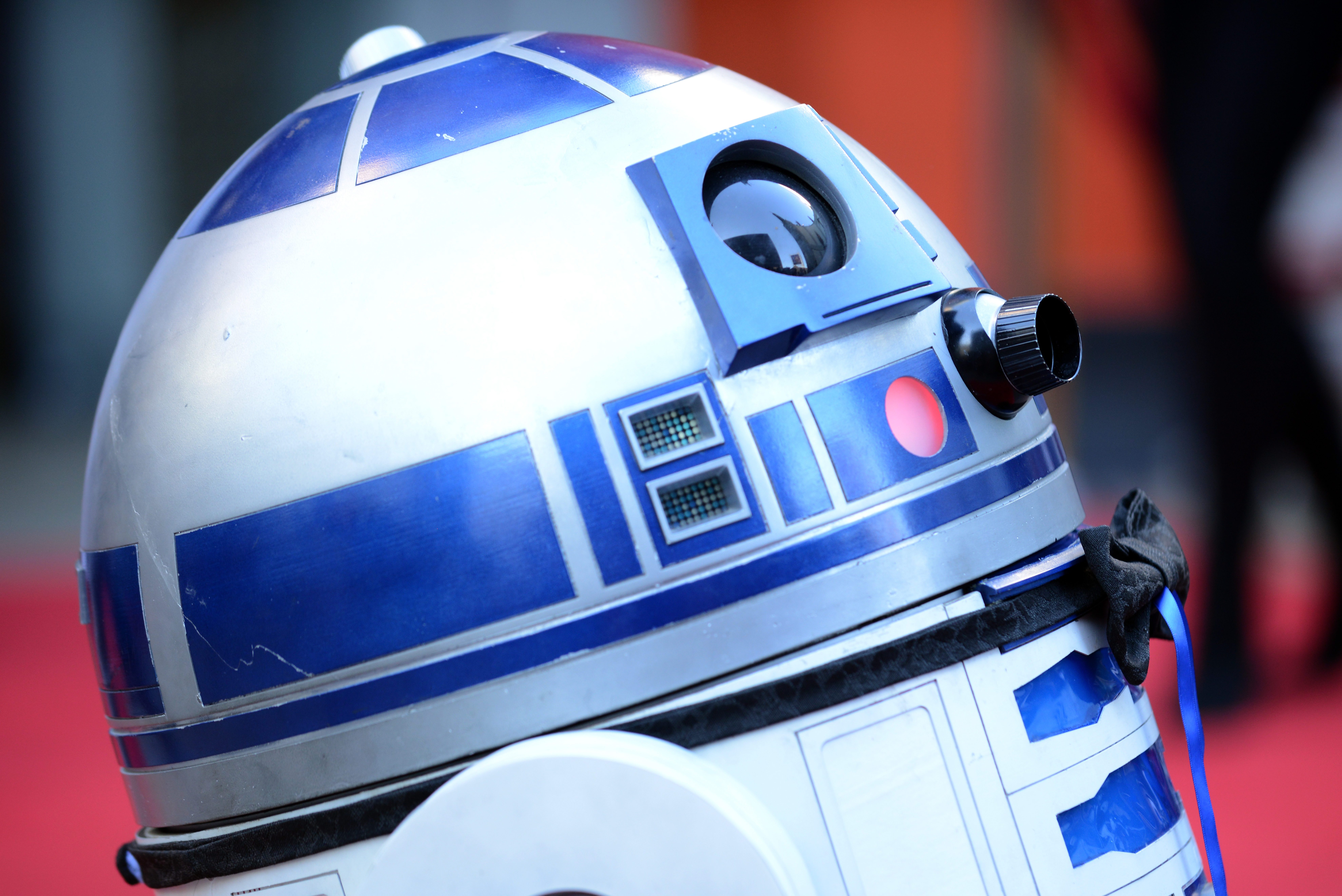 Q. What do you call a droid that likes taking the scenic route?
A. R2-Detour!

Q. What does The Child from The Mandalorian write in his Valentine’s cards?
A. Baby Yoda one for me!

Q: Which program do Jedi use to open PDF files?
A: Adobe Wan Kenobi!
Don’t worry, young Padawans—we have plenty more Star Wars jokes where those came from!

Disney jokes fit for a princess

Q. Why is Cinderella so bad at soccer?
A. Because she’s always running away from the ball—not to mention, she has a pumpkin for a coach!

Q. Which Disney princess would make the best judge?
A. Snow White, because she’s the fairest of them all!
Once you’ve finished groaning at these corny Disney jokes, read on for more of our favorite corny jokes.

Q:  Why shouldn’t you give Elsa a balloon?
A. Because she’ll let it go!

Q. Why is Gaston the most peaceful Disney villain?
A. Because he won the No-Belle Prize.

Q. What did Snow White say when her photos weren’t ready yet?
A. Someday my prints will come!

Q. Which princess makes the best corny Disney jokes?
A. Ra-puns-el.
If you’re a true Disney aficionado, see how you fare with this Disney character trivia quiz.

Things That Are Still Happening at Disney World

Meet the Chefs Behind Disney World's Most Iconic Dishes

How to Get Dog Poop Out of Carpet