You're not the only one who rocks out to "The Lion King" songs.

2. Things that keep you up at night

I spend far too much of my life wondering what household object I'd have been turned into if I was in Beauty and the Beast.

Check out these inspirational quotes from Walt Disney.

If I was any character in a Disney movie I'd definitely be the angry sand lion thing in Aladdin that goes "WHO DISTURBS MY SLUMBER?"

5. Eeyore would say so much more than words ever could

Disney emojis need to be a thing

6. Mantra to get through the day

You’re a Disney princess who is just currently in the sad part of her feature film. It’s going to be okay.

I hate cutting my hair, I hang out with 7 guys, I have a sleeping disorder and I have a thing for shoes and fishnets. I blame Disney.

Don’t miss the crazy story behind how Frozen was almost a massive flop.

8. Supermodels have nothing on Pocahontas

Watching so many Disney movies as a young girl gave me very unrealistic expectations about how majestically my hair should blow in the wind.

Wife: Did you hear Disney released a line of princess wedding dresses?

Me: *gives up all hope of saving for retirement*

11. Friends who Brave together stay together

It's all about who you wanna watch Disney movies with on a Saturday night.

No matter what Which Disney Princess quiz I take I always get Roz. pic.twitter.com/Fe238TRKM9

Give those tracks a closer listen—you’ll never believe the impressive vocabulary you can learn from Disney songs.

I don't care about Disney lying about my Prince Charming. I'm more pissed about forest creatures and their unwillingness to clean my house.

At what age does a little girl’s obsession with princesses typically end? I’ll flee the country if I ever have to buy her Cinderella tampons

Did your favorite make the list of the best movie musicals ever? 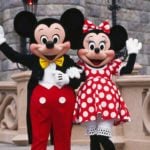 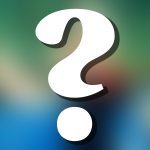