As a place that's (usually) known for its crowds, is there a number of people where Disney World draws the line? And what about now, when they're keeping numbers low intentionally?

Right now, Disney World is operating in an odd limbo. Since reopening on July 11, it’s struggled to maintain happiness, magic, and bliss while also enacting many pretty strict rules to keep guests safe as the COVID-19 pandemic continues to ravage its home state of Florida. These photos of the “new normal” at Disney parks might make you wonder why anyone would want to go right now, but it does have a pretty major perk: Social distancing means no crowds. At Disney World, that’s pretty much unheard of.

In fact, in the “before times,” the park got so crowded—and was so known for its crowds—that you may have found yourself wondering if there was a maximum number of people allowed in the park at any given time, and if so, what it was. And now, when there’s definitely a maximum capacity, what is that?

There’s no one magic number

Yes, Disney World does have a maximum capacity—but there are a couple caveats. For one thing, the maximum capacity is different on different days, depending on what time of year it is and how many guests they’re anticipating. And for another, Disney doesn’t publicly reveal what that number is. They didn’t pre-COVID, and they don’t now. “They say it’s for security and safety purposes,” explains Christoper Lucas, author of Top Disney: 100 Top Ten Lists of the Best of Disney. “But I think it’s more about their competitors. They want to stay the giant in the theme park industry. So if they don’t give out the exact number, that [allows] them…to play with their numbers and stay one step ahead of everybody else.”

What Disney World does reveal is their average number of visitors in a year. For instance, Walt Disney World Resort as a whole, which comprises four theme parks, two water parks, the Disney Springs shopping complex, and more than 25 hotels, sees an average of 50 to 52 million guests a year. More specifically, Magic Kingdom alone—the most popular theme park—gets an average of 50 to 55 thousand visitors per day.

Just because Disney is tight-lipped about it, though, hasn’t stopped people from making educated guesses. Lucas says that a full Magic Kingdom, filled to its absolute maximum, can most likely hold 80 to 100 thousand people. “That’s people looking at square footage and guessing; those are not official numbers,” he clarifies. “Also, former Cast Members have…hinted it, but they can’t go on the record with it.” Find out some more secrets Disney employees won’t tell you.

But again, the numbers are subject to a lot of change, even in an ordinary year. The parks’ capacity can fluctuate massively with just the closure of a single ride. Take a big ride like The Haunted Mansion, for instance—thousands of people can, and do, ride it every hour. If it were to close, whither those thousands of people? So, “one week, the capacity could be 40,000 people,” explains Lucas (providing hypothetical numbers based on Magic Kingdom’s average). “The next week, it could be 60,000.”

So there are lots of factors Disney must take into account: which rides are and aren’t open, how much space guests have to move around, et cetera. “[That’s] why, during down times, like January and February, they do more construction—they get [fewer] people,” Lucas says. “When you get into busy seasons, like Christmas, July Fourth, and spring break, then there’s less construction because they need all those pathways open to get people around.”

What about the other parks? 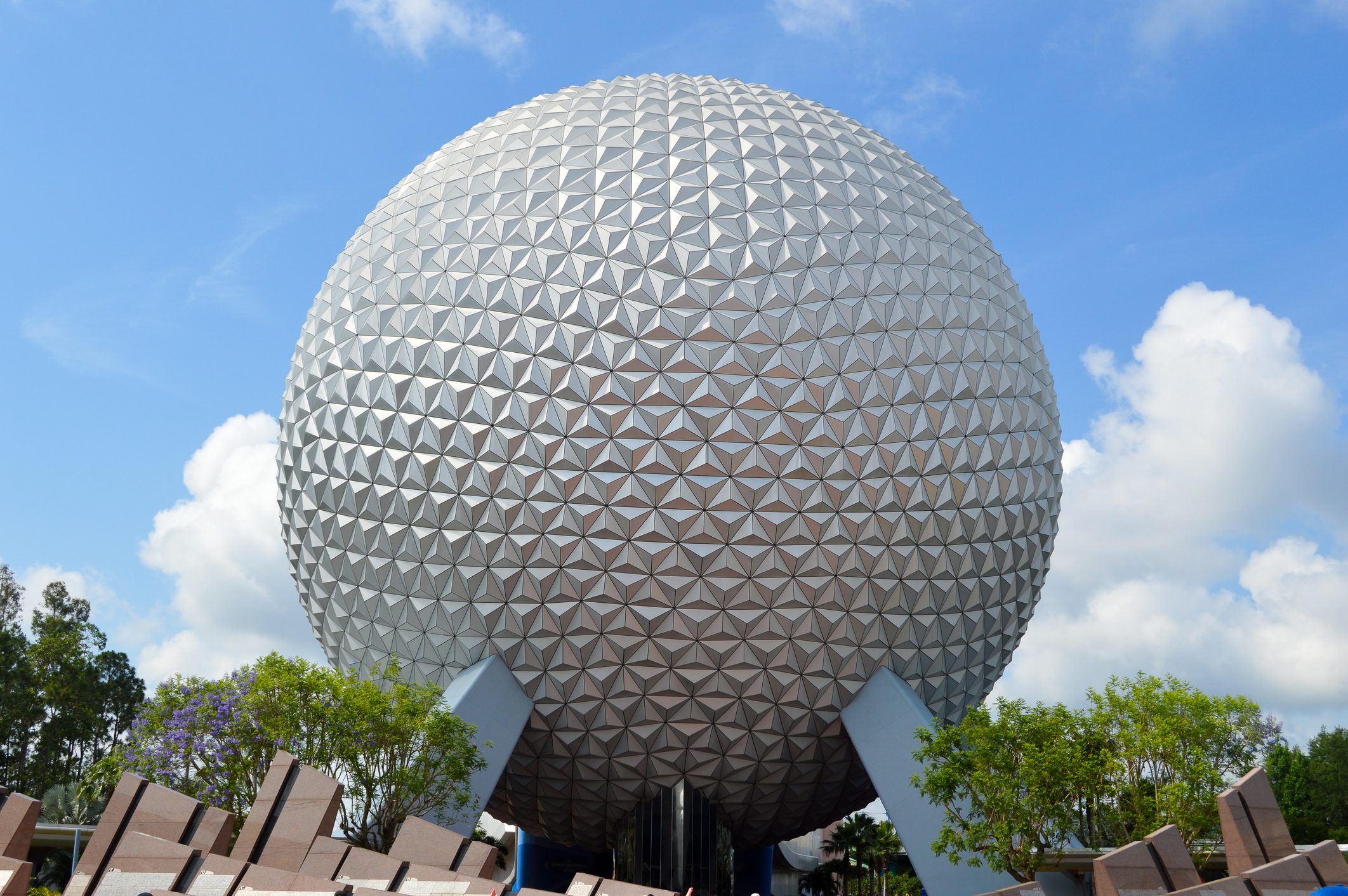 How do they enforce it?

While “it’s not like somebody’s sitting there with a clicker,” Disney is a well-oiled machine that’s developed a system for monitoring park attendance, Lucas clarifies. Disney uses “phases” that communicate how close the parks are to reaching capacity. The phases, from least to most crowded, are A, B, 1, 2, 3, and 4. “Number 4 is very rare,” Lucas explains. “It only happens once or twice a year…and usually only at Magic Kingdom. And that’s when they really do start counting bodies.” For instance, 100 people might have to leave before they let in another 50 or 100 people. But he says that park guests are very unlikely to encounter this; it might only happen the night of Fourth of July or New Year’s Eve.

Other ways they might limit guest numbers are by letting in passholders and resort guests but restricting entry to people who just have a single-day ticket. Again, this is rare because Disney doesn’t want to turn anyone away. But Lucas says that they’ll allow those guests to exchange their ticket for admission on another day, often with perks like a Park Hopper pass. If you’re one of those unlucky guests who’s arriving on a Phase 3-plus day, Lucas says, keep an eye on the parking lot—if it’s closed when you arrive, don’t even bother going to the ticket window. Here are some more helpful insider tips for a Disney World vacation.

What about during COVID?

The days of “maximum capacity” feel like a world away. Disney is taking several measures to limit attendance right now. For instance, you need reservations; no longer can you just walk up to the park gates and purchase a ticket. This allows them to keep much better track of the number of guests coming on any given day. And they’ve actually already honed this system; this is how they ticket events like Mickey’s Not-So-Scary Halloween Party, which has a fixed number of available tickets.

And what is the fixed number they’re operating by now? Well, again, it’s anyone’s guess. But they have said that they’re operating at 20 to 40 percent capacity. Lucas guesses that that’s 15,000 to 20,000 people at the Magic Kingdom per day, 30,000 at the absolute most. And whatever the capacity is, the actual numbers depend on how many people actually show up. “I know they sold out the first week [they were back open], but it doesn’t look like they’re selling out every day,” Lucas says.

Will Disney World ever get back to its usual number of guests? 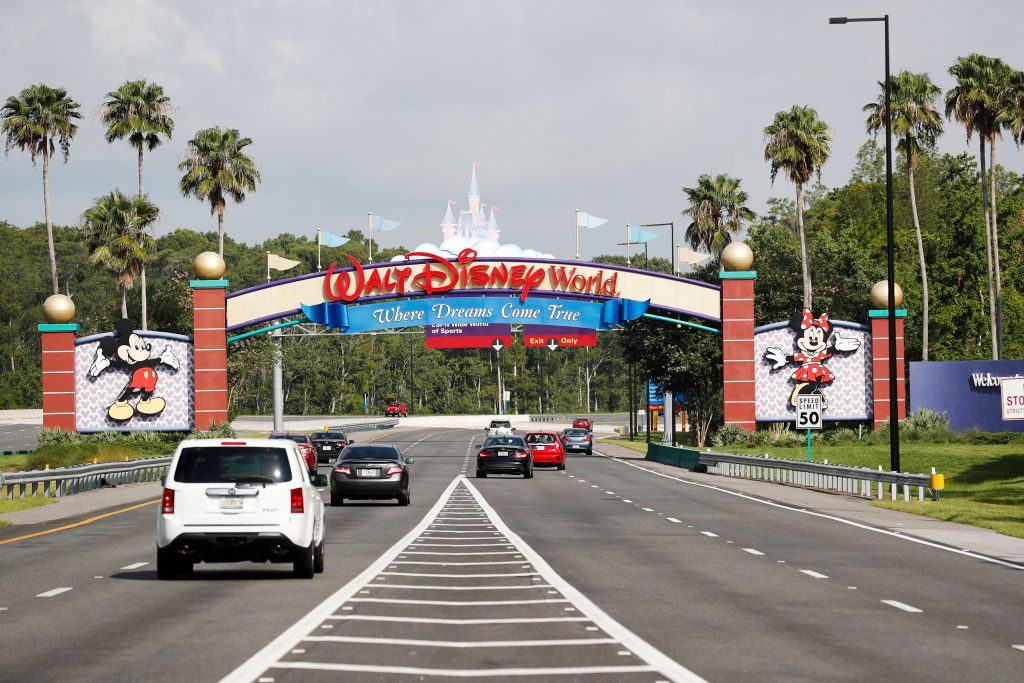 Could a Disney World with smaller crowds end up becoming the norm now that people have a taste of it? Well, that remains to be seen, but it does seem unlikely. Given the massive financial losses that have plagued Disney this year, they’ll likely want to be back in full business as soon as it’s safe to do so.

And there’s the future to think about as well. COVID-19 has put quite a wrench in many of Disney’s plans. Most notably, 2021 marks the 50th anniversary of Walt Disney World. “They were banking on next year being the biggest year in their history,” Lucas says. “It was going to be this big 50th birthday celebration where they were going to break attendance records.” But now, Lucas highly doubts they’ll even break their usual 50 million guests per year, and could even see them postponing anniversary celebrations depending on what things are like in 2021.

And he doesn’t even know what the catalyst is for Disney to up their current capacity. “Are they waiting for a vaccine? Are they waiting for numbers to go down?… They haven’t [announced] that, either,” he says. And it depends not just on Disney but on the visitors, too. “Even if they do lift [all of the restrictions], you’re going to have people who are still scared and don’t want to be around a lot of people,” Lucas says. “So a lot of it is out of [Disney]’s control.” Next, find out some things you won’t see in Disney parks anymore.

Why Splash Mountain's Makeover Is Overdue

How to Make the Best Disney Recipes at Home

See Inside the First-Ever Mickey Mouse Attraction for Disney Parks