Going to Disney World isn’t just for the Super Bowl MVP.  Disney World’s Magic Kingdom alone (the whole Orlando resort has four total parks) took the honor of most attended theme park in the world in 2016, welcoming over 20.3 million people over the course of the year. But most of the those Mickey lovers might just be missing out a major park secret. (Here’s how to spend your holidays at Disney—and beat the crowds.)

The most pronounced feature of the Magic Kingdom’s skyline is Cinderella’s Castle and that’s where the secret lies. Although the average park-goer is allowed insight the legendary 189-foot citadel, they are restricted from the Cinderella suite, one of the park’s most exclusive lodgings. 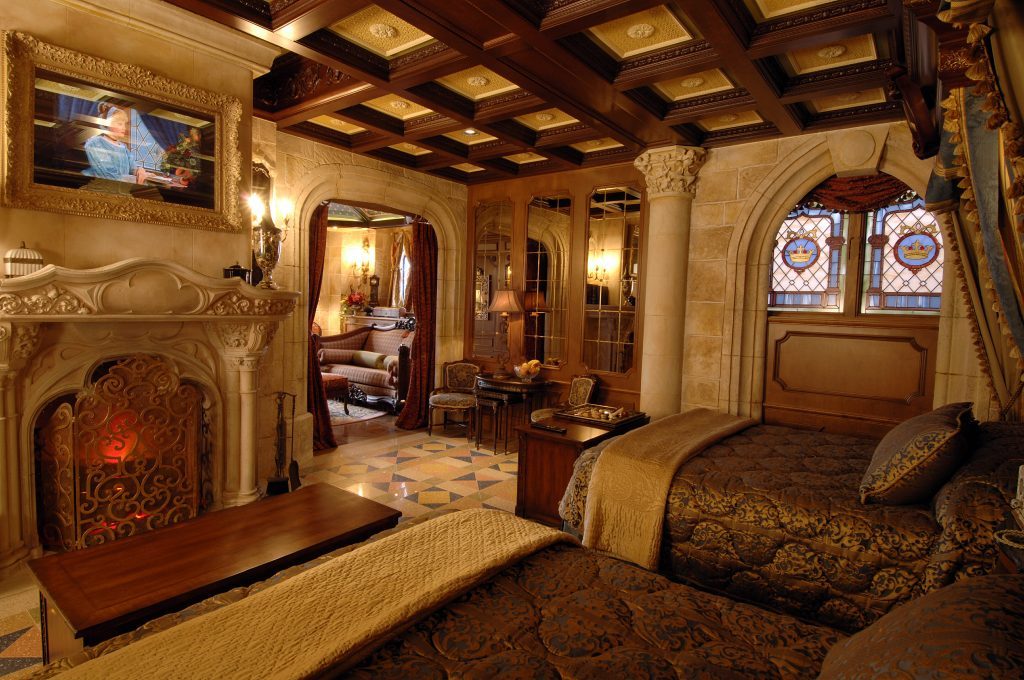 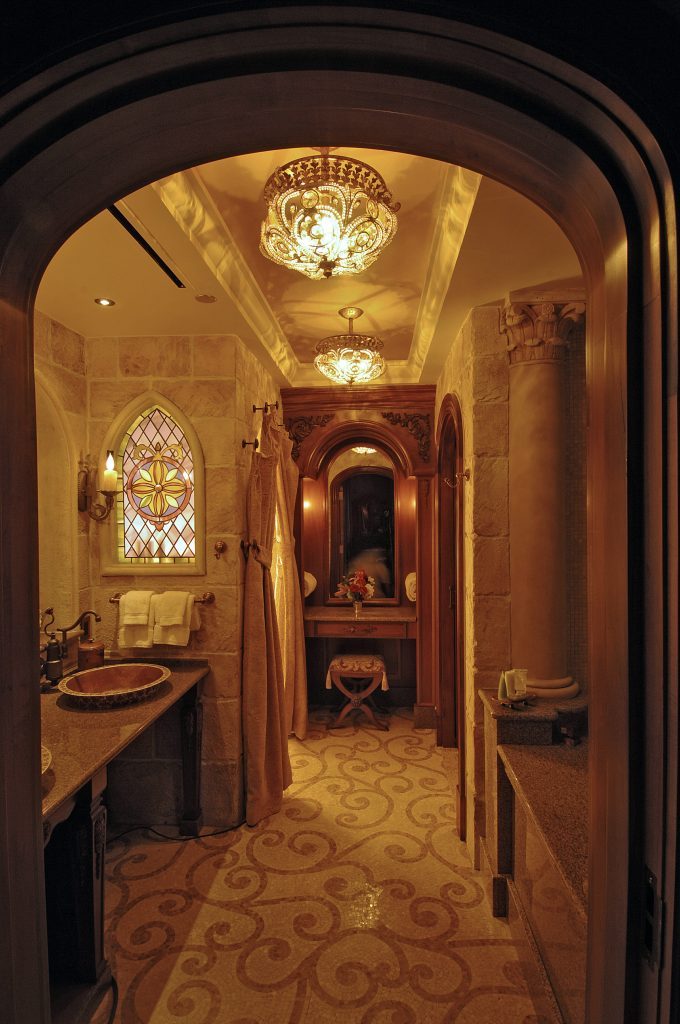 The novelty of staying in Disney World’s most recognizable structure is dandy and all, but the accommodations aren’t bad either. To access the Cinderella suite, you take a ride in an elevator fashioned in the likeness of Cinderella’s pumpkin carriage. You have access to a private Castle concierge at all times. Oh, and, once again, you’re in a castle. 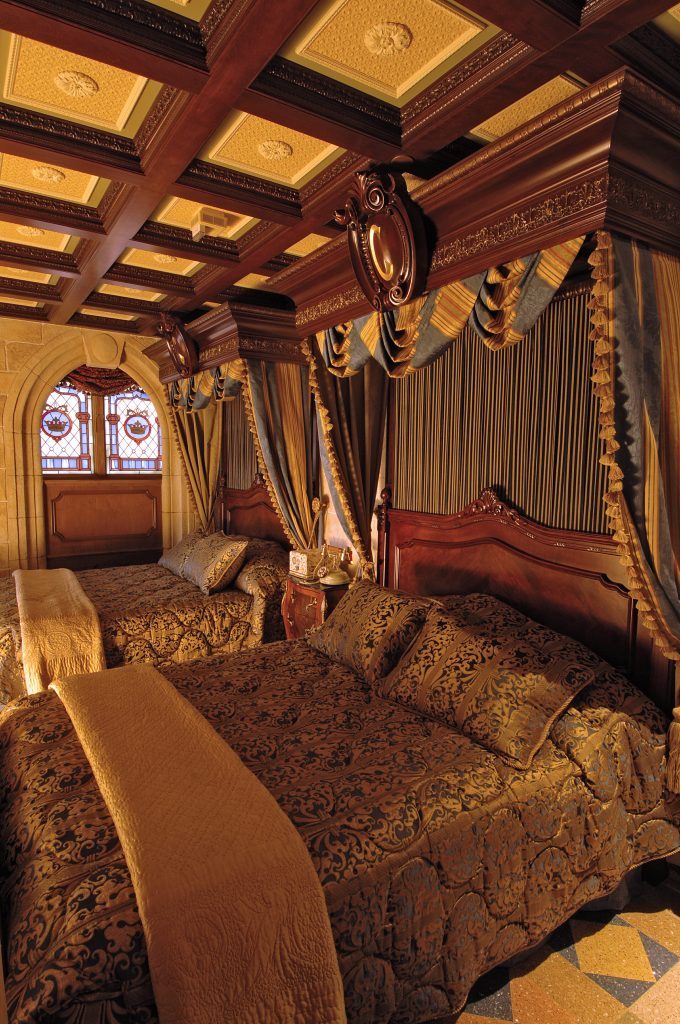 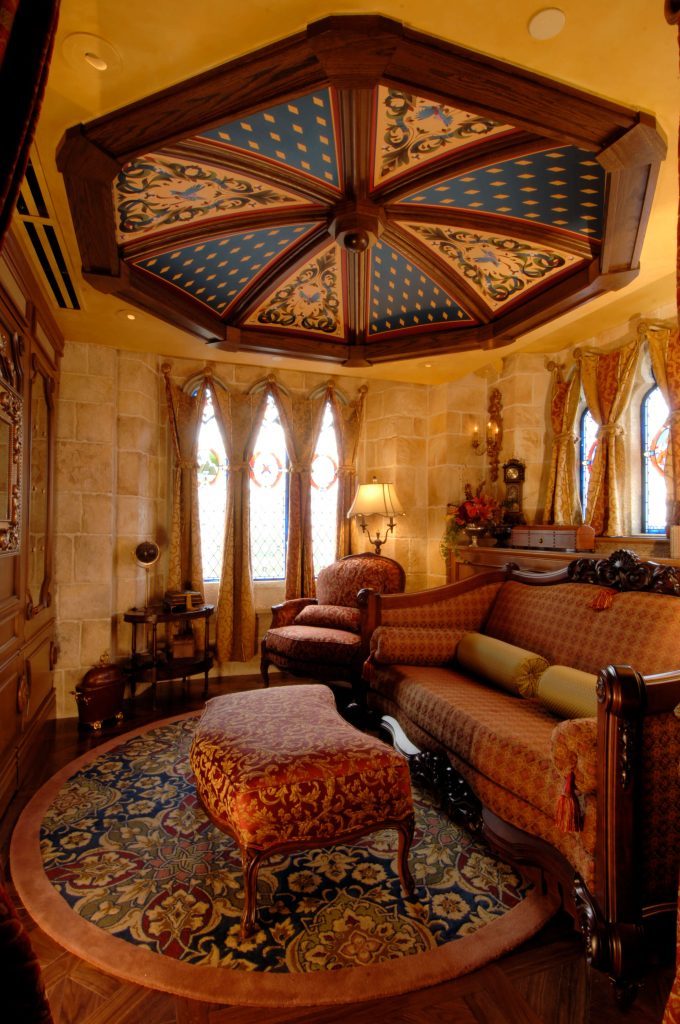 The sleeping arrangements include two beds fit for royalty and additional space in the lounge for two more guests. The lounge’s “magic TV” doubles as a mirror, but if you get bored staring at your own face, the stained glass windows tell Cinderella’s whole story in beautiful detail. 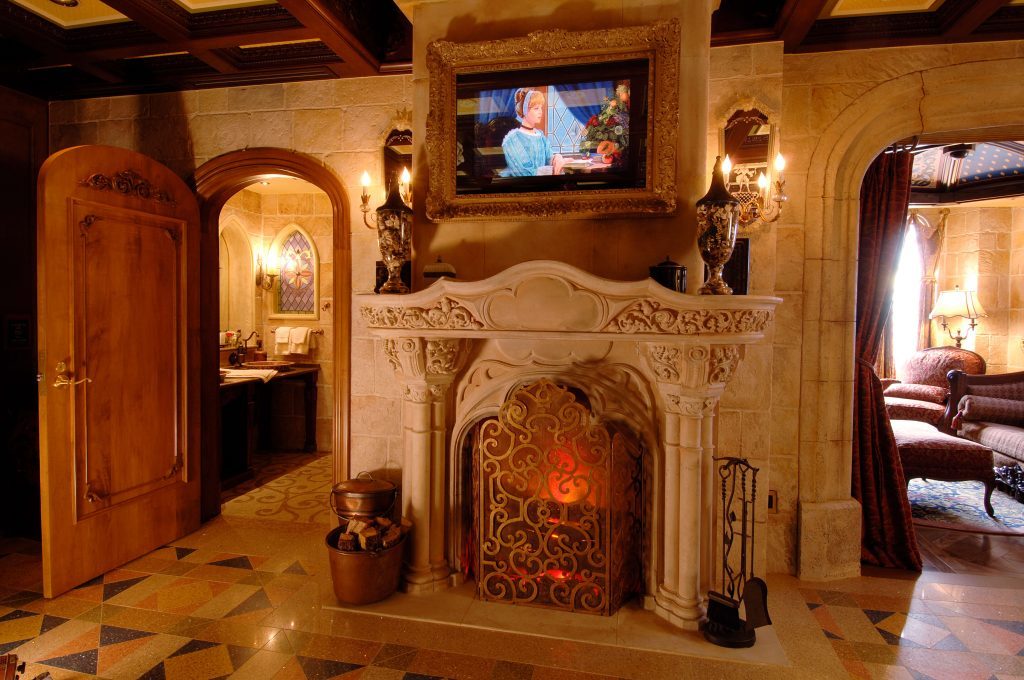 Not to strike midnight on your proverbial dream clock or anything, but a reservation for the Cinderella suite is by invite only, so you’re going to have to do some major mouse networking.

Now that you’ve gotten a glimpse into Cinderella’s castle, learn more about the differences between Disney World and Disneyland that you may not know.