This DNA Test Could Predict Your Risk of Type 2 Diabetes

This popular at-home DNA testing kit can now estimate your chances of type 2 diabetes, and the results may help you avoid the condition entirely. 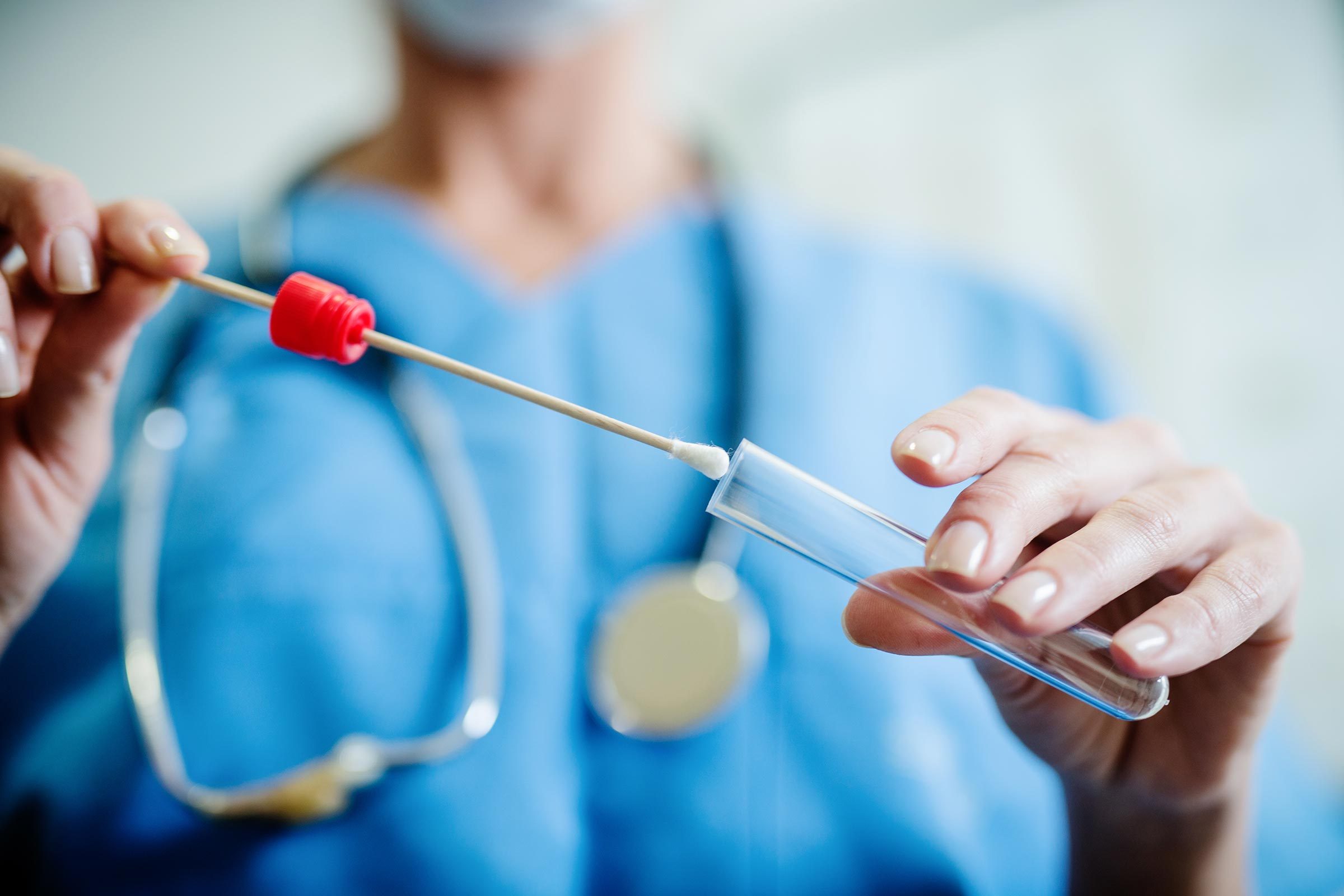 You can get genetic testing for breast cancer risk, lactose intolerance, and even if you’re likely to be a restless sleeper. Now you can add type 2 diabetes to the list: The popular at-home DNA testing kit 23andMe can estimate your chances of developing diabetes based on your genes.

Type 2 diabetes, the form of the disease most closely linked to obesity, occurs when your body fails to use the hormone insulin properly. Insulin is tasked with keeping your blood sugar or glucose levels normal. When blood sugar builds up in your body instead of fueling your cells, it can damage your eyes, kidneys, and nerves. Unfortunately, many people are unaware that they have diabetes or even that they’re prediabetic. (One in three adults has prediabetes, but nine out of ten of them don’t know it, according to the federal Centers for Disease Control.) Protect yourself by avoiding the four most common mistakes prediabetics make when it comes to their health.

“Diabetes risk is not driven by a single gene or even a couple of genes,” explains Emily Drabant Conley, PhD, VP of Business Development at 23andMe in Mountain View, CA. “We used genetic material from 2.5 million people who participated in 23andMe to create this test. The test can tell you if you have an increased likelihood of developing diabetes based on your genetics. The next step would be to talk to your doctor about modifiable risk factors.” That’s key: Obesity and inactivity play a big role in causing diabetes, so knowing it is in your genes can give you a serious head start on prevention.

The test is simple: Purchase a 23andMe collection kit, donate a little spittle, and within a few weeks you’ll get a “polygenic risk score” that takes into account more than 1,000 genetic markers of diabetes, ethnicity, and age to determine your likelihood of developing type 2 diabetes. That info could be valuable: There’s now even more evidence that type 2 diabetes can be reversed.

However, don’t be falsely reassured if you aren’t genetically disposed to type 2 diabetes, warns Latha Palaniappan, MD, MS, a Professor of Medicine and the Scientific Director of Precision Genomics and Pharmacogenomics in Primary Care at the Stanford University School of Medicine in Stanford, CA. Fail to take care of yourself and you could still gain enough weight to develop the condition, she says.

Deena Adimoolam, MD, Associate Program Director in the Division of Endocrinology, Diabetes, & Bone Disease at Mount Sinai St. Luke’s & Mount Sinai West Hospitals in New York City, also urges caution: “The results of these genetic tests are not 100 percent accurate,” she says. “There are thousands of genetic variants that may increase your risk for developing diabetes [and] 23andMe is not evaluating you for every single one, which means that just because you test negative does not mean that you are free of risk for developing diabetes in your lifetime,” she says. “The good thing about the new gene test is that it may make someone who is ‘high risk’ make changes to their lifestyle in an attempt to prevent diabetes.” Read on to find out more things your doctor isn’t telling you about at-home DNA testing.