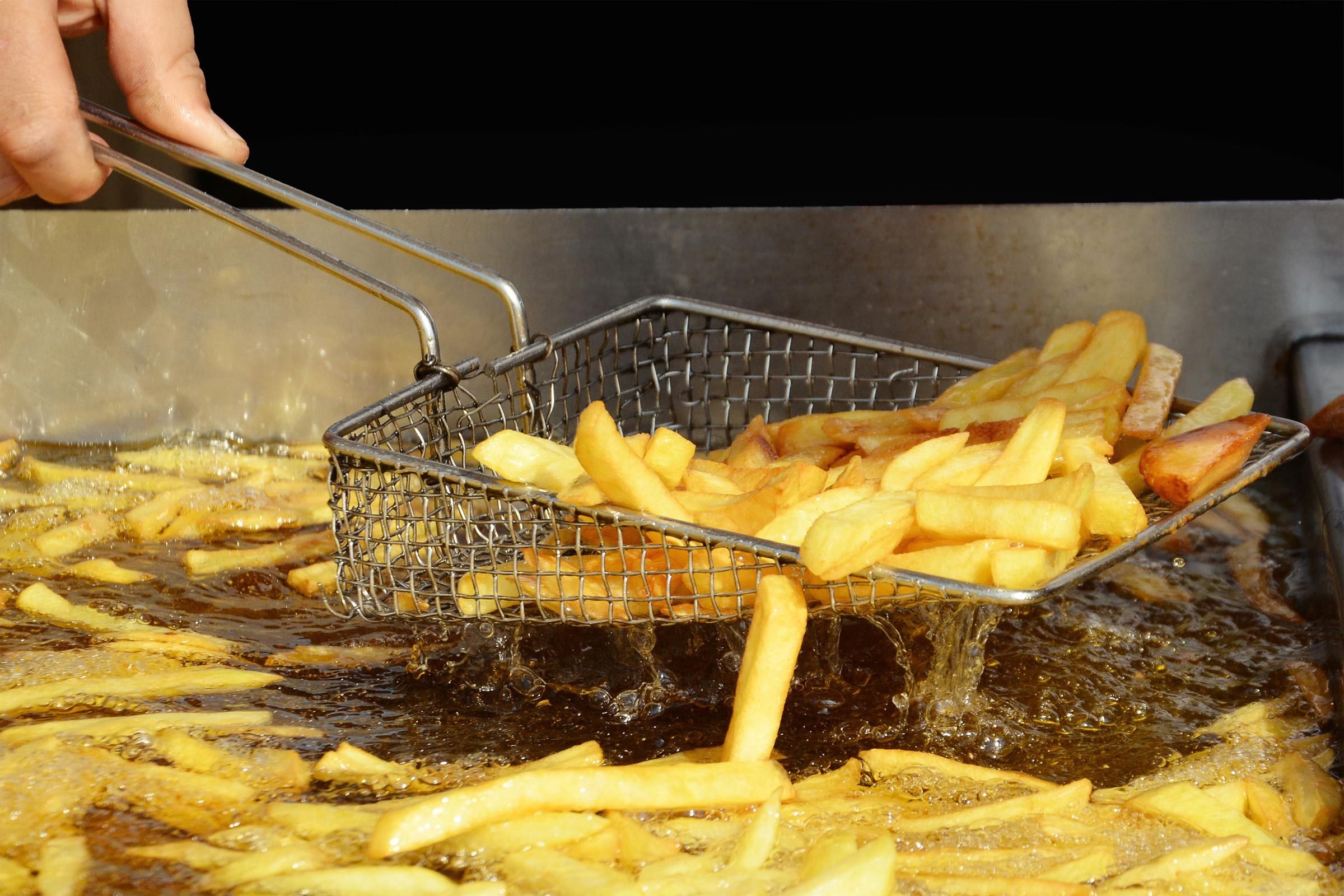 A recent study on the effects of reheated cooking oil on the body draws an alarming conclusion. You may never respond to the alluring aroma of fast food French fries the same way again.

A research team at the University of Illinois at Urbana-Champaign set out to test the effects of thermally abused frying oil (that’s the fancy term for cooking oil that has been raised to high temperatures repeatedly) on laboratory mice. Reusing cooking oil is common practice in quick-serve restaurants for frying up menu items like French fries. Specifically, the scientists wanted to see if this reused oil plays a role in metastatic breast cancer growth. On the contrary, these are 10 foods that can lower your risk of breast cancer.

Researchers injected 4T1 breast cancer cells, which are known for being relentless in that they quickly spread to distant parts of the body from their origin, into a tibia (shinbone) of each mouse. The mice were initially placed on a low-fat diet for one week, then a portion of the group were fed fresh soybean oil for 16 weeks while the others were given the “thermally abused” oil.

It’s important to note reused cooking oil isn’t causing breast cancer itself, but in the study results its properties do appear to have an effect on the spreading of existing cancer. These are 15 breast cancer myths you can safely ignore.

What about reusing cooking oil makes it problematic to our health?

As Medical News Today explains, reheating the oil changes its composition. Once it is reheated a toxin called acrolein, known for its carcinogenic potential, is released.

As with all research in the medical field, more studies need to be done for a better understanding of the thermally abused oil’s effects on breast cancer. But the team is hopeful that these results will at least provide a conversation starter with the study findings now published in the journal Cancer Prevention Research.

“We’re trying to add to this conversation and help people understand that it might not be just some inherent biological mechanism but a lifestyle factor,” says study co-author Ashley W. Oyirifi in an interview with Medical News Today. “If diet provides an opportunity to reduce breast cancer survivors’ risk, it offers them agency over their own health.”

Interested in taking charge of your own health? These are 50 everyday habits that reduce your risk of breast cancer.