If You Live in This Country, Driving with Your Pet Could Get You in Trouble

Odds are, you have probably broken this law.

Pet owners, we have some ruff news (pun intended). Do you take your friendly feline or pooch on a regular spin around the neighborhood in your car? While it’s all fun and games at first, doing so could land you with thousands of dollars in fines—if you live in Great Britain.

Yep, you read that right. In Great Britain, failing to properly restrain your pet in the car violates rule 57 of the country’s Highway Code. That’s not the only way we’re putting our pets at risk; find out the other hidden dangers for pets in your home.

“When in a vehicle make sure dogs or other animals are suitably restrained so they cannot distract you while you are driving or injure you, or themselves, if you stop quickly,” the rule says. “A seat belt harness, pet carrier, dog cage or dog guard are ways of restraining animals in cars.”

Drivers could receive a £100 fine if caught with an unrestrained pet in the car. And if you fail to pay the initial fee, the fine could jump to a maximum of £5,000. You have probably done these everyday things that you didn’t know were illegal, too.

Breaking this law is more common than you might think, as it turns out. A study by uSwitch.com found that 69 percent of pet owners said they regularly drive around with man’s best friend in the car. And about one-fifth said they weren’t aware of the law and did not secure their pet properly.

Not a British resident? Regardless of where you live, it’s always a good idea to keep your furry friend fastened nice and tight in a seat belt harness, carrier, or cage—for both your safety and theirs.

By the way, did you know that taking pictures of the Eiffel Tower at night is illegal? Bet you didn’t know these surprising international laws were real, either. 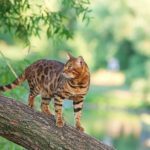 After a Trucker Lost Her Beloved Cat, a Stranger Stepped in with a Promise to Reunite Them 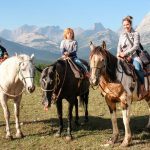