Dunkin’ Donuts Might Be Changing Its Name, and We Have Mixed Feelings About It

The 57-year-old national coffee shop chain is doing a new name test run, and if it goes well, the whole company may make the switch for good.

The first Dunkin’ Donuts was opened in Quincy, Massachusetts in 1950, and steadily grew to permeate New England, then the Northeast, then much of the country.  With over 12,000 shops across the U.S. and passionate fans who go nuts when a new location opens in their area, it’s fair to say that Dunkin’ is easily one of the most recognizable brands in the country. (Do you know the answers to these common coffee questions?)

But it looks like that brand is looking into a potential name change, according to Nation’s Restaurant News. A new location opening in Pasadena, California will drop the “Donuts” and will feature a marquee that simply reads “Dunkin’.”

It’s not quite like Dunkin’ is trying to hone in on a specific trend to turn a profit, the object being dunked. Although, Acai bowls are pretty in right now, then again “Dunkin’ Acai” just sounds like a real difficult and inconvenient affair.

This signage test drive isn’t off-brand, really, as the company has been using the tagline “America Runs on Dunkin’” since back in 2006, and colloquially Dunkin’ Donuts is simply called “Dunkin’” by many of the company’s patrons.

The rationale behind the switch up is coming from a place of identity, according to a company statement:

“While we remain the number one retailer of donuts in the country, as part of our efforts to reinforce that Dunkin’ Donuts is a beverage-led brand and coffee leader.”

If the response is positive, the potential change could come as soon as mid-2018, when the company is already planning a brand redesign. (Side note, coffee lovers. Here are 10 weird facts about coffee we bet you didn’t know.)

So, much like Lorde, Nenê, and Prince, Dunkin’ Donuts may soon be cool enough to just go by one name. 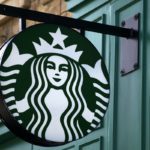