Even the most savvy among us can be duped. I learned that harsh lesson myself when an urgent and heartfelt plea arrived in my inbox.

The email popped up on my screen at 6:45 a.m. on December 24 last year. I’d already been awake for hours, working to deadline. It was from someone I know quite well: the minister of my Unitarian church. “I need a favor from you,” it read. “Email me as soon as you get my message.”

A friend was in the hospital battling cancer, he said, and he’d just learned she was scheduled for surgery that night. Could I possibly pick up some iTunes gift cards?

“She needs the cards to download her favorite music and videos to boost her confidence on her next phase of surgery.” He’d do it himself, but he was tied up, he explained. “I will surely reimburse you as soon as I can.”

“Thank you so much, Bruce,” my correspondent replied. Then he got down to business. I was to buy $300 of iTunes credit. (That’s quite a lot of music, I thought.) “I need you to scratch the silver lining at the back of each card to reveal the redemption code, then take a snapshot and send them directly to Sharon’s email.” He gave the address. “God bless.”

God bless? We’re Unitarians. Optimistic agnostics at best. The G-word doesn’t come up much. Totally weird sign-off there. I assumed Ron’s mind was still on the dire circumstances of his friend Sharon.

“I can pick up the cards around noon and engineer this by tonight,” I replied.

That would be too late, he replied. “Can you please send them to her by noon so she could be able to use them before her surgery?” This was awkward timing. But hey, what was my slight inconvenience against this woman’s cancer fight—on Christmas Eve, no less?

I drove to the grocery store and purchased four gift cards. The clerk activated them at the register. At 9:30, I emailed pictures with the following message: “Dear Sharon: The codes on the cards below will buy you music via iTunes. Everybody is pulling for you.”

A busy Christmas Eve day then unfolded. I forgot all about this until around 4:30 p.m., when I checked my email. A follow-up message was in my inbox. “Sharon just emailed me now saying she got the cards. I want to really appreciate you for that. I’m sure it’s going to go a long way in her fight over cancer.” But now there was a new development. Apparently, word of the gift cards had made its way around the cancer ward. Other patients were asking Ron for the same thing. “Could you please get me additional $500 worth of iTunes gift cards right away?”

What? The personal friend was one thing, but random strangers on the ward? Anyway, it might be too late. I called Ron.

“Are we too late to help those other patients?” I asked.

Silence. Then: “Um, I don’t know what you’re talking about.”

“Those other patients on the ward who now also want music,” I said.

“Bruce.” A long beat. “It’s a scam. Somebody has been impersonating me. I put out a warning on Facebook.”

How is it that I was played so easily? The answer is simple: Our brains are susceptible to well-crafted fiction, and the best scams are just that, says Vera Tobin, a cognitive scientist at Case Western Reserve University. The sympathies and attention of the victim are expertly manipulated by a narrative sleight of hand. The stakes start small. In my case, the initial contact was modest and believable. There were the shoe-shuffling apologies, the thanks in advance. From there, the story unfolded. Next thing I knew, I was putting on my jacket. Scammers exploit thinking errors in the same way storytellers do. We are “cognitive misers,” says University of Toronto psychologist Keith Stanovich, taking mental shortcuts and jumping to conclusions wherever possible.

Scammers take advantage of other cognitive errors, too, such as consistency bias, which says people tend to act in accordance with who they believe themselves to be. When I received the first email, it spoke to my sense that I’m a nice guy, and here was an opportunity to prove it. 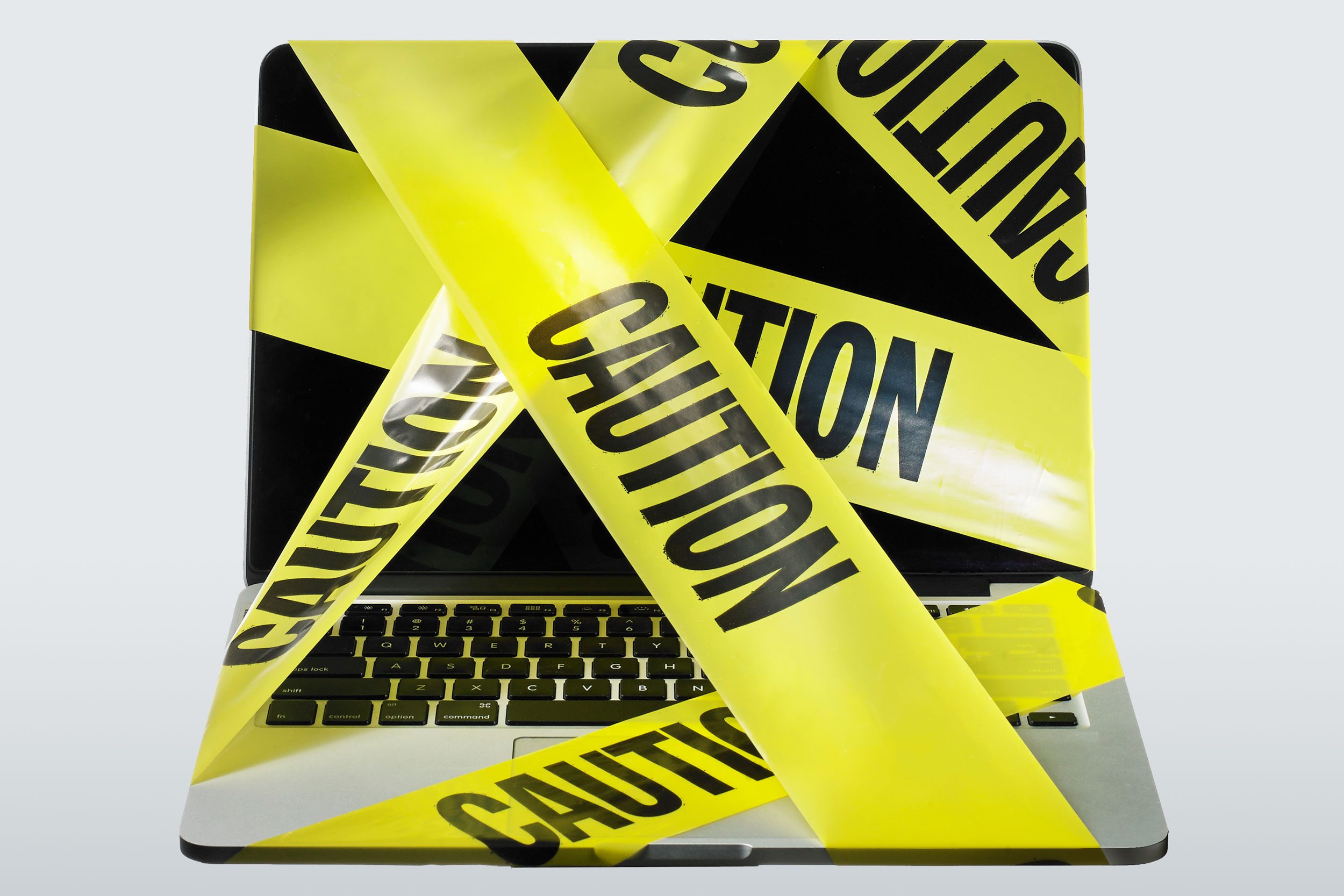 “You were on a goodwill mission,” said the cop who dutifully took down my report. “And that kind of put blinders on you.”

Then there’s anchoring, a term psychologists use to describe the act of relying too heavily on one piece of information. “It’s hard for people to set aside something they already know,” says Tobin. “And that constrains our ability to reason.” The scammer had fixed in my mind the image of a cancer ward, and to make matters worse, I could see Sharon in my mind because I have been there—I was at my father’s bedside when he died of cancer.

All these factors together may incline scam victims to overlook what should be glaring red flags. My minister didn’t use my name in the first email. Then again, maybe he was in a hurry? (The scammer didn’t use my name because he didn’t have it. Until, with my response, I gave it to him.) And the grammatical errors from a person I knew to be fastidious with language? I chalked it up to stress. Basically, I read those emails through a filter that cleaned up the language and imputed only good motives.

There’s a widespread perception that scam victims are predominantly older folk. Actually, millennials are scammed more than any other group, according to Federal Trade Commission data. But they lose less money than seniors because they have less. The stereotype that the lonely are sitting ducks is true. Lonely people are more likely to let scammers get their foot in the door; they open unsolicited mail and stay on the line with those bogus IRS agents.

I’m not lonely or a millennial. But I was randomly chosen from a pool that is viewed as promising for scammers: a minister’s congregation. There’s evidence that con artists disproportionately target religious groups—although it’s less clear whether people of faith are actually more susceptible to such scams. And sure enough, I learned that no one else in my congregation had been fooled. This scammer was lucky to have found me. I’m gullible, as my wife likes to remind me: “Remember the time you almost bought a car with a lien on it?”

There are other character traits we scam victims demonstrably share. We are decisive. OK, impulsive. “Naive” or “trusting” could also apply, although social scientists prefer the descriptor “unsuspicious.” And we are “risk takers”—physically, financially, and emotionally—says psychologist Stephen Lea of the University of Exeter in England.

You’d think ignorance would be a precondition of getting bilked. But sometimes the problem isn’t knowing too little but too much. One of Bernie Madoff’s victims was a psychiatrist named Stephen Greenspan, who lost about a third of his retirement savings to Madoff’s Ponzi scheme. Just two days before he learned he’d been hoodwinked, Greenspan had published a big authoritative tome called Annals of Gullibility: Why We Get Duped and How to Avoid It.

Overconfidence, it turns out, can produce a kind of unwarranted swagger, an almost comically obtuse misreading of events. I had actually been in the middle of editing some articles on how to avoid scams when the first e-mail arrived. This should have made me able to smell a ruse at 50 paces. But here’s the thing: While I had a solid general knowledge, I’d never encountered this particular scam. There was no Nigerian prince. It didn’t even involve money directly. Why would crooks want music? The answer: They don’t. The reason scammers ask for iTunes gift cards is simple: The codes are hard to trace. And once they have them, they can resell them.

“I’m afraid there’s nothing we can do,” said the agent from Visa’s fraud department after hearing my story.

“Because it’s not fraud,” he said. “When we dispute a charge, our claim is against the merchant. But the merchant didn’t do anything wrong here. You willingly purchased those gift certificates.”

Wait, what? I didn’t willingly purchase them. Or did I? What distinguishes fraud from all other crimes is that it demands cooperation from the victim, notes Lea. Card magician Wesley James puts a finer point on it: “The dupe is always to some extent complicit.”

But what could possibly be the payoff in getting robbed? Maybe the answer is not so different from why we go to magic shows. It’s weirdly pleasurable to suspend our disbelief and then have the rug pulled out from under us. “That aha moment,” says Tobin, “is something humans like a lot.”

The tension and release, after being expertly led into jeopardy, is something I’ve probably been missing on the flat sea of midlife. And of course, for a writer, drama is its own kind of payoff. What did I get out of the whole ordeal? I got a “moment”—a frisson of aliveness, a memory to distinguish this day from all others forever. And, not least, a story.

Red Flags You're About to Fall for a Phishing Email

This Is What Happens When You Respond to Spam Emails

Does Taking Facebook Quizzes Put Your Information at Risk?

The FBI Warns About This New Threat to Home Security Devices