Edith Macefield Was Offered $1 Million to Leave Her Tiny House. This Is Why She Refused.

Barry Martin with Philip LermanUpdated: Nov. 06, 2019
From the book Under One Roof

When a construction supervisor bonds with a stubborn old woman, he learns what matters in life. 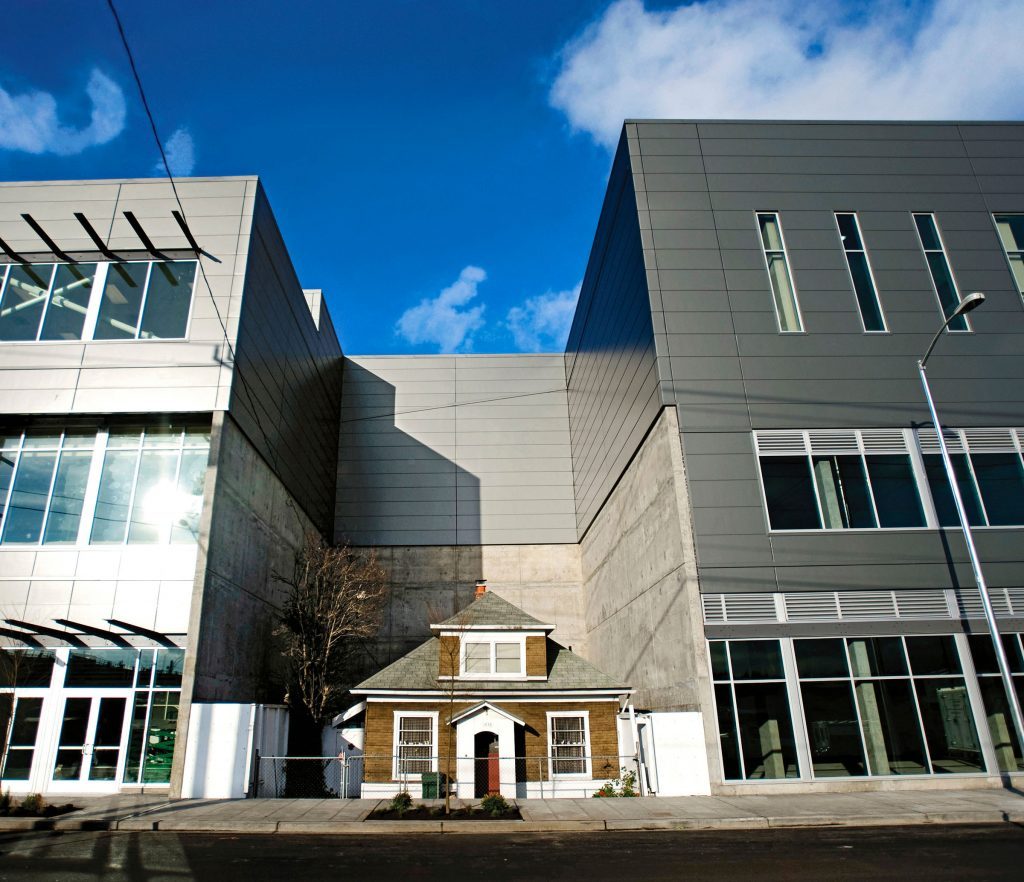 I was nervous, that first day on the job, walking up to Edith Macefield’s house. I’d heard so much already. Developers had purchased most of a city block in Seattle, Washington, to build a shopping mall. They’d gotten every inch of the property they wanted except for this one little ramshackle house. They’d even offered her $1 million for it, and she had declined. So they had had to build around it. If people even tried to talk to the woman, she would chase them away.

Edith was tending to her garden when I approached her and introduced myself. “Miss Macefield,” I said respectfully, “I just want to let you know that we’re going to be making a lot of noise and a big mess, so if you need anything or have any problems, here’s my number.”

“That’s very nice of you,” she said, holding my card close to her one good eye. “It’ll be nice to have company.”

Edith’s gate was about 40 feet from my construction trailer, so whenever I saw Edith outside, I wandered over for a chat. One morning, she called my cell phone and asked if I would mind driving her to the hairdresser. I was surprised by the request: She seemed to value her independence above everything else. Whenever I went to check that she was OK, I had to make it look like I just happened to be there; otherwise, she’d get angry.

At the appointed time, I stood next to her blue 1989 Chevy Cavalier. She had a booster seat on the driver’s side so she could see over the steering wheel. I sat down on it and hit my head on the inside of the roof.

“I guess you’re a little bit bigger than me,” she said, and laughed.

“Yeah, and getting wider every year.”

When I dropped her home after her haircut, she thanked me.

“Not a problem,” I said. “And Edith, your hair looks really nice.”

As the weeks went by, I found it easier and easier to talk to her. But then, six weeks later, I went to take her to the hairdresser again, and she was furious with me. “I just want you to know I didn’t appreciate that call this morning. You boys keep on hounding me to move—well, save your breath!” I had no idea what she was talking about. “Your friend over there at the developer’s office tried to sound all polite, but I know what he was up to.”

“Listen,” I replied. “I work by the hour, and it makes no difference to me whether you stay or go, but let me ask you one question: Why don’t you want to move?”

She looked out the window. “Where would I go? I don’t have any family, and this is my home. My mother died here, on this very couch. I came back to America from England to take care of her. She made me promise I would let her die at home and not in some facility, and I kept that promise. And this is where I want to die. Right in my own home. On this couch.”

She was so frail and so strong at the same time, vulnerable yet fiercely independent. I felt strangely protective of her. It was such a simple request.

At another meeting, the developers offered to bring someone in to take pictures of her house so that they could build an exact replica somewhere else. They mentioned the $1 million again and said they would buy a new house for her.

“I’m not sure why I need $1 million,” said Edith. “If I get sick, it probably won’t cover the medical bills, and if I don’t get sick, I don’t need it. And if you’re going to make the new place look just like this one, why should I bother?”

Before long, I was taking her to doctor’s appointments as well as to the hairdresser. Then I was scheduling her appointments myself. On one of our drives home, she was wondering out loud what she might make herself for lunch. I told her that one of the boys was going out for hamburgers, and she said that sounded good. “Don’t bring any fries, though,” she told me. “They’re too fattening.”

Instead, I told him to bring her back a vanilla shake. That was the day I learned what a sweet tooth Edith had. She would stick the straw into her mouth and not stop until the shake was gone. Then she started calling me about once a week to ask for “a hamburger and one of those vanilla things.”

It wasn’t long before I was cooking her dinner every night too. I would put a TV dinner in the oven, go to the grocery store, buy her groceries, turn around and come back, and put the groceries away, and dinner would be ready.

One evening, I noticed a picture sitting on the dusty bookcase in the living room. It was of Edith wearing wire-rimmed glasses and holding a clarinet, looking like the great jazz musician Benny Goodman. “Edith, how old were you when you started playing the clarinet?” I asked.

“My cousin Benny gave me one of his old clarinets; that’s how it started.” It was the second time she had mentioned him, and it got me thinking. Was this actually true, or was this just an old lady with a few loony tunes? So I started flipping through her Benny Goodman albums and, sure enough, one was signed “To my cousin Edith, with love, Benny.” 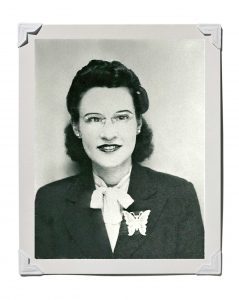 As the shopping center was beginning to rise up from the ground, I got my first call from Edith’s social workers. They didn’t think she was capable of staying in the house by herself. Could I help persuade her to move? What if something happened? And I said that something could happen anywhere, and I was just 30 seconds away and would keep checking on her. “Well, if something goes wrong, you’re going to be responsible,” they told me.

At that point, something welled up in me; it was the first time I understood how much I was learning about growing old from Edith.

“How am I responsible? I’ll check on her, but she’s a grown woman. She’s perfectly capable of knowing what she can or cannot do, and if she wants to take that risk because it means staying in her own house, that’s her right.”

I was beginning to understand how we do things for old people to make things easier for ourselves. We don’t listen to what they are trying to tell us. When Edith swatted my hands away as I tried to help her tie a shoelace, she would roar, “I can do it myself.” Just as with children, you try to persuade them to let you help them, not for their sake but for your own, just to get through the day a little quicker. Dignity is hard to let go of, especially for someone who had lived the kind of exciting life that Edith seemingly had.

That autumn, as the days grew shorter, I had given up all pretense that there was some separation between my life with and without Edith. I wasn’t spending weekends with her, but during the week, I was in and out of her house from dawn until way after dark, making her meals, taking care of the bills and the chores, the shopping and the laundry, as well as watching TV with her. On the days when I’d make it home before dark, more often than not, Edith would call me with some problem, some excuse, to make me drive back. I’ve had an accident, she’d say, or you forgot to leave water for me. I swear she would take the jug of water I’d left on the table and struggle over to the sink to pour it out just to get me to come back.

I wonder, looking back, how my wife, Evie, coped with all of this. With two teenagers at home, there was always too much for one person to do. But when I asked her, all she would ever say was that she was proud of me: “It takes a special person to do this.”

Edith fell down a number of times that winter. Too often, I’d come over and find her on the floor. But still she wouldn’t let me bring in any help, and she was becoming more and more demanding. It seemed like every time I tried to leave, she manufactured some kind of crisis. One night, she called me at home and told me she’d fallen. Evie gave me a thermos of hot chocolate and a kiss goodbye as I headed out the door.

“You don’t know,” Edith said as I left after one of these “crises,” “how sometimes I lie awake for hours, longing for the sound of your key in the door.”

It was probably the first time that she got close to saying thank you. I leaned over and kissed her on the forehead. “I love you, old woman. Now get some sleep.”

Edith seemed more fragile every day. She kept losing weight. Finally, she agreed to go to the hospital for tests. The news was not good—she had pancreatic cancer.

She was so strong, so in control that, even though she was 86, I guess I never thought to look around that particular corner. Or maybe I just didn’t want to. I had come to love Edith in the same way I loved my family. Now we talked about options, the chemo and surgery and all, but of course she didn’t want any of those things. Instead, she seemed relaxed. Relieved, even.

She got out of the hospital and went back to her little house. And then, two years after I first walked onto that construction site, on June 15, 2008, she died at home, on the same couch where her mother had died.

Edith Macefield left her house to Barry Martin. In 2009, as he cleaned it out to sell to an architectural firm, he found notes to Edith from people like Clark Gable, Katharine Hepburn, Spencer Tracy, and Maurice Chevalier. One note was signed, “Your cousin Irving Goodman,” Benny’s brother and fellow band member.

The tiny house eventually landed in the hands of the owner of the shopping center that surrounds it. But real estate broker Paul Thomas, who represented Edith’s house for years, told the Seattle Times that its fate remains unclear. “I do not expect it to be coming down tomorrow or next month or even next year.” 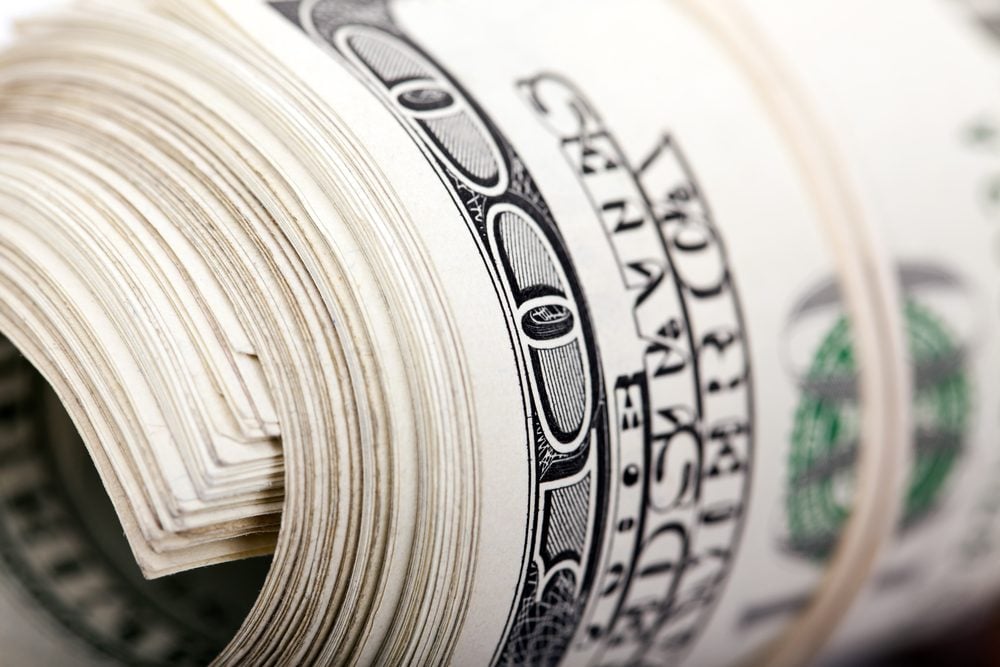 Everyone in This Small Town Became Millionaires Overnight 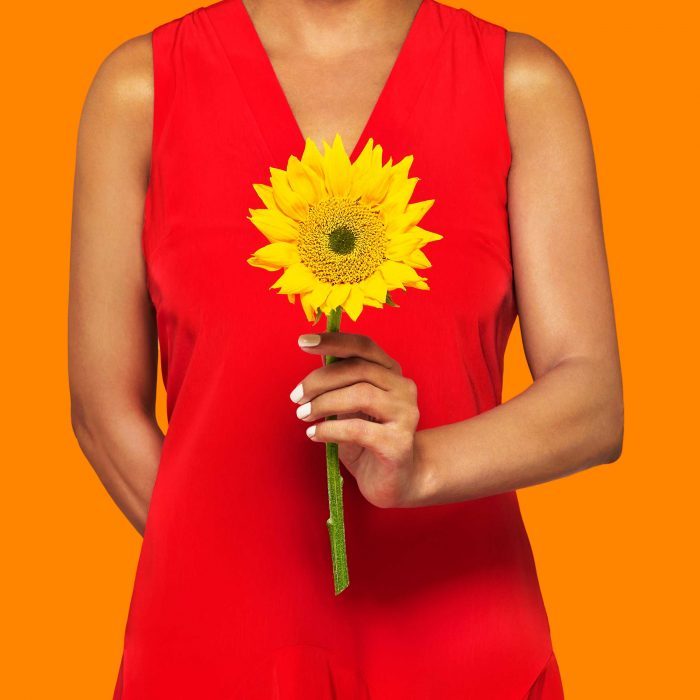 Stories About the Kindness of Strangers 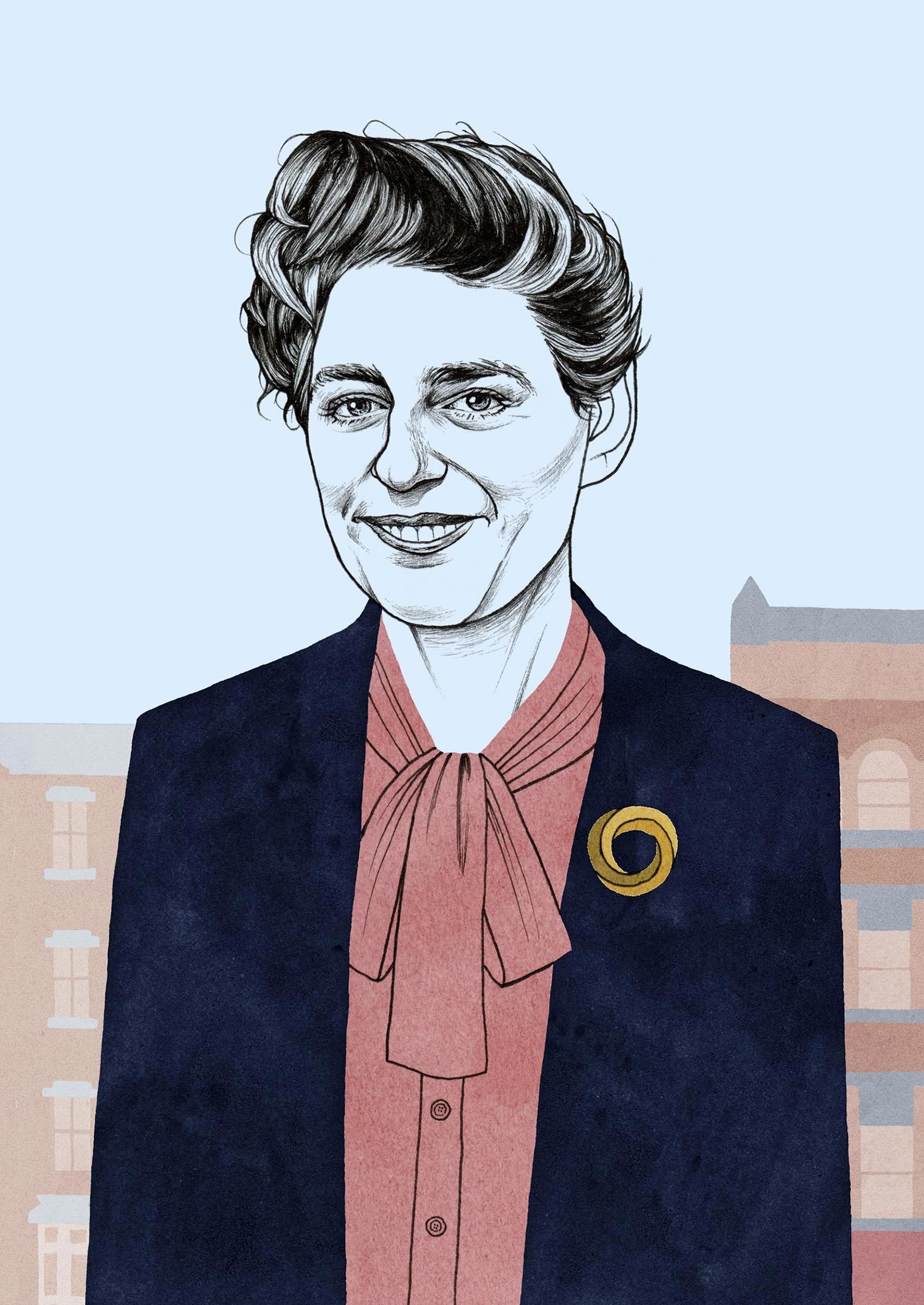 Regular People That Donated Millions After They Died