Editor’s Note: Bunnies on the Line 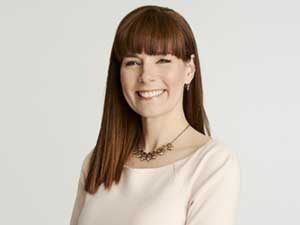 Steve Vaccariello for Reader's DigestMy life as a tax-paying employed person began in middle school, when, for three whole days, I worked on an assembly line.

My best friend Betsy’s father was an executive at Hough Bakeries, which, at Easter time, made little bunny cakes for all its stores throughout Greater Cleveland. The plant downtown needed eight kids for temporary help, and the shift fell over spring break, during which I had no plans beyond listening to my Michael Stanley Band records. Cake? I loved cake—icing especially. I’d earn minimum wage. I’d see how a factory worked. My parents thought all of this was a grand idea and called Betsy’s dad with their permission.

Our roles on the line were simple: Place cakes on conveyor belt. Attach icing ears. Apply icing eyes and nose. Remove bunny from belt; place onto trays. This was harder than it sounds. Get distracted and the cakes pile up, Lucille Ball–style. As I told my parents at dinner that first night, it was all a little more high-pressure than I’d expected.

Dad smiled. The son of a grocer, he’d spent the summers of his childhood stocking shelves and delivering food to the back doors of mansions in Bernardsville, New Jersey. This was the sort of work that made you appreciate the dollars you earned, he told me. And if your feet hurt or the minutes felt like hours, well then that was just incentive to keep those grades up and get that college education.

And the icing? We kids were allowed to eat as much as we wanted. By noon the first day, I could barely look at the stuff. To borrow a favorite phrase from my father: The executives at Hough didn’t fall off the turnip truck yesterday.