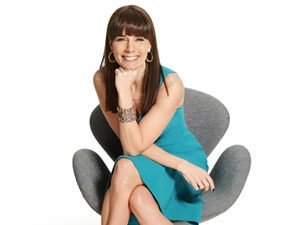 Steve Vaccariello for Reader's Digest“Gotta call the plumber,” I say absently. The water keeps running after the toilet flushes. “Don’t worry,” says Steve. “I’ll fix it myself.” My better half has many talents—parenting, photography, making pancakes in the shapes of animals. But handyman? I look at him. My mouth smiles, but my eyes dim with doubt, worry, mild fear.

For a few weeks, repairs appear to be happening. The lid to the commode remains askew, as if a worker has just stepped away for a coffee break. But at night, I hear it: water flowing ceaselessly. “Let’s just call,” I say.

“Yes, but he’ll know which part to replace.”

Steve looks hurt. “I got this, love.”

If I don’t believe in him, who will? I nod encouragingly.

Summer fades to fall. He fiddles, tries this and that. “Hey,” I say, “do you know how many people have to walk miles for water of any kind? And we’re letting perfectly good water run down our drain? It’s time to call in an expert. Let’s do it for the planet.”

Instead, Steve teaches me to shut off the water source completely by turning a knob on the wall. We reach around, behind, and under the pedestal between flushes for months.

Then, new year, new strategy. Steve calls the manufacturer, and the representative suggests an often-needed replacement part. He runs to Home Depot.

“Fifteen bucks!” He is victorious, waving a bag.

“Right part, wrong size,” he mumbles a few minutes later, running back out the door.

An hour later, we’re high-fiving. He calls the children in to ooh and aah. I effuse.

“That toilet may have won some battles,” says my husband. “But I won the war.”