The Earth has unbelievable powers of restoration and renewal, Germaine Greer argues -- just take a look around you. 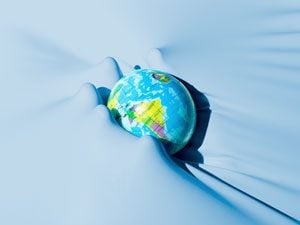 Once great wrongs are done, it’s rarely possible to undo them. Earth, the most exuberant planet known to exist in any galaxy, carries great wounds upon its lovely face: denuded hills; fertile farmlands being washed into the sea or turned to dust; treasure-houses of biodiversity annihilated; air, land, and water poisoned. It seems that nobody knows how to reverse any of it.

And yet, in the cracks between the pavement of the expanding cities, seedlings of long-gone forest giants continue to emerge. Earth keeps on trying to renew itself, after radioactive leak, after nuclear explosion, after earthquake and eruption, after flood and tsunami. The planet’s powers of recuperation and restoration are almost unbelievable. Give it an inch, and it will give you a mile.

Field flowers no longer grow amid the crops in England’s fields, but once the backhoes are withdrawn from roadwork sites, poppies spring from the disturbed ground. The seed they have grown from blew off the fields maybe a generation ago and has lain in the soil ever since, waiting for someone or something to break the sod. Year after year, the poppies keep turning up, every time bringing their promise of resurrection.

The dead hedgehog on the road cannot be brought back to life, but creating habitats for hedgehogs will give other hedgehogs a better chance of breeding successfully so that numbers can build up again. In suburban gardens across England, people are making tunnels under their fences so that hedgehogs can travel without having to cross roads so often. It doesn’t take much and costs nothing, but it puts the householder on the side of Earth, which is the hedgehogs’ home as much as it is ours.

The swallows that have nested at my place in Essex ever since I have didn’t turn up one year. Or the next. Ten springs passed, and I thought they couldn’t possibly remember the barn where they had built their mud nests so many years before. I stopped scanning the sky for them. I was working in the greenhouse one day when I heard their call and ran out to see. They were flying in and out of the little entrance I had cut out of the barn door for them, for all the world as if they had never been away. And they have come back every year since. They, too, tell me that everything is not lost.

The lower orders, as we unjustly call them, have enormous potential for replenishment because they reproduce in huge numbers. A butterfly that this year seems extinct may turn up in clouds next year, given a different weather pattern. This is a massive reversal of fortunes, but the butterfly is born to it.

Insects are the virtuosos of reversal because metamorphosis is their specialty. They begin as earthbound larvae that do nothing but eat and are as likely to end up as winged creatures that seldom eat. Even the humble cockroach can have several nymphal stages; rain forest cockroach nymphs can be spectacular. Even our exhausted honeybees might be capable of coming back from the brink if we improved their genetic diversity.

The further down we go, the more transformational the powers of the creatures we meet, until we arrive at the viruses that can change themselves faster than we can find ways of dealing with them. We imagine ourselves to be at war with such creatures, when they are our cousins and we need them on our side. If we colonize Mars, we will need to take some of them with us.

In 2001, I went back to my birthplace, Australia, to find a piece of land that I could fix. In the past hundred years, a patch of subtropical rain forest in southeast Queensland had been logged, burned, cleared, plowed, grazed, and sprayed with Agent Orange. Yet when I saw it, I knew that it could rebuild itself. All I had to do was to remove the obstacles that prevented its coming back into its own: the cattle and the invasive weeds, most of them garden escapees, and deliberately introduced pasture grasses.

There was enough seed in the canopy to revegetate much more than a mere 150 acres; most of it carried larval infestation, which meant that the pollinators the trees required would be regenerated along with them. No sooner did the numbers of fruiting trees build up than the bats turned up, a dozen species of them. The bird species multiplied, including some thought to be on the verge of extinction. And the invertebrate population exploded.

The reversal of the forest’s devastation may seem slow; it’s taken 14 years so far, but for at least five of those, my wonderful workforce and I were learning what to do (and what not to do). It has now gathered speed, and soon there will be nothing but maintenance left to do. The whole process has taken less than an instant of evolutionary time. Remember these ways to be more eco-friendly this holiday season. 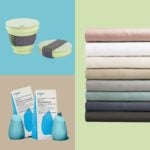 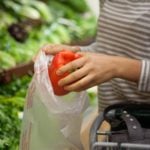