A former boxing champion takes a repeat offender off the streets.

At a red light on a rainy, windy morning last December, fire battalion chief Mark DeBruyckere looked up to see a large truck barreling toward the intersection, heading right for him.

Without so much as a pause at the red light, the speeding vehicle careened into two cars that were turning left in front of DeBruyckere. He flicked on the fire department radio to call in the accident.

As dozens of cars sat idling at the busy intersection, DeBruyckere, 48, noticed something alarming: The truck’s driver, a tall man wearing a backpack, had gotten out of the vehicle and was attempting to carjack one of the cars. As the man tried to open door after door, DeBruyckere jumped out of his SUV and began running toward the man. “I had to act,” says DeBruyckere. “I thought he might get into a vehicle, pull a woman out, and [drive off with her kids] in the car. I couldn’t let that happen.” 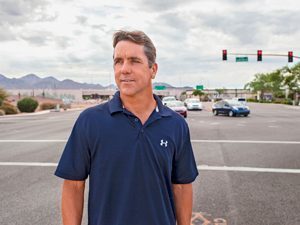 Chris Hinkle for Reader's DigestWhen the man noticed DeBruyckere coming his way, he dashed down the median in the opposite direction. DeBruyckere caught up with him after about 60 yards. A former Golden Gloves champ, DeBruyckere tackled the man, but the fugitive wriggled free and forced his way into the cab of another stopped truck, sending the driver fleeing.

DeBruyckere followed the carjacker and lunged into the vehicle from the passenger’s side to pull the parking brake. The men wrestled for control of the wheel.

They fought for “what seemed like an eternity but was probably 20 or 30 seconds,” says DeBruyckere now. “Then I heard, ‘Freeze! Don’t move!’ ” Dozens of Scottsdale and Phoenix police officers had arrived on the scene. One police officer drew his gun and approached the truck. He ordered DeBruyckere to get out of the cab.

What DeBruyckere learned later: The police had been chasing the suspect, Kenyatta Kindu, because not only was he a reckless driver and a carjacker, they allege, but more shockingly, he was also suspected of robbing a Phoenix bank and locking its employees in the bank vault just hours before. The backpack Kindu wore held the stolen money—as much as tens of thousands of dollars. Kindu is awaiting trial. 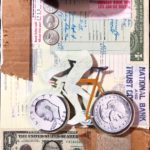 He Was on His Way to Cycling in the Olympics—Instead of Chasing Gold, He Used His Bike to Rob Banks 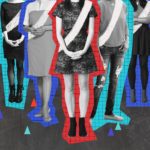