A woman defends her turf—and saves a boy’s life.

One Friday night in May 2010, Oliver and Ione Kleven heard angry shouts coming from their front lawn. Ione, 65, stepped onto the porch and saw two men in dark clothes struggling with something on the ground—right where she and her grandson had planted a flower bed the weekend before.

“Go fight somewhere else!” she yelled, worried her plants would get trampled.

At the sound of her voice, the face of a boy Ione hadn’t noticed before appeared from beneath the two men. He looked 14.

“They’re trying to kill me!” the boy screamed. Ione ran toward them and, without hesitation, grabbed the boy’s arm, pulling him out from underneath the men.

“Leave him alone!” she yelled.

When the men stood up, Ione saw what looked like a sharp object in one man’s hand. When she turned back toward the boy, he was hunched over, moaning in pain and holding his stomach.

The attackers began to move in on the boy again when the voice of Ione’s husband, a former Marine, boomed from the porch. “Get lost!” he shouted.

The two men walked quickly and quietly across the street and drove off in a dark sedan.

“I have to get to the hospital!” the boy cried. He lifted his shirt, and Ione could see his intestines bulging from a bloody wound on his stomach. Oliver hugged the trembling boy on the porch steps while Ione grabbed her cell phone and car keys inside the house. She handed the phone to Oliver.

“Call 911,” she told him. “I’m going after them.” Ione took off but was unable to find the car. The men have not been caught.

When she returned, the police and paramedics had arrived, and the boy was on a stretcher.

The Klevens then learned what had happened. Earlier that night, as the boy waited for his parents to pick him up from the high school across the street from the Klevens’ house, two men approached and demanded his wallet. When he refused to hand it over, one of the men punched him in the face. The boy ran across the street. The men caught up with him, and one stabbed him in the back and stomach with a sharp hook. That’s when Ione stepped in.

The boy’s wounds required operations, but he has fully recovered.

“He was alone and outnumbered,” says Ione. “There was no time to do anything except what I did.” 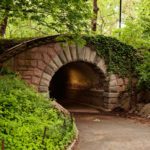 “Never Run, Because Then You’re Prey”: How I Walked Away from an Assault Unharmed 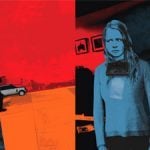 She Was Studying in Her Room. Then a Stranger Fastened a Bomb to Her Neck.