Everyday Heroes: From Captive to Caretaker

When the police rescued Gina DeJesus, 23, and two other women from a south Cleveland home last May after more than a decade of sexual enslavement, they also saved three dogs: Lola, a terrier mix; Drake, a Shih Tzu mix; and Dina, a Chihuahua.

ASPCA psychologist Stephanie LaFarge thinks the animals may have helped the women cope with their circumstances. “Even if you can’t help yourself, there’s something rewarding about caring for another living creature,” she says.

After brief stints in foster homes, the dogs landed at Dogs Unlimited Rescue in nearby Pepper Pike, Ohio. The shelter volunteers assumed that the animals and the freed women had become attached over the years, so the staff offered the dogs to them first. 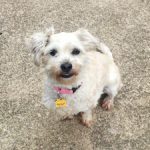 Gina won’t comment on the adoption. But LaFarge believes that “a rescued animal expresses appreciation for being rescued.” In some ways, “Gina is helping the dog as much as it helped her,” she adds.

What Is Juneteenth and Why Do We Celebrate It?
After a Woman Rescued an Injured Swan, Strangers Helped Her Get the Bird Across the City to a Rehab Center
This National Guardsman Still Found Time to Teach His Students After Being Called for Duty