Tied to a truck and dragged for miles, this young pup has seen extraordinary cruelty—and overwhelming kindness.

In late November 2013, someone tied a year-old dog to the back of an old-model Ford white pickup truck in Marietta, South Carolina and deliberately dragged her around; witnesses spotted the driver and puppy near Wildwood Road and Geer Highway. Eventually the rope broke, but not before the dog suffered heartbreaking injuries.

This story could have ended tragically, but at the exact moment when authorities brought her to a Greenville vet to be euthanized, animal rescue volunteer Cynthia Seracino happened to be picking up another dog in the office—and a viral campaign began.

Seracino works with a group called SNARR, which stands Special Needs Animal Rescue and Rehabilitation, an organization with headquarters in Louisiana and New York, and networks all over the country. She texted SNARR’s New York head, Courtney Bellew, who jumped on the phone. “I spoke to the vet and asked if she was suffering or if he felt she had a good chance for a good quality of life,” Bellew says. “He said that although treatment would be very expensive, he thought she could recover.”

SNARR committed to treatment for the puppy—which so far has included surgery for soft tissue wounds, dressing for degloved paws, intravenous antibiotics, a transfusion, and painkillers. Now named Andra Grace (the name Andra chosen for its meaning of strength and courage), the healing pup has a Facebook page, Justice for Andra Grace, which gathered more than 37,000 likes from around the world, and has had more than $15,000 raised for her care through small, individual donations. Despite her ordeal, Andra Grace remains sweet and gentle-natured, and her vets remain optimistic about her recovery.

Update: Thanks to the grassroots attention, tips poured in, volunteers canvassed the area, and a suspect was caught. Fox Carolina reports that Roger Owens of Marietta was issued a summons for cruelty to animals and is scheduled to appear in court December 20. As it stands, the local penalty for animal cruelty is a fine of up to $1100 or 30 days in jail; SNARR is fighting through the Greenville County Solicitor’s office to have the charges increased to a felony.

Meanwhile, 12-month old Andra Grace continues to improve (she’ll need more skin grafts, surgeries, and physical therapy), and SNARR has discovered that she’d actually given birth to puppies shortly before the dragging incident. So far, four of those badly neglected pups have been found and rescued; one died from sepsis but the other three are thriving. 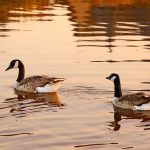 A Heartwarming Lesson in Devotion, Courtesy of the Geese in My Front Yard 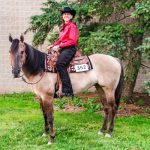 A Small-Town Preacher Desperately Wanted 2 Ponies for His Horse-Crazy Daughters. His Neighbors’ Generosity Will Warm Your Heart.