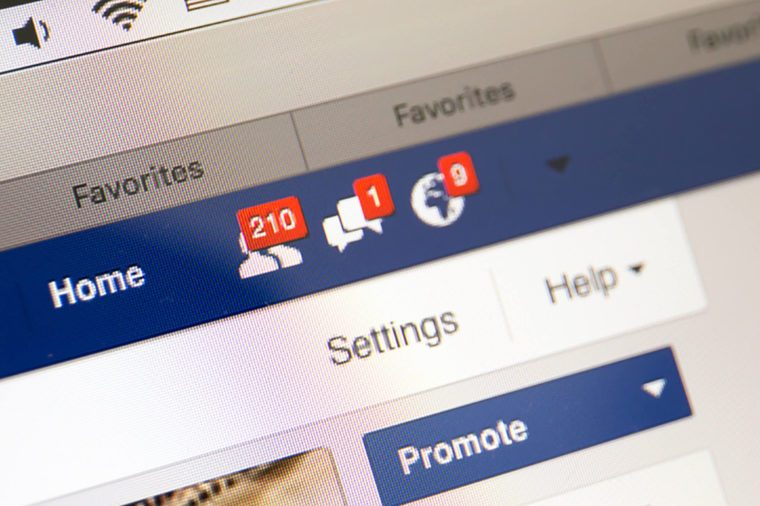 tuthelens /ShutterstockSocial media is a great way to express your personality, but your friends list could be revealing more than you think—and more than you want.

Researchers from the Ruhr-University Bochum in Germany recruited a total of 531 Facebook users (mostly college students) to take an online survey. The volunteers answered questions revealing how they used Facebook, such as how often they posted pictures or looked at relationship statuses, but they also revealed their personalities by rating how much they agreed with certain statements. Answers helped rate how materialistic they were (e.g. “My life would be better if I owned certain things I don’t have.”) and how much they compared themselves to others, as well as whether they thought Facebook friends made them successful or helped them achieve their goals. Find out which of the four types of Facebook users you are.

The survey first went out to a group of 242 users, then to 289 participants, but the results were the same, according to results in the journal Heliyon. Materialistic people have significantly more friends than people who care less about possessions. “They tend to objectify their Facebook friends,” lead author Phillip Ozimek, MSc, says in a statement. “They acquire Facebook friends to increase their possession.” The study didn’t specify how many friends the average materialist had, but participants in the first and second study had around 284 and 318 friends, respectively.

It wasn’t just about the number of friends materialists had, though—it was also about how they used them. Materialists are more likely to consider having lots of Facebook friends a sign of success and to use those friends for their own personal goals. “As narcissists use Facebook for self-glorification, or people with low self-esteem for interacting with others and feeling better, materialists use it to acquire and promote possessions,” the authors write. Don’t miss this other personality disorder a Facebook obsession could feed.

The researchers also found a link between social comparisons and materialism. Participants who admitted often comparing themselves to their Facebook friends also tended to be more materialistic.

In the paper, the authors point out that they can’t be sure whether the materialism is a cause or effect. Maybe materialistic people like to “collect” friends, or maybe having a lot of friends means seeing the highlight reels of more people and then wanting what those people have. (Here are 9 ways to tell if you’re addicted to Facebook.)

Regardless of where the link comes from, the researchers stress social media isn’t necessarily bad; it can also be a fun way to keep in touch and feel good. “Social media platforms are not that different from other activities in life,” Dr. Ozimek says in a statement. “They are functional tools for people who want to attain goals in life, and some might have negative consequences for them or society.”

Want to see how you’d react from some time off social media? Learn how a Facebook break could boost your well-being. 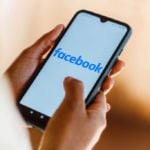 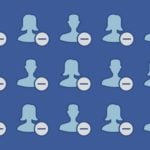