Courtesy Nicole Fornabaio/Rd.comFacebook is a wonderland of family photo ops, political statements, and life updates from old friends (plus the occasional ex or two.) But wander around the site for long enough, and you’ll learn it also has a plethora of little-known features. For starters, this is the sneaky way Facebook is tracking where you are. And here’s how to turn off those weirdly accurate Facebook ads, too.

The social media app typically alerts you any time you receive a message from someone on Facebook who isn’t your friend or a friend-of-a-friend. (This site can show you who unfollowed you on Facebook.) Those messages are then distributed into a “Message Requests” folder. But few people realize that this doesn’t happen all the time. Thanks to a recent update, if Facebook thinks the message is spam, it will filter it into a hidden folder, instead.

But some of those messages could be extremely important, don’t you think? What if an old flame or long-lost relative tried to get in touch? So here’s how to find the secret stash of unread messages. When you open the Facebook messaging app, tap “People” on the bottom menu. Hit “Message Requests” and tap the “See filtered requests” option, which will be below any existing requests you have.

Voila! All of the messages that appear here have been blocked by Facebook Messenger’s filtering system. Feel free to rummage around for any missed connections from the past several years. But if you see this message on Facebook, don’t open it! It could be a virus. 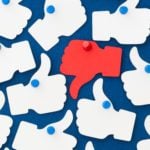 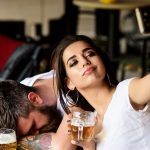 How to Delete Photos from Facebook: A Step-by-Step Guide