6 People Who Tried to Be Criminals and Failed Miserably

See how these six imbecile outlaws just couldn't get the job done. 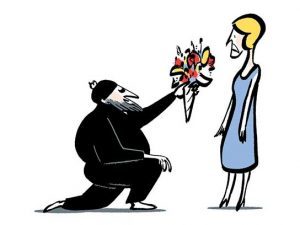 Nishant Choksi for Reader's DigestFail: You fall in love too easily

A Columbus, Ohio, woman had her purse stolen by three armed men in the parking lot outside her home. Two hours later, there was a knock on her door. It was one of the thieves. He had come by to ask her out. Source: Columbus Dispatch

Fail: You have yet to cut the apron strings

After unsuccessfully robbing a convenience store, a young man ran across the street to another store, called his mother, and asked her to pick him up. Source: sun-sentinel.com

Fail: Your feelings are easily hurt

A Good Samaritan noticed an elderly man being robbed, so he jumped in and punched the thief. The thief was so upset, he called the police
to complain. Source: utsandiego.com

Fail: You try too hard to impress

This is how much a job applicant wanted to work at a McDonald’s in Norfolk, Virginia: When the manager told him that he would need to apply
online, the man showed him a gun tucked into his waistband. Hard to believe, but the manager found a paper application for him. As the gun toter filled it out, officers arrived and ordered one criminal to go. Source: wvec.com

A man broke out of a Kentucky prison in January but quickly turned himself back in because he was cold. Source: Associated Press

Fail: You forget to type out your heist note

A bank robber in Hillsboro, Oregon, handed a bank teller a note that read, “Need $300 or I’ll kill you. I’m serious.” At least, that’s what it was intended to say—but the teller couldn’t read the bank robber’s handwriting. So the robber stepped aside to rewrite the note on a bank slip, giving the teller time to activate the silent alarm. Source: kptv.com

Next: The 12 Unluckiest Criminals Ever 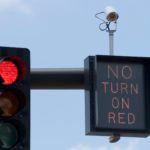 How Do You Know If a Red Light Camera Caught You? 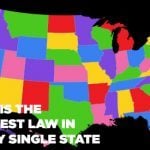 Here Are 50 of the Dumbest Laws in Every State