When I learned that the most popular course in the history of Yale University—a psychology class designed to teach students how to become happier—was available online to anyone who wanted to take it, I decided I had to see what it was all about. After all, I’ve been writing about happiness for years, offering techniques and advice from researchers who found that this idea or that habit can boost well-being. I was curious to see what Yale professor Laurie Santos was recommending, but I assumed I’d already be familiar with many of the concepts. So I invited my boyfriend, Ian, to take the course with me. I wanted to see how someone who hadn’t heard it all before reacted. This is the one secret you need to live a fulfilling life.

Santos’s online course consists of 19 hours of video lectures and is supposed to take ten weeks to complete, but Ian and I spent three months soaking up what she had to offer. We learned that the things we tend to think will make us happier—­bigger paychecks, nicer homes, trimmer ­bodies—don’t actually add joy to our lives. But practices such as exercising more, socializing, getting enough sleep, and prioritizing free time over making money do.

“These constant practices are really what’s required to boost your happiness,” Santos told me after Ian and I completed her course. “It’s like a tire that you put air into. Occasionally it leaks, and you have to put more air into it. It’s not a one-time thing where you learn it and you’re good. You actually have to put the work in.”

Although part of the course focuses on the desire to get good grades and land the perfect job, we realized that these lessons aren’t helpful just for college students; Ian and I are both middle-aged, with six children between us, and most of what Santos said was relevant to us.

“What the science suggests is that these tips apply cross-culturally, across ages, and no matter what job you have,” Santos says. After taking the course, I’m convinced that anyone who adopts and practices the strategies that Santos suggests can truly become happier. Here are our favorite takeaways. Did you know the clothes you wear can also impact your happiness? These are 10 ways your clothes can change your mood.

Reconnecting with a friend can boost happiness, but so can a meaningful encounter with a stranger. “One of the most complex things we can engage with is another person’s mind,” says Juliana Schroeder, an assistant professor at the University of California, Berkeley, and one of the researchers cited in the course. Ian loves chatting with waiters, and I noticed him doing it even more after we learned about the benefits of such interactions. He beams afterward. 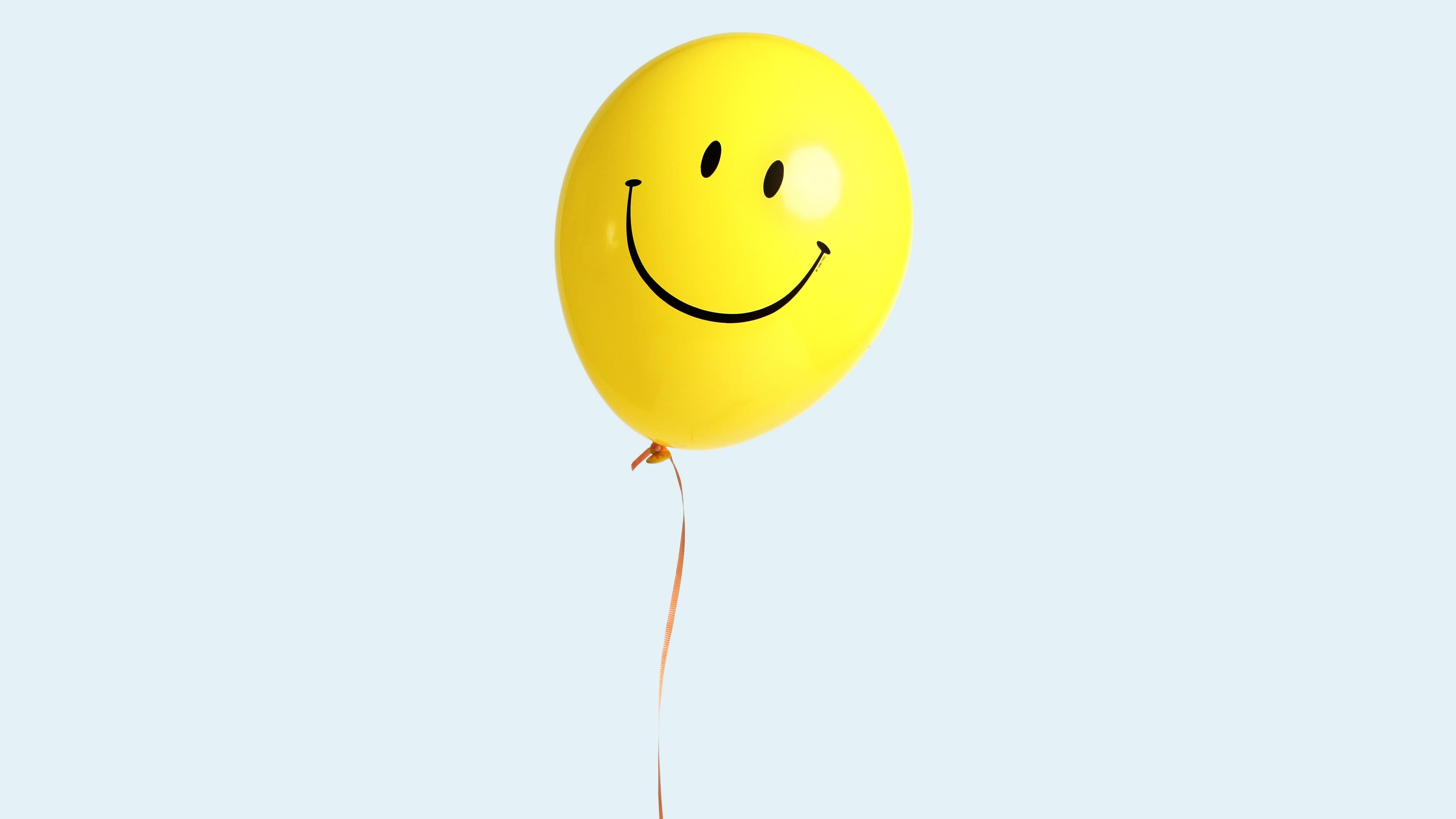 Joleen Zubek for Reader's DigestTim Bono, who teaches his own course on happiness at Washington University in St. Louis, offers this caveat: Facebook friends don’t count. In fact, many studies have found that the more you use social media, the less happy you are. In his book, Happi­ness 101: Simple Secrets to Smart Living and Well-Being, Bono argues this is because social media—­especially picture-­heavy platforms such as ­Instagram—showcases things others have that we don’t, making us want more and appreciate less. Santos echoes this idea in her course. She warns of ways our minds trick us into feeling less happy, such as by comparing ourselves with others who seem richer or more accomplished. And with the volume of carefully curated digital personas online, the comparison is far less likely to be ­favorable—or, for that matter, true.

Volunteering to help someone or buying a coffee for the person behind you in line can make you happier than doing self-indulgent things such as getting a massage or a pedicure. “You just feel good about yourself as a person,” says Sonja Lyubomirsky of the University of California, Riverside, another of Santos’s sources. “Whereas if you’re treating yourself, it might actually lead to feelings of guilt afterward.”
Varying your approach is key. If you perform the same act of kindness over and over, it may begin to feel like an obligation or a monotonous chore. Ian and I held doors open for people, let extra cars merge in front of us on the highway, and helped colleagues solve computer problems. The re­actions we got made us feel better about ourselves, and they didn’t cost us anything, unlike an indulgent massage.

Kindness brings other happiness benefits, too, says Raj Raghunathan, author of If You’re So Smart, Why Aren’t You Happy? Helping others takes the focus away from our own worries and problems, which can boost happiness. And because it doesn’t result in the guilt that more self-serving behaviors can, being generous won’t increase levels of the stress hormone cortisol. Perhaps surprisingly, kindness improves overall physical health. Un­surprisingly, healthier people tend to be happier.

Exercise causes hormonal changes in the body that make you feel good and help interrupt negative thoughts. According to research cited in Santos’s course, clinically depressed people who exercised regularly improved just as much as those who took anti­depressants. And after ten months, the exercisers were less likely to relapse.

“Getting out of a depression is not exactly the same as happiness,” says Dr. K. Ranga Krishnan, a professor of psychiatry at Rush Medical College in Chicago. “But anecdotally, most people who exercise will tell you they feel better.” Anyone who has ever experienced a runner’s high will surely agree. 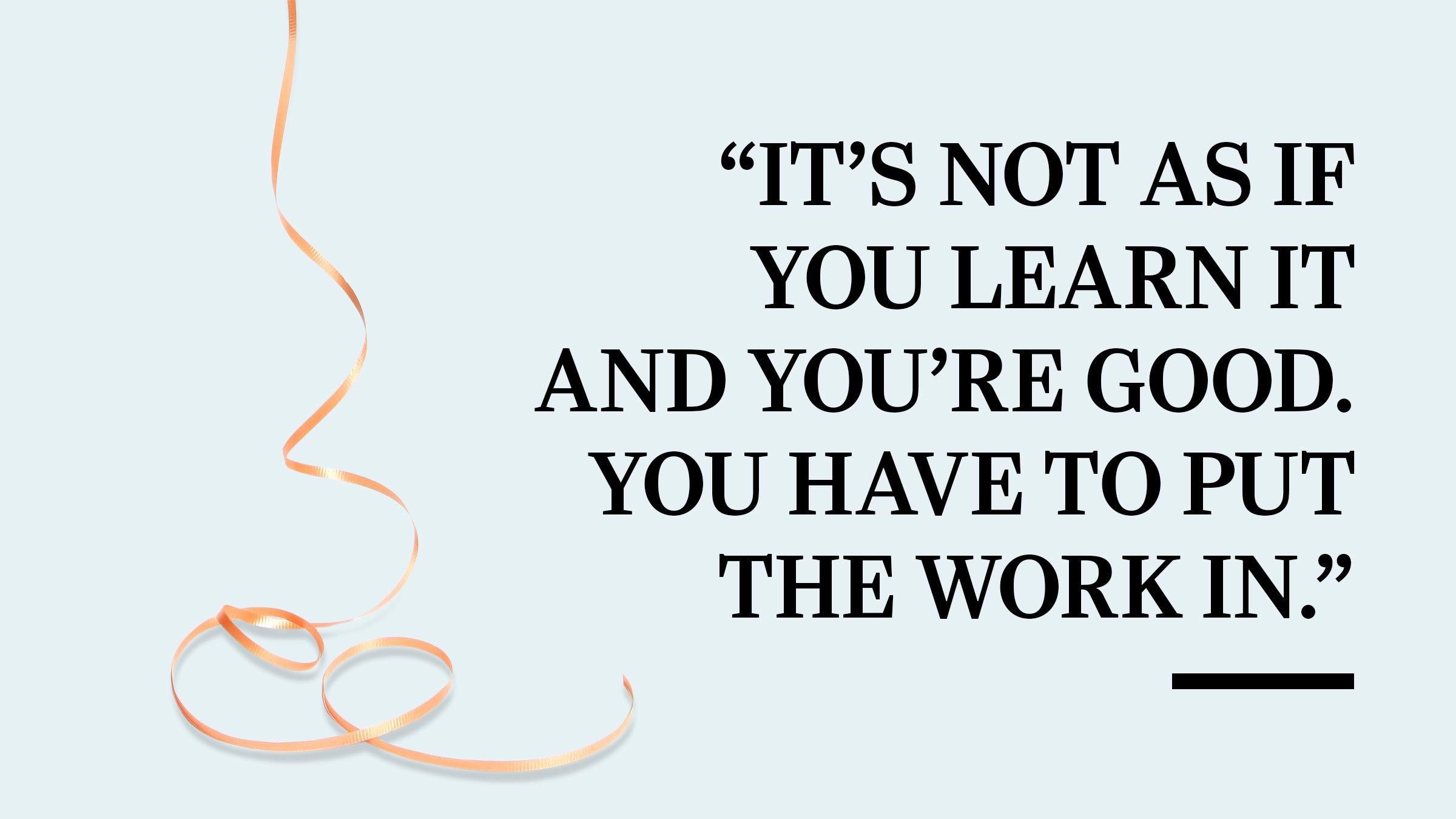 Just as shortchanging your sleep can make you grumpy, making time for sleep can boost your mood. “A lot of people know that sleep is good,” says Adam Krause, a psychology fellow and doctoral candidate at UC Berkeley, “but some are forced to sacrifice sleep because they have other things taking up their time.” In fact, Ian and I tried to get more sleep during the course, but our busy lifestyles made it difficult.

To conclude the course, Ian and I each had to commit to a happiness-promoting activity for four weeks. Ian decided to exercise more, and I decided to get more sleep. The first week, Ian went to the gym four times. During his initial visit, he texted me a treadmill photo because he was so excited to be there. That same week, I set an alarm to signal myself to get ready for bed. After a few days, I was so well-rested that I woke up earlier than usual to spend quality time with my teenage daughter while she got ready for school, and I was much more productive during the day.

The remainder of our four-week challenge didn’t go as flawlessly, but when we kept up with our goals, we felt happier. And we walked away from the experience with a desire to follow through on our commitments. Ian bought a treadmill. And I still have an alarm that rings when it’s bedtime.

The idea that you can make incremental gains in happiness is “one of the reasons folks are so intrigued by the course,” Santos says. “You can work on it. In fact, you should.” Next, here are the 18 things happy people never do (so you shouldn’t either).

The Best-Kept Secret of Finding Happiness

The 20 Happiest Countries in the World

50 Powerful Kindness Quotes That Will Stay With You