This Firefighter Pulled a Baby Out of Fire and Saved Her Life. 17 Years Later, He Attended Her Graduation.

Though he'd put out plenty of fires in his career, this particular rescue stayed with him. 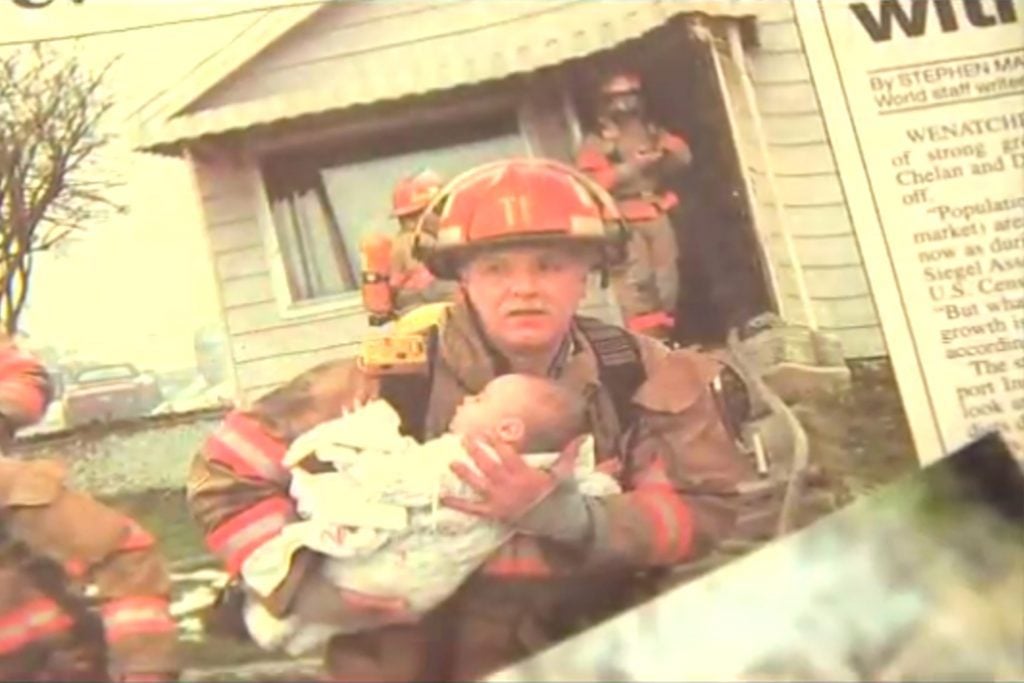 Seventeen years ago, now 61-year-old Mike Hughes, who was the captain of the Wenatchee, Washington, Fire Department, rescued a 9-month-old infant named Dawnielle Davidson from her burning house. In June of 2015, he watched her walk across the stage as she graduated high school.

“Our engine pulled up and the whole interior part of the house was burning heavily,” Hughes told ABC News about the 1998 fire. “My partner and I went in and I got a call on the radio that they suspected somebody was in the house.”

Davidson was still in her crib when the fire department arrived. “The door to the bedroom was partially open and she was in her crib just squirming so I snatched her up and got her to the front door and handed her off to the first firefighter who was there,” said Hughes. “Another 20 seconds, and it would’ve been a different outcome.”

The memory of the rescue stayed with Hughes throughout the remainder of his career, and years later he looked for Davidson on Facebook. When he found her, he sent her a message that read, “I think I pulled you out of a fire when you were a baby.”

Unsure of the message’s validity, she wrote back questioning him about where her mother had been at the time of the fire. Hughes correctly responded that her mother was at work. Hughes had passed Davidon’s test of legitimacy, and the two began to keep in touch and develop a friendship. He attended her track meets, and would even run into her family around their neighborhood. The story of this off-duty firefighter will inspire you. 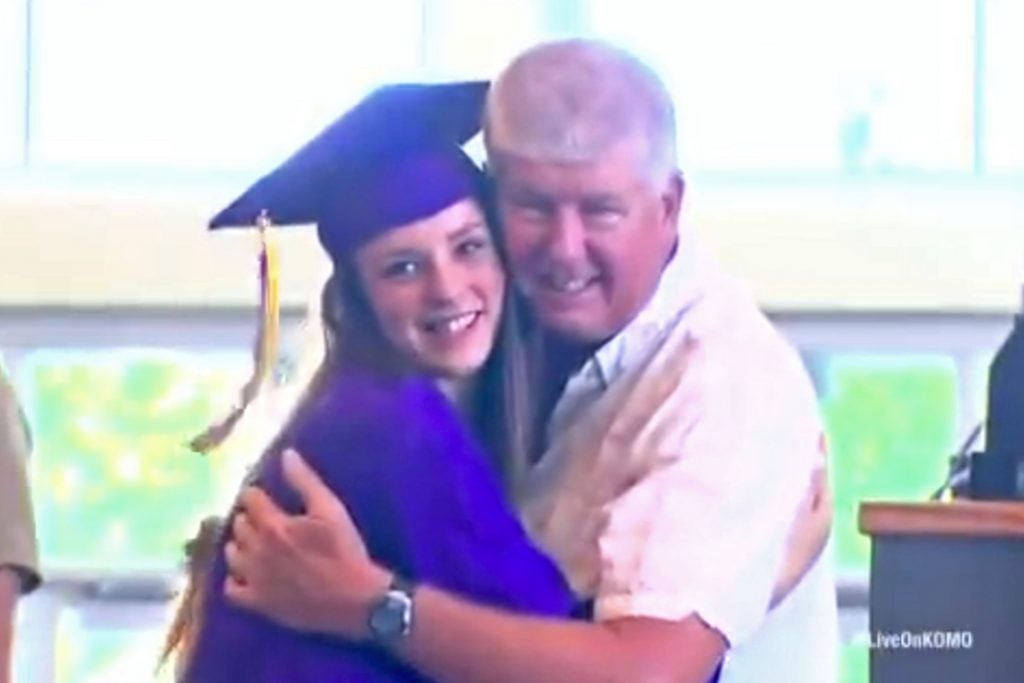 This past June, Davidson invited the man who saved her life to her graduation in Wenatchee, Washington.
“It’s really emotional,’ Davidson said in an interview with the ABC affiliate KOMO as she cried “happy tears.” She later told Hughes how grateful she was for him and his crew.

Hughes, emotional as well, was honored to attend Davidson’s graduation. “That’s what my career and the fire service is all about.”

MORE: My House Burned Down, and Here’s What It Taught Me: One Mother’s Heart-Pounding True Story