This Family Would Spend 5 Months Prepping for Thanksgiving

First the harvest, then the canning, and by fall, the barn and back-porch pantry smelled of spices, apples, and California bay leaves — with a hint of brandy. 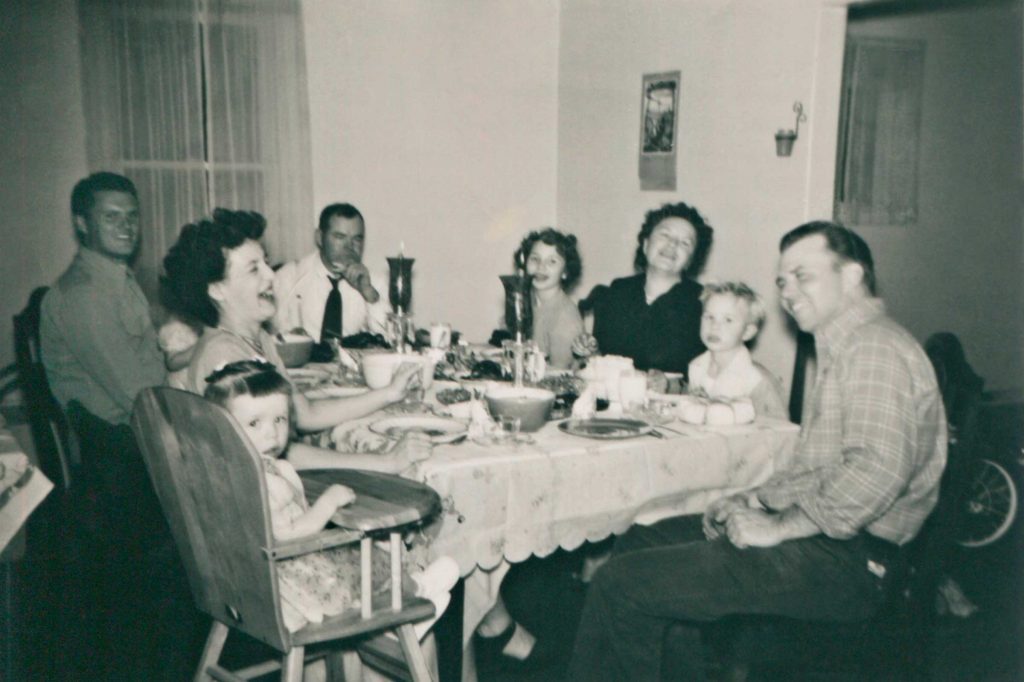 Preparations for Thanksgiving began early on my family’s sheep ranch in Northern California’s Anderson Valley. While my cousin and I were riding our ponies over the dry, grassy hills and swimming in the Navarro River, Mother, Grandma-Ma, Auntie Gert, and my older cousins began the annual ritual of canning in the old homestead’s summer kitchen.

The summer kitchen filled one end of a long enclosed back porch. It had a counter with a white porcelain sink; cupboards cluttered with canning pots, sieves, and funnels; a worktable covered with checkered oilcloth; and an ancient woodstove. A large pantry with shelving stood just beyond the old stove’s brick firewall.

By mid-July, the summer kitchen was running full steam — literally! Peas were always the first to be processed. Everyone Grandma-Ma could recruit sat on the back porch steps shelling the peas into large pans, as we wished we were out swimming. Then came the cherries. Grandma-Ma and Mother packed them into pint jars, while Aunt Gert separated the riper cherries into a large pot to be made into a delicious jam, which to this day is my favorite.

Peaches and apricots followed shortly. Apricots only needed to be washed, pitted and packed into jars. Peaches, the family’s favorite, were carefully blanched in the old black enamel kettle, then skinned, halved and packed. They were stored in a place of honor in the center of the pantry, shimmering golden in the light of the room’s sole 100-watt bulb.

Then came string beans, beets, corn, cucumbers and two giant Red Wing crocks stuffed with shredded cabbage slowly fermenting into sauerkraut. After the tomatoes were canned and the late summer apples stored, my cousin Skip and I helped Grandma-Ma and Aunt Gert hang bouquets of fragrant oregano and lavender high on the pantry walls. By fall, ropes of onions and garlic hung at the ends of the shelves; crates of apples, potatoes, squash, pumpkins and walnuts lined the floor.

I loved helping Grandpa search for the perfect branch of California bay leaves to hang over the pantry door, which he believed kept away the bugs. The bay leaves also found their way into Grandma-Ma’s winter soups and stews.

With the coming of November rains, Grandma-Ma filled the remaining shelf space with Folgers coffee cans packed with her famous fruitcakes—along with a bottle of brandy for the finishing touch. The pantry’s aroma of spices, apples and bay leaves drifted into the house, announcing the Thanksgiving season.

The weekend before Thanksgiving, aunts, uncles, and cousins began to arrive, and we all took up temporary residence in the five upstairs bedrooms and an old cabin in the redwood grove behind the house. My uncles helped Grandpa catch up on repairs around the ranch; my aunts baked every conceivable type of pie and bread; and we cousins played checkers, card games, and Monopoly in the front room, clustered as close to the warm woodstove as possible.

With four leaves extending the dining table into the front room, Grandpa would say grace, thanking God for the bounty stored in the barn and the back-porch pantry, which smelled of spices, apples, California bay leaves and a hint of brandy.

Planning this year’s Thanksgiving feast? Download our free Thanksgiving guide, for recipes, jokes, and more touching holiday stories like this. 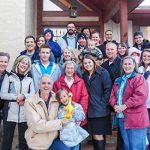 Warning: You Will Want to Steal This Family’s Quirky “Yule Chicken” Tradition