Five Popular Myths You Should Not Believe

We all have our cherished theories about everything from famous quips to favorite cures, not to mention history. But the facts tell a different story. How many of these five myths did you buy?

1. Showman P. T. Barnum said, “There’s a sucker born every minute.”
No, he didn’t. Here’s how we fell for this misconception, according to the Barnum Museum: In 1868, a man named George Hull, of Binghamton, New York, arranged for a slab of gypsum to be carved in the shape of a huge human being, then had it treated to resemble an ossified corpse and buried it on a farm near Cardiff, New York. About a year later, the artifact was “discovered” when the owner of the farm engaged some friends to help dig a well. Newspapers everywhere picked up the story of the “Cardiff Giant,” and soon thousands of the curious were paying 50 cents apiece to view it. Hull sold part ownership to a group of investors led by a man named Hannum, who moved the giant to Syracuse and doubled the admission fee.

Plus: 10 Food Cure Myths Put to the Test

Barnum made an offer to buy the giant but was turned down. Not to be outdone, he had a duplicate giant carved, which he exhibited, claiming Hannum had sold the original to him and had replaced it with a fake. Newspapers picked up Barnum’s version, and the crowds started coming to see his giant. It was then that Hannum—not Barnum—was quoted as saying, “There’s a sucker born every minute,” assuming his giant was real and the thousands paying to see Barnum’s fake were being ripped off. Hannum sued Barnum for calling his giant a fake. In court, the original hoax was revealed, and the judge ruled for Barnum, finding that Hull’s Cardiff Giant was a fake and Barnum was thus not guilty of anything.

Hannum and Hull have long since been forgotten, but the “sucker” quote has stuck to Barnum—who was nobody’s fool.

PLUS: Secrets Your Waiter Won’t Tell You and 15 Foods You Should Never Buy Again

2. During the infamous Salem witch trials, several people were burned at the stake.
Didn’t happen. It is true that in the hysteria of 1692, more than 100 people in the Salem, Massachusetts, area were accused of practicing witchcraft. Surviving documents reveal that 13 women and seven men were executed—19 by hanging, and one, Giles Corey, pressed to death by having increasingly heavy stones piled on his chest. Several others died in prison while awaiting execution. But not one was put to the torch.

Europe was a different story. The witch hunt had started there in the 14th century and intensified during the brutal Inquisition by which the Catholic Church hoped to eliminate heretics—that is, people who didn’t conform to church teachings. It was most active between the late 1400s and the mid-1600s, with witchcraft, an accusation almost impossible to refute, high on the list of heresies.

By the time the Inquisition came to an end, some 50,000 people had been executed throughout Europe, often by fire. But in the colonies, horrific as the trials were, no accused witches were burned.

PLUS: 8 Old Wives’ Tales: Which Should You Believe?

3. Baseball was invented by Abner Doubleday in 1839 in Cooperstown, New York.
Strike that one. Doubleday had nothing to do with the game. American baseball has its nearest ancestry in an English game called rounders, a version of which, called town ball, was played in America in the 1800s. A main difference between rounders and American baseball is that in the English game, a fielder could put out a runner by hitting him with a thrown ball that was originally a fielded grounder. Printed rules for rounders have existed since 1828.

How, then, was Doubleday credited? In 1907, a special baseball commission (which many felt had been convened purely to find an American “inventor”) concluded that Doubleday was its man, based solely on a letter it had received from one Abner Graves, who claimed they had been schoolmates. Graves wrote that he had been present at Coopers-town in 1839 when Doubleday devised baseball. But it is now known that no member of the commission ever met with Graves or had any follow-up communication.

It should be noted that Graves was five years old in 1839, 15 years younger than Doubleday, who was enrolled at West Point at the time. Further, Doubleday, who later enjoyed a distinguished military career, left an extensive collection of letters and diaries, none of which mentioned baseball—nor did his obituary in the New York Times.

In fact, the Baseball Hall of Fame calls Alexander J. Cartwright, who was a founder of the New York Knickerbockers, the Father of Modern Base Ball. If he and his teammates did not invent the game, at least they helped give it a structure recognizable today.

But some myths die hard, and there is little doubt the Doubleday story will remain a hit with future fans.

PLUS: The Truth Behind 6 Superstitions and Omens

4. Saint Patrick was Irish.
Blarney. Saint Patrick was born in 385 or 387 in what is now western Britain to a well-to-do Christian family of Roman heritage. When he was about 16, he was captured by a band of Irish marauders and sold to an Irish chieftain, whom he served as a shepherd. During this period, he spent considerable time learning the local language and customs. He escaped after six years and returned to Great Britain.

Several years later, he started his studies for the priesthood, and around 433, he went back to Ireland, built churches, and converted thousands. Although the exact dates are clouded in mythology, it appears that his mission lasted about 30 years; by the time of his death, in 461 or 493, Christianity had a firm hold in Ireland. In about the eighth century, Patrick became Ireland’s patron saint. As for stories of driving out the snakes and using a three-leaf clover to explain the Trinity, most scholars consider them fanciful folklore.

PLUS: Funny Bar Jokes and Stories

5. George Washington’s dour expression in portraits is due to ill-fitting wooden teeth.
No trees were chopped down in the service of our first president’s mouth—although it is true that he suffered for years from dental pain. From the age of 24, Washington lost, on average, one tooth a year, and by the time he was elected president, he had only one of his own teeth left.

Dr. John Greenwood of New York City, who became known as the father of modern dentistry, produced several sets of dentures for Washington, none of which involved wood. Washington’s favorites were fashioned from hand-carved hippopotamus ivory and gold; the upper and lower plates were hinged with springs that held them in position when they were opened. Washington had to bite down in order to keep his mouth closed. If he relaxed his jaw, his mouth would pop open.

After Washington’s death, one set of his dentures was donated to the University of Maryland Dental School. Another is on display at Mount Vernon (it’s currently on tour). After the dental school loaned its set to the Smithsonian for its bicentennial display in 1976, it was stolen. In 1982, half was returned. The other half has not been seen since. 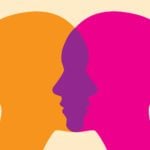 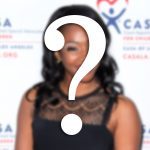