The 18 Funniest Tweets About Super Bowl 50 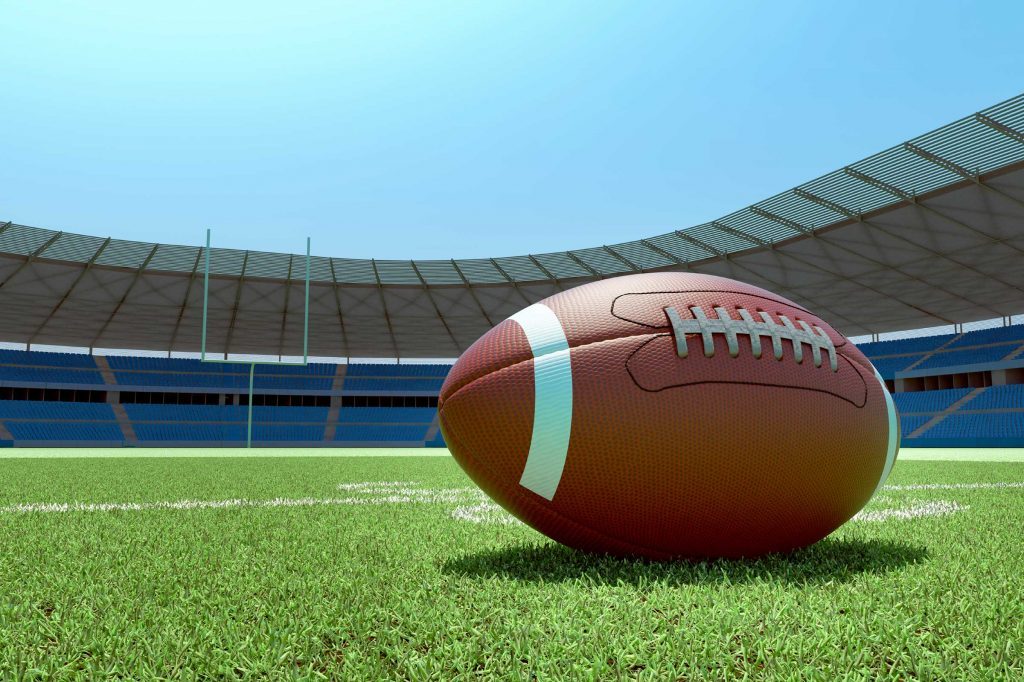 Last night at Levi’s Stadium, the Denver Broncos defeated the Carolina Panthers 24-10 in Super Bowl 50, but if you take Twitter’s word for it, the real winner was Mountain Dew’s  PuppyMonkeyBaby, and the real loser was anyone whose nightmares it haunted. From Lady Gaga’s epic National Anthem to Peyton Manning’s last-minute product placement, here are the funniest tweets of Super Bowl 50.

• I just learned that they stopped using Roman numerals for the Super Bowl this year, so classics majors now have extra-useless degrees. — Josh Gondelman (@joshgondelman) February 7, 2016

• Love you so much, @ladygaga. I’m so glad I loaned you my jumpsuit. 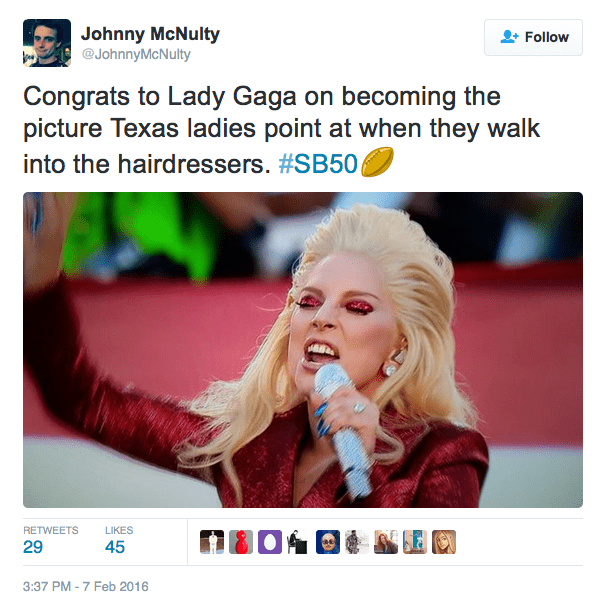 • Whether you watch the Super Bowl or switch to Downton Abbey, you’ll probably be hearing about a dude named Cameron Newton.

• I don’t think it’s right when they call linemen “offensive.”

• Why do I feel like the only person watching The Love Boat on KVME 20 right now??!? — Sarah Silverman (@SarahKSilverman) February 8, 2016

• A puppy monkey baby wouldn’t be able to talk. Let’s be realistic.

• That puppy monkey baby is already being used in ISIS recruiting videos. #SB50

• I don’t know why they keep saying Coldplay featuring Beyonce. You don’t say the The Son and the Holy Spirit featuring the Father. — Jozen C. (@jozenc) February 8, 2016

• Bruno Mars would be the coolest hobbit in the shire — Anna Kendrick (@AnnaKendrick47) February 8, 2016

• You should get 4 pts for hitting the goal post. It’s hard!

• I wish the commentators would slowly get drunk during the game just to match all the viewers. — kurt braunohler (@kurtbraunohler) February 7, 2016

• Remember, no matter who wins Super Bowl 50, they’re BOTH winners in my book– The Book of Not How Sports Work. 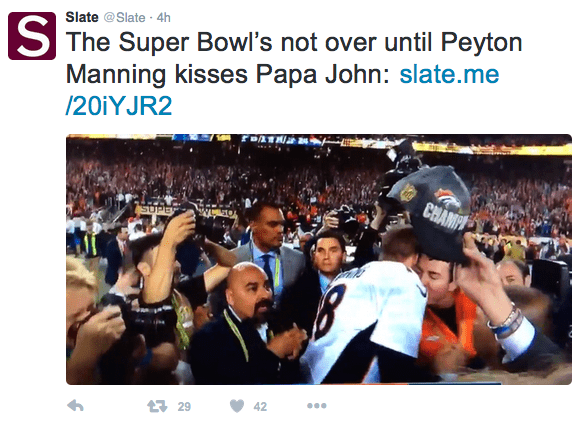