This Famous American Monument Is a HUGE Optical Illusion

How did we never see this. 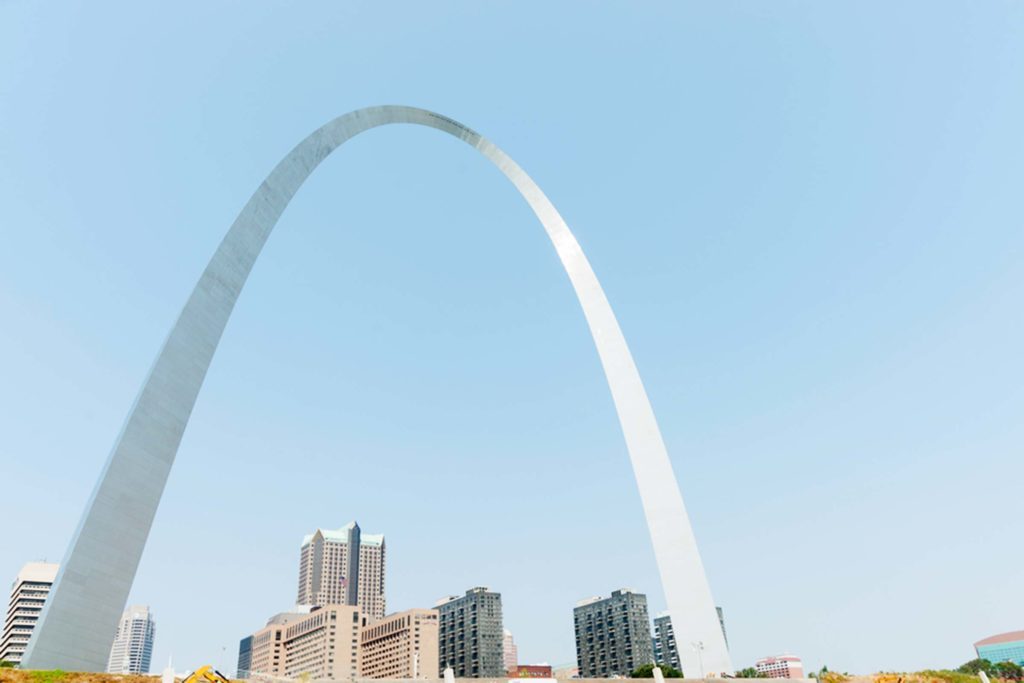 Andrey-Korshenkov/ShutterstockThe most famous buildings in America are a complete mystery to most of us. Many people don’t know, for example, that there’s a typo on the Lincoln Memorial, or that the Statue of Liberty wasn’t supposed to be green. Tell a coworker that the top of the Empire State Building was designed to be a zeppelin dock and they’ll rightly ask to inspect your coffee for traces of grain alcohol—and yet, it’s true. It’s all true.

Which brings us to the massive feat of visual trickery standing over one of the Midwest’s largest cities. We’re talking, of course, about the great Gateway Arch over St. Louis, Missouri. Designed for a 1947 competition by Eero Saarinen—a man whose futuristic creations would look right at home in The Jetsons—the Arch is a geometrical marvel, the tallest stainless steel structure in the world, and probably the biggest optical illusion you can see with the naked eye.

What are we talking about? Well, in pictures and in person, it’s easy to see that the arch is tall—certainly taller than it is wide, right? Wrong. According to the official Gateway Arch fact sheet, the monument is exactly as wide as it is long: 630 feet from the outside of the North leg to the outside of the South leg, and 630 feet from the ground to the apex of the curve. With a perfect 1:1 aspect ratio, you could draw a giant square box around the arch and fit it perfectly. (Something to keep in mind if they ever have to ship it cross country.)

If this seems impossible, blame our proactive brains. When we process images, our minds tend to naturally heighten shapes that point upward and narrow as they rise. This trick, when employed by artists and designers, is called “forced perspective.” Disney, for one, exploits it with aplomb; Many buildings in the Magic Kingdom, including Cinderella’s Castle, exaggerate their own height by using larger bricks at eye level and smaller bricks as structural height increases, creating the illusion of spires that stretch toward the heavens (but are in fact only a few stories tall).

Saarinen probably didn’t design his arch as intentional visual trickery (the original plans called for a height of 590 feet), but he was trying to soar over the competition. Twelve years passed between Saarinen’s design getting picked for the Arch and construction actually starting, and in that time new, taller buildings naturally went up around St. Louis. Saarinen likely modified his plans for the Arch in the 60s to better dominate the skyline. Plus, adds Bruce Detmers, an architect who worked on the Arch, the 1:1 aspect ratio created by an identical width and height created a more symmetrical geometric profile (even if nobody could really see it)— and Saarinen loved his symmetry.

Ready for another jaw-dropper? The most famous photo of all time might be fake. 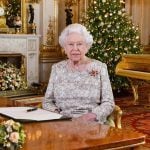 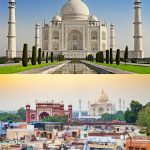