Get a Bigger, Faster Tax Refund

Know what credits you qualify for and get your check ASAP. © Hemera/ThinkstockThey’re the four words every American loves to hear at tax time: Pay less, get more. This year, Congress and the IRS have helped out by extending tax cuts for the next two years and legislating some temporary incentives, from college education to energy-saving equipment. But many people don’t take advantage because they don’t know they qualify for such breaks. Here are just a few of the ways to maximize your refund and get it sooner. For more, go to the IRS website.

TAX CREDITS VS. TAX DEDUCTIONS – The former directly reduce the tax you owe and are thus much more valuable than the latter, which normally reduces just the amount of income on which you ultimately pay taxes. For example, the American Opportunity Tax Credit provides up to $2,500 in tax credits for higher education, money that you can subtract dollar for dollar from the tax you owe. The credit covers 100 percent of the first $2,000 in qualified expenses (and that includes textbooks as well as tuition) and 25 percent of the next $2,000, which means you need to spend at least $4,000 to get the full credit.

ALTERNATIVE ENERGY CREDIT – Another way you might be able to save you money is with the Alternative Energy Credit. Many homeowners know that they can use this to be reimbursed up to 30 percent of the cost of installing alternative energy devices, like solar water heaters and geothermal heat pumps in existing homes. But, say tax advisers at May & Barnhard, people who built a new home in 2010 can also allocate part of the purchase price for the tax credit if one of these devices came with the home; you merely need to get a cost breakdown from the builder.

SALES TAX DEDUCTION – If you made a big purchase this past year, such as a car or a boat, that you paid sales tax on, you can take the option of deducting the state and local taxes you spent rather than income tax. According to Melissa Labant of the American Institute of Public Accountants, you also qualify for an additional deduction for your other purchases during the year, based on what state you live in. Go to the IRS website for more info.

ROTH IRAS – For Jeffrey May at May & Barnhard, the biggest tax tip this year (and any year, under the current tax law) is the Roth IRA. The traditional IRA—which allows you to deduct your contribution from your current income but requires you to pay tax when you withdraw funds—has numerous restrictions, including a penalty for early withdrawal and a required distribution once you turn 70 1/2. The Roth IRA has you pay tax on your current contributions, but then you’re home free—all dividend, interest payments, capital gains and distributions are tax-free. What’s more, you can in some cases use the savings in the Roth IRA for purposes other than retirement without paying a penalty, and there’s no required distribution at any age. Starting last year, Congress allows you to convert a traditional IRA to a Roth IRA, and in 2010 allows you to report the income either in two equal portions over two years (thus giving you a two-year deferral of the income) or in one lump on the current year’s return. You can open a Roth IRA or make contributions for 2010 anytime before April 15. To open a Roth IRA, go to www.rothira.com.

FASTER REFUNDS – Take advantage of e-filing and direct deposit refunds. E-filing is faster (you can get your refund in as little as 8 days), and more reliable and significantly reduces the number of errors on returns, IRS spokesman Dean Patterson says. The free software for e-filing (available at irs.gov) catches errors, especially mistakes common on paper returns: illegible handwriting and transposed numbers. More than two thirds of tax returns for 2009 were made electronically. “E-filing,” says Patterson, “is the way to go.” 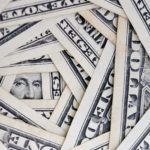 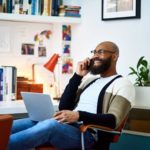