Could a Gluten-Free Diet Improve Your Sex Life?

There's a link between undiagnosed celiac disease and low sexual satisfaction. Here's what you need to know about gluten and your sex life. 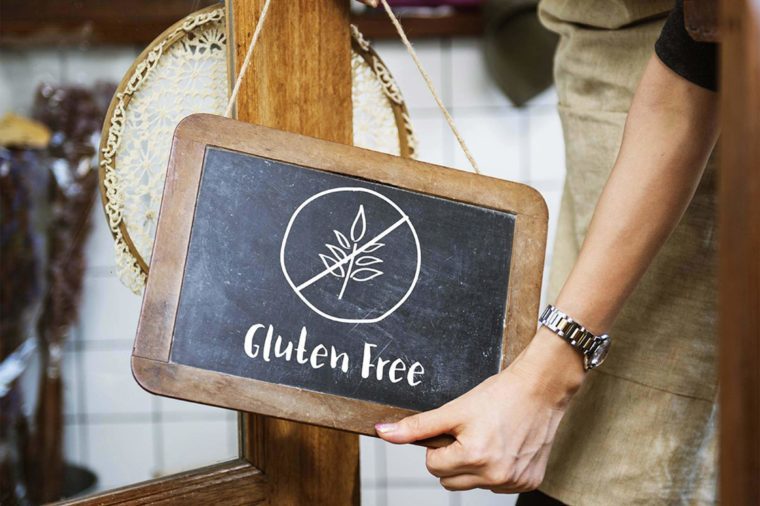 If you’ve been feeling like your sex drive is lacking, gluten could be to blame

We know that people with untreated celiac disease suffer from a variety of serious symptoms—from digestive problems, depression and fatigue to serious reproductive issues, such as infertility and miscarriage. However, recent research has revealed that there’s also a link between gluten intolerance, sex drive, and overall sexual satisfaction.

According to a study conducted by the Department of Gastroenterology at Federico II University in Naples, Italy, there’s a direct correlation between untreated celiac disease and a lowered sex drive. The study found that adults with untreated celiac disease had a much lower frequency of intercourse and reported less satisfaction with their sex lives. However, after following a gluten-free diet, participants experienced an increase in their libido. Don’t miss these symptoms of celiac disease you could be missing.

What a life-long gluten-free diet could be for you

Participants in the “never gluten-free” group had decreased sexual activity and also reported less interest in sex—18 percent said they had low interest in sex, compared with 13 percent of the gluten-free diet group.

Alice Bast is the founder and president of the National Foundation for Celiac Awareness (NFCA). As she explains, we all want to feel sexy and satisfied, however this can be challenging when you’re dealing with untreated celiac disease. “Some of the symptoms of celiac disease include gas, bloating, depression, and fatigue. When you have these kinds of digestive issues, it lowers your libido because you’re not feeling good about yourself and instead, feel self-conscious,” says Bast. Therefore, it makes sense that you wouldn’t want to be intimate with your partner. As Bast says, “celiac disease can make your mojo a no-go.”

The effect of gluten on hormones

So should you try a gluten-free diet?

The good news is that with proper diagnosis and treatment through a gluten-free diet, it’s possible to restart your health and sex life. If you suspect you might be suffering from undiagnosed celiac disease, Bast suggests referencing a symptoms checklist and scheduling an appointment with your doctor to get properly tested. If you are diagnosed with celiac disease, a gluten-free diet can help—especially with digestive issues. (Try some of these gluten-free foods nutritionists love.)

While some people go gluten-free for reasons other than celiac disease, Bast cautions against self-diagnosis and says it’s important to always consult with your doctor, since there could be an underlying issue. Although researchers have shown a link between celiac disease and your sex life, it’s not the be-all-end-all cause of all sexual dysfunction. Sexual dysfunction may be a symptom of other medical issues; therefore it’s important that you speak with your doctor first before making any dietary changes.

Can You Leave Hand Sanitizer in a Hot Car?