See the slideshow of 13 Ways to Go Green

Q. Should I turn off the lights every time I leave the room?

Let your bulb answer that. You save energy with the lights off, even for a few seconds. But flicking that switch shortens every lightbulb’s life. Incandescent lightbulbs are cheap, so turn them off when you can. Compact fluorescent lightbulbs (CFLs) aren’t cheap — about $4 each — but one will save you about $30 in electricity charges throughout its life span over an incandescent. And don’t worry, turning on a lightbulb doesn’t burn a lot of energy. The Department of Energy’s office of Energy Efficiency and Renewable Energy says that the amount of electricity needed to turn on a bulb equals a few seconds of its burning brightly.

Reader’s Digest Version: Turn off incandescents if you’re leaving the room for more than five seconds; CFLs, if you’ll be gone at least 15 minutes.

Q. Do I really have to unplug my TV, phone chargers, CD player …?

Even when they’re not on, electricity courses through the plugs of your electronic gadgets so that they’ll jump into action more quickly. This “vampire electricity” sucks up $4 billion a year in energy for things that aren’t even on. Your laptop alone, turned off but plugged into the wall, will cost you $9 a year. Cell phone chargers that aren’t connected to a cell phone cost 14 cents a year. With some 260 million chargers out there, it adds up.

Q. I know cold-water washes are greener, but will they get my clothes clean?

For a hot-water load, about 90 percent of the energy used to wash clothes goes to heat the water, not agitate your clothes. The good news is, washing your clothes in warm or even cold water will get rid of almost any grime, except for the worst dirt or oily stains.

Reader’s Digest Version: Switch from hot to warm water to cut energy use in half; cold, to cut it even more.

Q. Dirty dishes: by hand or by machine?

By the time you wash a sinkload of dirty dishes by hand, you’ll go through 4 to 5 gallons of water. Modern dishwashers use as little as 2 gallons. Sure, dishwashers require electricity, but new ones use 95 percent less electricity than machines built 30 years ago, and they clean well enough that in most cases, there’s no need to pre-rinse.

Reader’s Digest Version: Stick to full loads, use the pot-scrubber option only if necessary, and hit the no-heat or air-dry option.

Q. Peanut butter jar: a simple rinse or a full-on scour before recycling?

A small amount of food won’t gum up the recycling works, so don’t waste a lot of water making that peanut butter jar pristine. You should do it mostly to keep pests away. And that lime in your empty beer bottle? Leave it.

Reader’s Digest Version: Rinse out what you can, then recycle.

Q. Soda bottle tops: on or off before recycling?

It depends on where you live. Some localities insist on no tops; others are more laid-back. Leave them off because 1) the caps are not always made from the same plastic as the container, and 2) they can jam the processing equipment.

Reader’s Digest Version: Off with their heads!

A key ingredient in plastic bags is fossil fuel, and making them — from drilling and refining oil to actually manufacturing the bags — is a messy business. Turning timber into paper bags isn’t exactly clean either. Paper mills contribute to acid rain, global warming, and respiratory ills. Plus, they demand loads of energy and water. Even bags made from recycled paper are six times as heavy as their plastic cousins, so trucking them across the country means more gas consumed and more noxious fumes. But, you cry, paper bags decompose in landfills and plastic doesn’t. Wrong! Virtually nothing decomposes in a landfill, where garbage is kept from air and water to prevent bad stuff from leaching into groundwater. The stuff that does biodegrade can take tens, or even hundreds, of years to break down — and in the process, it gives off methane gas, which contributes to global warming.

Reader’s Digest Version: Paper and plastic are both lousy choices. Take your own reusable canvas bags.

Far less energy is needed to heat and blow air at your hands than to make paper towels and haul them around. One study found that nine trees are cut down to supply an average fast-food restaurant with paper towels for a year; the tossed towels then create 1,000 pounds of landfill waste.

Reader’s Digest Version: If there’s a choice, go for the hot air.

Q. Should I turn off the computer when I leave for the day?

At the Department of Energy, if an employee goes home for the night without shutting off her computer, the DOE network does it for her. Take that as a sign that you should too. According to Go Green, Live Rich by David Bach, only 34 percent of employees power down their computers. Americans would save $4.3 billion in energy costs, and avoid 32 million tons of CO2 emissions, annually by turning off office computers and lights. Don’t worry about wasting energy powering up your computer. The only extra juice needed is in the first two minutes, and even that’s barely more than any other two minutes of use. The real problem: Repeated rebooting is a pain.

Q. What exactly can I put into those blue recycling bins — the ones that say “White Paper Only”?

Good news for all of you who neglected to read your blue bins and tossed in anything remotely papery: Technology has progressed enough that most recycling facilities will let it slide.

Reader’s Digest Version: Toss in newspapers, cardboard, magazines, envelopes with the plastic windows, and even the occasional staple.

Q. Let the car idle or turn it off?

As the California Energy Commission (CEC) points out, “Idling gets zero miles per gallon,” so why waste the fuel? The old thinking was that starting up the car took more gas than letting it sit and run awhile. Yeah, if you’re driving a Packard, but not so with modern, fuel-injected autos, where ten seconds of idling can use more fuel than turning on the engine.

Reader’s Digest Version: Idle for 30 seconds if you must. Longer than that: Turn it off.

Q. But I should still idle my car in really cold weather before driving, right?

Cars warm up faster when driven, says the CEC.

Reader’s Digest Version: Turn it on and go.

One school of thought insists that air conditioners are a drain on the battery and gas.

Another claims that open windows cause aerodynamic drag, forcing the car to gulp more fuel. Yes, while sailing along a highway, the air conditioner does steal power from the car engine, but Consumer Reports and Edmunds.com found that it amounts to only about a mile per gallon, worth it on a scorching day. On the other hand, open windows do cause a drag on the car, making it work harder, but not by much.

Reader’s Digest Version: On the highway, do what feels most comfortable. But around town, try to drive with the window down. Your hair will be a mess, but you’ll save some gas. 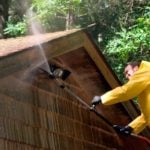 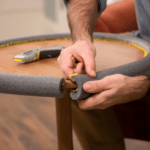