Got 22 Bucks? Make a Standing Desk, Save Your Life

Recent studies show that sitting for long chunks of time significantly impacts your health—and not in a good way. Scientists

Recent studies show that sitting for long chunks of time significantly impacts your health—and not in a good way. Scientists have noted, for example, a correlation between hours spent sitting in front of the TV and a decline in life expectancy: According to the Times, spending an hour watching the tube might reduce your lifespan by nearly 22 minutes if you’re over 25 years old, whereas smoking one cigarette cuts it down “only” by about 11 minutes. Included in that same article are sobering statistics about general sedentary behavior: “Those who sat the most, had a 112 percent increase in their relative risk of developing diabetes; a 147 percent increase in their risk for cardiovascular disease; and a 49 percent greater risk of dying prematurely — even if they regularly exercised.” Tough cookies for office workers.

Of course, these numbers aren’t exactly breaking news (especially not for health nuts), nor is the idea of stand-up desks—specially-made furniture designed as a healthy alternative to the creeping death that is your office chair. But now might be a good time to reconsider the statistics: While everyone else is hitting the gym as part of their 2013 resolutions, by opting for a standing desk you can reconfigure your workstation and seriously improve your health in the long run.

Here’s a bummer, though: standing desks can go for hundreds upon hundreds of dollars. Plus, depending on your office, hauling in an entirely new piece of furniture may not be the most practical option anyway.

That’s where Colin Nederkoorn, CEO of Customer.io comes in. He’s put together relatively simple assembly instructions for a standing desk that will only cost you $22 in total: You just need to pick up a few items from Ikea and some basic screws. Best of all, you can place it on top of whatever desk you’ve already got. Bonus!

(Thanks to MNN’s editors’ blog for bringing up the topic in the new year.) 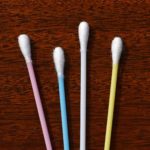 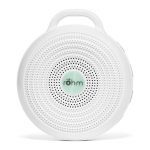