Awwwww! After 75 Years, These Grade School Sweethearts Are Finally Reunited

They even drove back to the schoolyard where it all began! 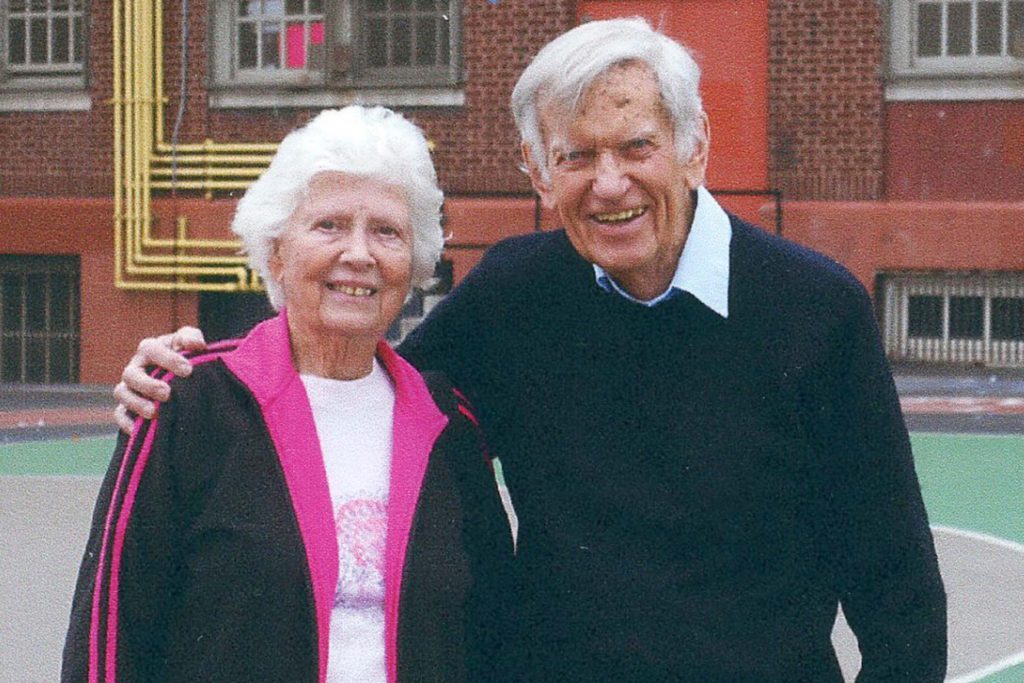 Who would have thought: 75 years later, having a lunch date with your dance partner from a grade-school play?

Edie Richardson was one of the nicest and prettiest girls in class, and I was on cloud nine being her partner in a big dance number. We were sixth graders, and the school play was one of the major events of the school year.

As the play commenced, the teacher placed her portable record player on the side of the stage and turned up the volume, and we were dancing the minuet the moment the music started. The dance was very graceful and I had fun dancing with Edie. The play took place in colonial times and included a portrayal of George Washington. So she wore a long dress, while I wore a dark suit with knickers and a roll of cotton for a wig.

The years sped by, and Edie married and raised a family on Staten Island, where she now lives. I moved upstate, got married and now live in New York’s Finger Lakes region. We’ve both lost our spouses. 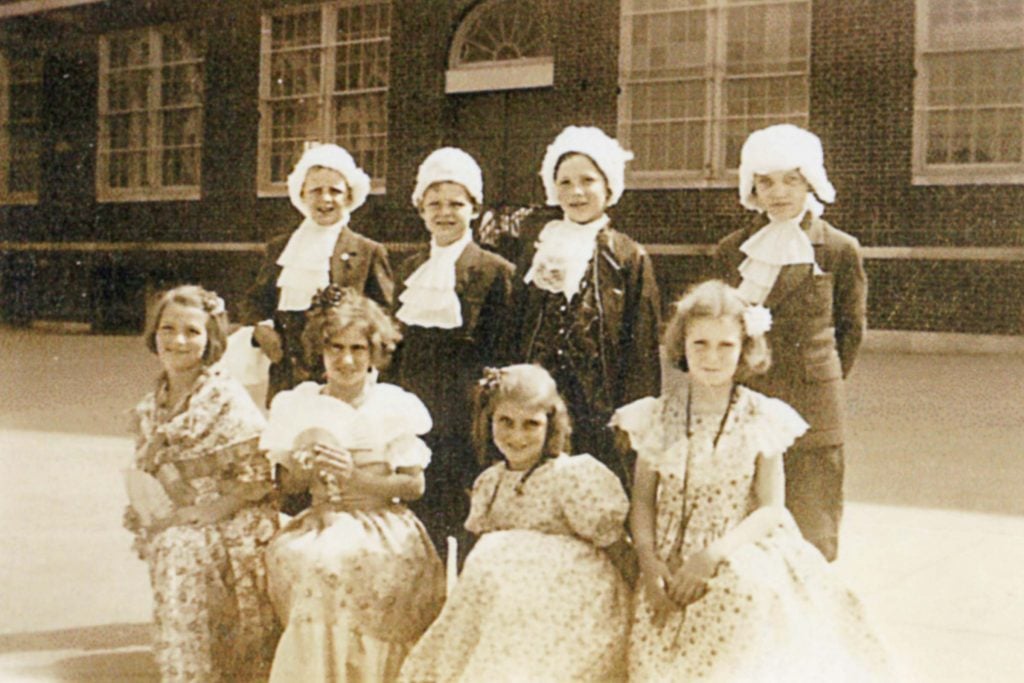 While leafing through an old photo album dating back to the 1940s, I came across prints of the cast members in the play. I decided to send the prints and a note to Edie to see if she would write back. Within a week I had a letter from Staten Island. We had a lot of catching up to do.

Several months later, while visiting my daughter, I met Edie for lunch. We drove to the schoolyard where the class pictures were taken and found someone to take a photo of us together.

Will we do the minuet again? We both get around OK, but if there is going to be another dance, we’ll have to leave it to our imaginations.