"The present will forever be the greatest gift I've ever received."

Liderina/ShutterstockSome teens dream of a new car or over-the-top party for their sweet 16, but one grandfather spent years making a way more thoughtful gift for his granddaughter.

When Lauren “Ren” Blank was two years old, her grandpa started taking notes every time they got to spend time together. He kept the habit up until she was five years old, filling up three notebooks over the three years.

On Blank’s 16th birthday, her grandfather decided she was old enough to fully appreciate the meaning behind the books, and gave them to her as a present. When Blank realized what the gift was, she was in total shock. “Then my emotions sunk in, and it really touched me,” she says. The rest of her family was just as surprised because her grandpa hadn’t told anyone about his plan.

Blank posted a picture of the present on Twitter, and the tweet has received more than 600,000 likes.

today for my birthday, my grandpa gave me 3 books filled w stories of each time he hung out w me from the age of 2 to 5. I am speechless.? pic.twitter.com/fyeOUV1K2J

The notebook entries detailed specific things Blank had said or done, along with her emotions to “really connect my memories to how I was,” she says. Her grandpa recorded his memories of the two of them laughing and playing made-up games. “Throughout the stories he would repeatedly add how much he loved and cared for me,” says Blank.

Blank says she’ll cherish the gift forever—way more than any other materialistic present. “The gift will forever be the greatest gift I’ve received because of how much value and meaning it has behind it,” she says.

MORE: The Heartwarming Reason My Dad’s Favorite Chair Will Never Leave My House

Do you live in a place where kind is the golden rule? Help us in our search for Nicest Place in America by nominating it today! If chosen, it will appear on an upcoming cover of Reader’s Digest! 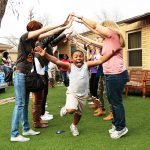 Meet The Woman Who Throws Birthday Parties For Homeless Kids 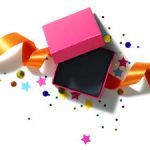 This Is My Mother’s Bizarrely Simple 75th Birthday Wish