Grandpa Wrestles a Gator to Save His Dog

Florida retiree Steve Gustafson stops at nothing to rescue his dog Bounce from the jaws of a seven-foot-long alligator.

It had been a particularly rainy summer in quiet Lake County, Florida. The water level had risen in two ponds nestled among large green lawns in The Villages, a retirement community where Steve Gustafson and his wife, Regina, lived, and the reeds and brush had grown thick along the water.

As he had done often since retiring from corporate law 12 years ago, Gustafson, 66, went outside to do yard work one afternoon last September. His nine-year-old West Highland white terrier, Bounce, romped nearby.

Suddenly, Gustafson was startled by a terrifying sound. “I heard a scream from Bounce—just bloodcurdling,” he says. “I ran down the hill and saw Bounce in the mouth of an alligator. It was headed right to the water.” The power of these brave dogs will inspire you. 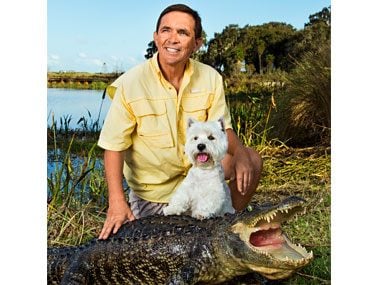 The little dog had wandered into the tall grass along a pond, about 45 feet from Gustafson’s fenceless yard. The alligator, which looked to be at least seven feet long, had sprung from the shallows of the pond and was now holding the dog’s collar between its teeth. It turned away from the bank and began quickly gliding into the water, tugging the dog along with it. Gustafson yelled, “You’re not going to get her!”

“I did a flying leap and landed on top of the alligator,” he recounts.

Clambering to his feet in the water, Gustafson grabbed the scaly back leg and tail of the gator and yanked—which caused the animal to release the dog. Bounce paddled frantically toward the shore.

Then the alligator whipped around and sunk its teeth into Gustafson’s right hand. “I screamed at the top of my lungs,” he says. “I’m thinking, I’m in trouble. But it didn’t hang on.” Gustafson was able to free his hand when the beast opened its jaws again. With his injured hand, Gustafson clamped the animal’s snout shut, then he grabbed its back leg, pulling its head underwater.

“I yelled to Bounce to get to the shore, but she was exhausted. I knew if I didn’t get to her quick, she was going under,” he recalls.

When Gustafson released the alligator, it swam away, scraping and bruising him with its back leg. He grabbed Bounce, climbed out of the pond, and carried the dog up the hill to the house.

Gustafson may be a grandfather of two, but he says his physical fitness—he plays softball and runs sprints with a track club—helped him save his dog.

Since the event, Bounce has been subdued and stays close to home. Gustafson says, too, that the terrier has grown more affectionate. “She likes me a lot more than she used to,” he chuckles. 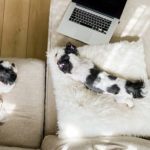 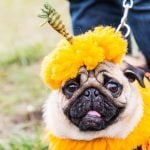 Don’t Dress Up Your Dog for Halloween Before Reading This